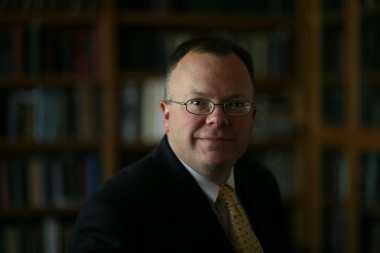 Joe B. Fulton is Professor of English at Baylor University in Waco, Texas, where he has been honored as an "Outstanding Professor for Scholarship" and as a "Baylor University Class of 1945 Centennial Professor." Dr. Fulton has published numerous books and articles on American literature. His work has appeared in American Literary Realism, Christianity and Literature, ESQ, The New England Quarterly, and many other journals. He is the author of Lost Liberty: Recovering Historical Definitions of America’s Most Important Word (Createspace, 2014), the result of his obsession with collecting American dictionaries. In addition, he has published five books on Mark Twain: Mark Twain’s Ethical Realism: The Aesthetics of Race, Class, and Gender (University of Missouri Press, 1997); Mark Twain in the Margins: The Quarry Farm Marginalia and the Composition of A Connecticut Yankee in King Arthur’s Court (University of Alabama Press, 2000); The Reverend Mark Twain: Theological Burlesque, Form, and Content (The Ohio State University Press, 2006); and The Reconstruction of Mark Twain: How a Confederate Bushwhacker became the Lincoln of our Literature (Louisiana State University Press, 2011), winner of the Jules and Frances Landry Award for Outstanding Achievement in the Field of Southern Studies; and Mark Twain Under Fire: Reception and Reputation, Criticism and Controversy 1851-2015 (Camden House, 2016; Paperback edition, 2018). Dr. Fulton serves as the Publisher and Editor-in-Chief of the Mark Twain Journal.