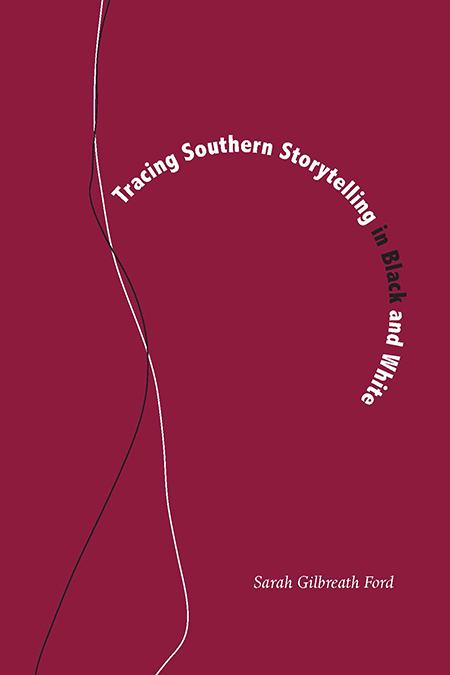 Tracing Southern Storytelling in Black and White is a study of the historical use of oral storytelling by southern writers in written works. In each chapter, Sarah Gilbreath Ford pairs a white and an African American writer to highlight points of confluence in black and white southern oral traditions. She argues that the connections between white and African American southern writers run deeper than critics have yet explored, and she uses textual comparisons to examine the racial mixing of oral culture.

On porches, in kitchens, and on the pages of their work, black and white southerners exchanged not just stories but strategies for telling stories. As a boy, Joel Chandler Harris listened to the stories of African American slaves, and he devised a framework to turn the oral stories into written ones. Harris’s use of the frame structure influenced how Charles Chesnutt recorded oral stories, but it led Alice Walker to complain that her heritage had been stolen. Mark Twain listened to African American storytellers as a child. His use of oral dialects then impacts how Ralph Ellison and William Faulkner employ oral storytelling and how Toni Morrison later writes in response to Faulkner. The interactions are not linear, not a chain of influence, but a network of interactions, borrowings, and revisions.

Ford’s pairings lead to new readings that reveal how the writers employ similar strategies in their narratives, due in part to shared historical context. While Zora Neale Hurston and William Faulkner, for example, use oral storytelling in the 1930s to examine the fear of racial mixing, Ellen Douglas and Ernest Gaines use it in the 1970s to build bridges between the races. Exploring the cultural crossing that occurs in the use of oral storytelling, Ford offers a different view of this common strategy in southern narrative and a new perspective on how culture is shared.

"Tracing Southern Storytelling in Black and White is a significant contribution to literary scholarship of the US South and an important resource for those interested in studies of the self, oral storytelling, and narrative influences in southern and African American literature." —South Central Review