3D printing is coming to the factory of the future. Instead of using 3D printing to model what a part could look like, 3D printing is evolving to become the part itself. Think a small building or a car, even custom details for a car—and it’s all POSSIBLE with the help of large-scale printers.

“3D printing is pretty remarkable in that you can get whatever amount of detail
you want with very little, if any, extra cost,” said Dr. Douglas Smith, associate professor and graduate program director for
mechanical engineering. 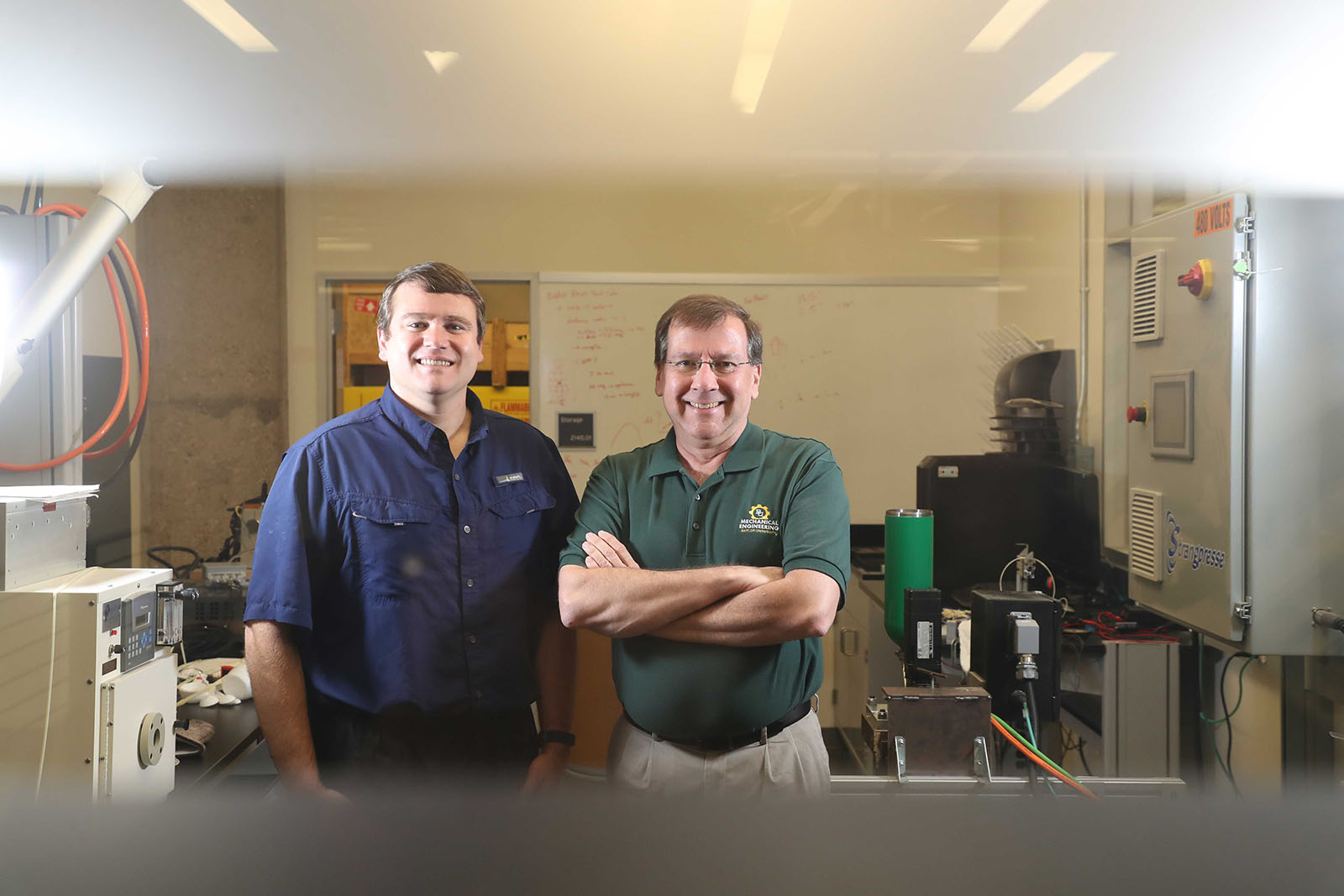 The research of Smith and Dr. David Jack is focused on the heart of a 3D printer, called an extruder. “We do a lot of testing and measurements of the polymer as it comes out of the extruder,” said Jack, associate professor of mechanical engineering. The polymer is deposited onto a small moving platform. “Think of it as a really big glue gun.”

The researchers are studying the rate at which the material flows through the nozzle and how it gets laid down on the surface.
All of these factors can affect the end product, which is only limited by what the mind can imagine.

You won’t see a 3D machined car when you go to their lab—that’s the application for what they’re developing. With the industry evolving, the work they do is helping to make the printing more efficient.

A polymer is a strand of atoms, poly, and mer means many. Depending on how they’re organized, different variations result in different properties. The plastic buttons on the side of a cell phone, the screen, the back of the case—all are made of varying types of polymers. 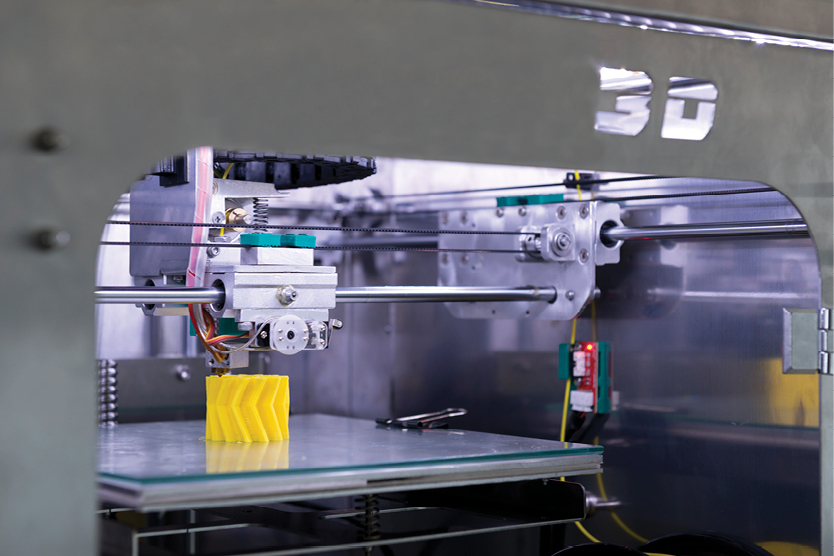 “Polymer flow fiber reinforcement has been around for decades. The modeling behind it is an ongoing area for many applications. What we’re doing is taking our knowledge and applying it to new applications,” said Jack. The research has two areas of focus.

First, depending on how the atoms are aligned, “our research is to understand how each of these individual polymers will behave within the extruder system,” said Jack.

The second aspect of the research is the addition of fibers. “If I could take a polymer and mix it up with carbon fiber, I can actually make it stronger than a metal and lighter. It’s why the aerospace industry is going to carbon fiber aircraft, not aluminum,” he said.

“What’s interesting about this is that if you change anything—so think back to your glue gun—if you change tips on a glue gun, you get a different amount of glue that comes out. If you get a tip with a really tiny nozzle, with a little tiny pinhole in it, it’s really hard to squeeze the glue out, but you get really fine results,” said Jack.

“We can change the nozzle to essentially create differential properties. With this material, because of the fibers that are inside of it, how you lay it down changes the material properties,” he added, noting the resulting product could be more impact resistant, resist fatigue or better sustain damage.

From Classroom to Lab

The two first met when Jack was a junior in Smith’s machine design course nearly 20 years ago at the Colorado School of Mines. Smith later served as Jack’s PhD advisor.

Fast forward and the two have been collaborating at Baylor for the last several years, though their world of research is a narrow one and their paths have crossed several times before.

PhD student Blake Heller is part of their research group. He creates computer models of the work that can be tested in the lab. “Processes that seem fairly simple are very complex when you look much more closely,” Heller said.

“Small changes in chemical or physical makeup can completely change the overall mechanical properties. This allows you to contour the makeup of materials to get the desired properties,” he said.

Oak Ridge National Laboratory in Tennessee 3D-printed the first electric car, the Strati, in 2014. It took just 44 hours. “Their first-generation car was phenomenal,” said Jack. “They approached us with a challenge they were having and realized we were one of the groups that might be able to help understand how the fibers align, how the polymer comes out from that nozzle. It’s one aspect of this large system,” he added.

The duo has received past funding from Oak Ridge, which is the largest U.S. Department of Energy lab focused on energy and security. “Think of them as a central hub and there are a lot of different technologies that different schools and different companies can contribute to make this really big problem successful,” said Jack.

Smith said an industry shift from rapid prototyping of 3D samples that can be tested before going to production has changed, with the focus now on additive manufacturing. The goal is “how can we actually produce a part with 3D printing that is the part we’re going to use,” he said.

“That’s what puts a lot of extra attention on the whole engineering aspect of it because no longer are we just making something that’s just a show piece or toy, but it’s actually going to be a structural object that requires the strength and the stiffness and dimensional stability that these higher grade materials can give it,” Smith said.