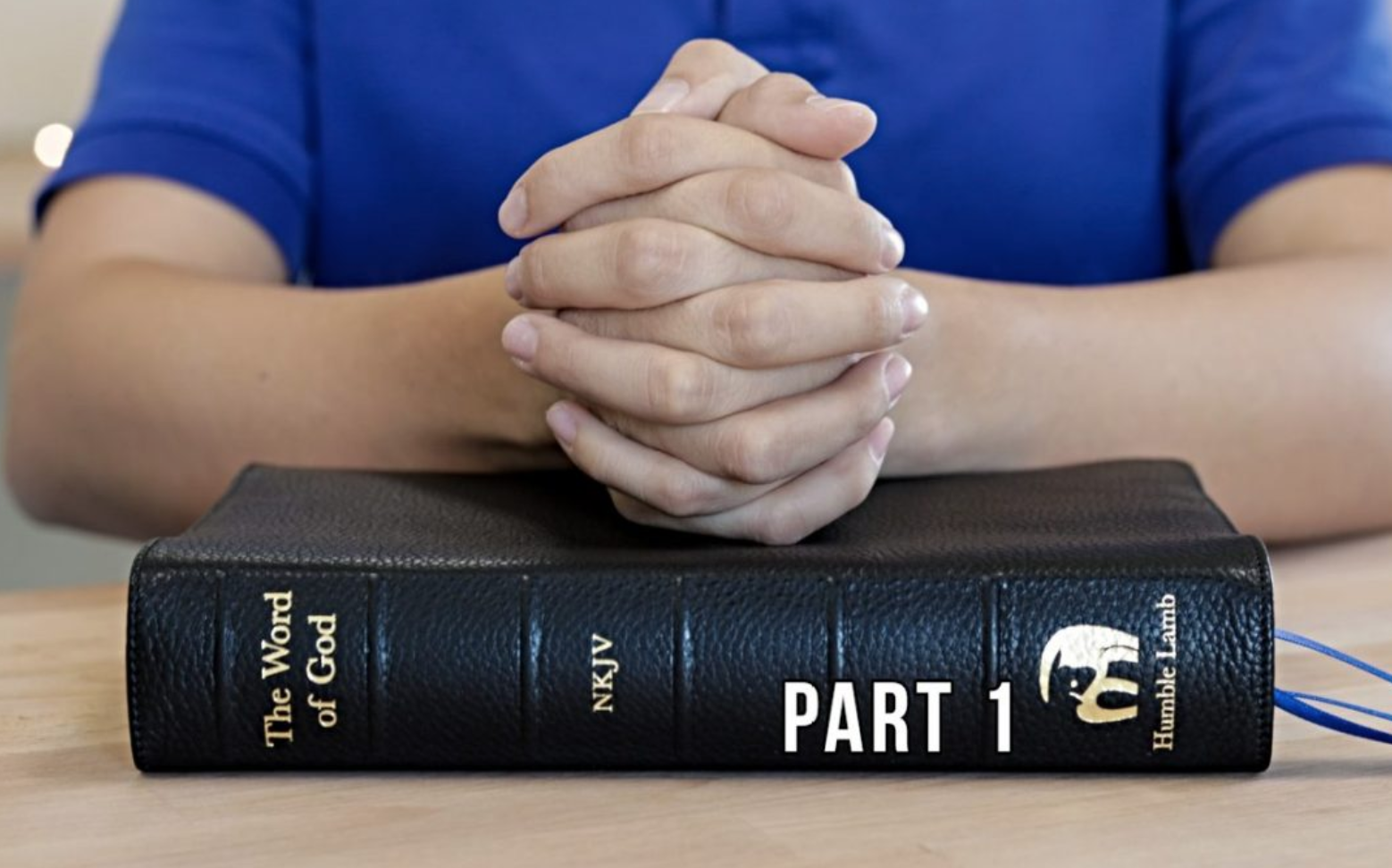 I was the pompous Christian college student who spent time with friends memorizing Scripture, even if I didn’t truly live them.

It was misplaced rigor, misguided piety and an out-of-focus faith. I could spit these passages out and talk about the virtue of humility, but practicing humility was not my strength.

My whole Christian fraternity and I memorized Philippians 2:3-8, but I missed the point. I had plenty of selfish ambition and was truly blind to what this passage meant.

Furthermore, my selfish ambition and vain conceit was tied up in my views of race.

Born in Vidor, Texas, a well-known sundown town, I was influenced by white supremacy in the earliest years of my life.

My white racial identity was a standard by which I compared myself to others and the norm against which others were seen as different or less than.

By white, I don’t simply mean skin color. White is not ethnicity or nationality. To be white is one thing, but the pride in whiteness is problematic given how whiteness was created to marginalize, oppress and enslave as part of our nation’s history.

Whiteness is America’s original sin as Christian author Jim Wallis put it. And it was mine as well.

My parents knew the cost of raising a family in a racist town, so we moved when I was in grade school, from southeast Texas to southwest Louisiana. It was only a few dozen miles away, but it was another world.

The diversity of Catholic Cajun culture provided a much more diverse friend group, but I still experienced how whiteness was privileged, protected and granted positionality in places of power.

We were raised to see the difference of whiteness and, given that almost everyone I knew in a position of authority was white, I believed that white had value that blackness did not. I did not outgrow those beliefs for years.

My college years created a wrestling of these ideas. I knew I wanted to overcome what I had begun to recognize as sin, but in a predominantly white institution, white supremacy is normative, even if not intentional.


Whiteness is America’s original sin as Christian author Jim Wallis put it. And it was mine as well.

As Beverly Daniel Tatum puts it, if we are not turning around on the moving walkway of racism, and choosing to be antiracist, we are at best proclaiming ourselves “not racist” while still participating in racist systems.

I was ready to declare myself not racist, but I had no idea what conversion would look like. I didn’t quite know how to undo the sense of superiority all around me.

From here, I went to seminary, at best, as a recovering racist.

Theologian Elizabeth Barnes taught me 25 years ago that we are all, at best, recovering racists. And by “we,” she meant our white seminary (in Richmond, Virginia, no less).

“Racial reconciliation” was an attempt by many white churches in these days to right some historic wrongs.

I participated in racial reconciliation work, which mostly included me apologizing, expecting things to be OK and becoming frustrated that the relationships did not work the way I wanted.

I heard an analogy along the way comparing racial reconciliation work to me stealing someone’s bicycle, apologizing after years of riding the stolen bike while the other person had to walk, not giving the bicycle back or making amends for the loss of time and energy I caused and yet being frustrated the other person won’t be my friend.

As Baylor colleague Malcolm Foley puts is, we cannot expect to reconcile a relationship that never existed. Nor can we truly ask that of God, if we as white Christians aren’t willing to do more of our share of the work of being conciliatory.

As part of my seminary education, I found my way into a joint program with social work education. Here, I learned the language of power and privilege.


We cannot expect to reconcile a relationship that never existed. Nor can we truly ask that of God, if we as white Christians aren’t willing to do more of our share of the work of being conciliatory.

Our school was still predominantly white and, as I’ve come to realize, white people reminding white people of our privilege may illustrate diversity, but it does not teach equity or inclusion and it could not undo white supremacy.

By the time I began to work in social work education, the practice and teaching of cultural competency was the norm for undoing racism. However, I didn’t have to change or undo anything in myself to appreciate someone else’s culture.

From this perspective, I could teach and learn about diversity and further develop practices of being not racist, or so I thought. I could ask questions and explore the culture of the populations we were serving, but this required little of me.

I did not have to explore the history of the inequalities, disparities and violence perpetrated against Black bodies in my effort to become competent. I could maintain privilege as I walked with students through the neighborhoods where we served, proud of myself for finally becoming a good white person.

Serving as professor and dean in a school that seeks to understand the ethical integration of spirituality and religion in social work practice keeps me thinking about the role of virtue and the place of humility in my work, particularly when it comes to race.

The past few years have been a national plea for recognizing the role of whiteness in racial violence. Continually seeking a place of humility not only as a white male, but also in light of the whiteness of our culture, is essential to this work.

The article first appeared on the Good Faith Media website.
Explore More
Featured Meet Briana Fowler, 2022 Alicia Martinez MSW Spirit of Social Work Awardee Jun. 23, 2022 Briana Fowler is a first-generation college student from Austin, Texas, who, in her words, is a work in progress just trying to be a better version of herself every day…so much so that she has a tattoo that says it. And she is the 2022 Alicia Martinez MSW Spirit of Social Work Award winner. The Spirit of Social Work award is intended for students who embody the spirit of social work through engagement in and beyond the classroom, and who demonstrate a commitment to the values of the profession, and last year it was renamed to honor MSW student Alicia Martinez who lost her battle with COVID-19. Alicia was such a shining example of the spirit of social work both in and out of the classroom, and it only seemed fitting to honor her legacy in the profession through this award and judging by the words of one of Briana Fowler’s recommenders, Briana could not have been a better choice for of this award. Featured Q&A with MSW Community Practice Intern of the Year: Geneece Goertzen Jun. 13, 2022 Meet Geneece Goertzen, the 2022 MSW Community Practice Intern of the Year. Geneece is a May 2022 graduate who hopes to work with domestic violence survivors, to work with clergy and congregations around the topic of domestic abuse, and to one day go back to school and get her PhD. Her internship sites included Calvary Baptist Church and the GSSW's Center for Church and Community Impact. #sicem, Geneece! Featured Meet MSW Outstanding Student Trinity Martinez May 12, 2022 Pope Francis once said, “Go and show love to everyone, because your life is a precious mission: it is not a burden to be borne, but a gift to offer.” And when you meet our 2022 MSW Outstanding Student Trinity Martinez, you know no other mantra could better describe her. Trinity is an advanced standing student from San Antonio, Texas, but has lived all over the US and has traveled the world through mission work and study abroad programs, including countries such as Lithuania, Jamaica, Italy and Ireland. All of these experiences contributed to her ability to adapt well to change and exposed her to many cultures and diversity at a formative age. Today, she is a natural leader, committed to speaking up for others and standing up for what she believes. Featured Meet BSW Outstanding Student Micaela Jones May 9, 2022 From a family of educators arises Micaela Jones—emerging social worker. This graduating senior originally thought she would continue the “Jones legacy” as a teacher until she began student teaching and realized that many times, the “home prevented students from being able to thrive in the classroom.” Couple that with a heart for justice, and it became clear that social work was the correct path for Micaela to pursue so that she could impact change at a larger systemic level. It was this passion that earned Micaela the title of BSW Outstanding Student of the year! Research Healthy Bonds for Black Fathers-in-law, Sons-in-law Feb. 9, 2022 What does a healthy relationship look like for a Black son-in-law and his father-in-law? A study aims to answer that question and was published in “Psychology of Men & Masculinities” by University of Maryland School of Social Work’s (UMSSW) Assistant Professor Ericka M. Lewis, PhD, MSW, with Professor Michael E. Woolley, PhD, MSW, and Baylor University Assistant Professor Brianna P. Lemmons, PhD, MSW. Studies on in-laws are far and few between, less so for male in-law relationships, and even less so for Black male in-laws.
Are you looking for more Stories?
All StoriesArchives