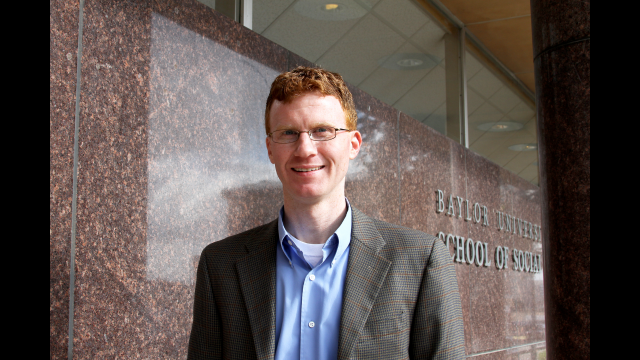 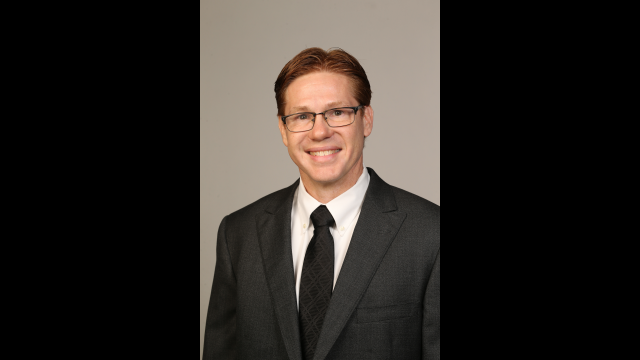 Many believe the idea that the most segregated time of the week is when Sunday church services take place. GSSW professor Dr. Clay Polson along with Baylor Department of Sociology professor Dr. Kevin Dougherty are interested in seeing how multi-cultural churches are changing this notion.

They recently published a joint research article, “Worshiping across the Color Line: The Influence of Congregational Composition on Whites’ Friendship Networks and Racial Attitudes.”

In this article, Dr. Polson and Dr. Dougherty discuss the effects attending a multi-racial church have on whites based on a national survey in hopes of educating congregations on how to foster diversity and relationships between different ethnic groups. To measure possible impact, they looked at whites’ attitudes, comfort, and number of friendships with non-whites. Dr. Polson and Dr. Dougherty revealed some of the major takeaways and motivation behind their research, as well as his hopes for future congregational change.

Dr. Polson first mentioned the research was largely based on Contact Theory, which he explained this way: “The more positive contact individuals of different races and ethnicities have with one another in environments where they have an equal standing, the more that will affect their attitudes towards other racial groups.”

Dr. Polson added, “We found…the change [in attitudes and increased friendships] does occur more so for some groups than others. For whites, contact with Hispanic individuals does seem to have this sort of contact effect; however, for African-Americans in particular … there seems to be less of a relationship there between contact and increased friendship … or higher levels of comfort.”

Dr. Polson acknowledged this is likely due to historical divisions between whites and blacks which have perpetuated themselves through structural issues in society. Among blacks, Asians, and Hispanics, Hispanics were the only group where contact made a significant difference on the number of white and non-white friendships. He found this part of the data somewhat surprising as it stood out from the rest of the data and was consistent throughout different regions of the United States.

Dr. Dougherty was intrigued by the lack of impact simply worshiping in diverse congregations had on whites.

“I was surprised that worshipping with blacks, Latinos, or Asians had such little effect on whites’ attitudes toward these specific groups,” Dr. Dougherty said. “Multiracial congregations appear more effective at reinforcing broad support for diversity rather than fostering bonds between specific groups.”

The two also found friendships between whites and people of other ethnicities where more likely where there was neighborhood integration and increased contact through neighborhoods and friend networks.

“This raises the question, How might congregations do better at helping members of different races and ethnicities develop relationships in the congregational context?,” Dr. Polson said.

Dr. Polson has spent the past decade looking into how race and diversity affect congregational impact on community life. He believes congregations are a unique setting in American life that have power to shape people’s behaviors and ways of thinking about race and ethnicity. He hopes this research can help congregations better reflect the diversity and community present in the Biblical Kingdom of God.

“Even when we worship together, some of the same patterns that exist in our everyday social lives are still causing us to lead very separate lives, even within a congregation,” Dr. Polson said. “One of the things I would love to see pastors do … is to question how [they] can break down those barriers and challenge [historical societal] patterns in [their own] congregations.”

Simply getting people of different races into the same congregation does not automatically change friendships or attitudes … We need to find ways in our congregations and culture to cultivate a shared identity that transcends racial/ethnic differences.

Dr. Polson hopes this research can serve as a conversation starter for congregations on how to become––and stay––more diverse long-term.

“It is a necessary conversation for pastors, church members, and leaders to have,” Dr. Polson said. “I do not know there are easy answers, but I do not [think] just being together in one congregation is doing away with the differences and changing some of the patterns [of division].”

Dr. Polson reiterated that he believes (and his research supports) there is a need for more than just worshipping in diverse congregations, but a sense of true friendship and relationship between people of differing ethnicities.

“Americans are worshipping in larger and larger congregations, which means there’s more chance of people from different races, ethnicities, and cultural backgrounds coming together, so that is a good thing,” Dr. Polson said. “The challenge is still there for us as religious people and community members to be very intentional about not simply accepting that ‘because I worship with people from another race, social class, ethnicity, or background, I have done the work.’”

In future research, Dr. Polson would like to look into how the attitudes and relationships of an individual change over time after beginning to worship in a multi-ethnic congregation.

Dr. Dougherty felt very strongly that the results of their study should be taken seriously by congregations.

“Our findings should be sobering to religious leaders,” Dr. Dougherty said. “Simply getting people of different races into the same congregation does not automatically change friendships or attitudes … We need to find ways in our congregations and culture to cultivate a shared identity that transcends racial/ethnic differences.”

Dr. Polson concurred, believing that more must be done to truly see change.

“It takes intentional relationship-building for there to be long-term change. It requires more than just being around others,” Dr. Polson said.

To read the article by Dr. Polson and Dr. Dougherty, click here.