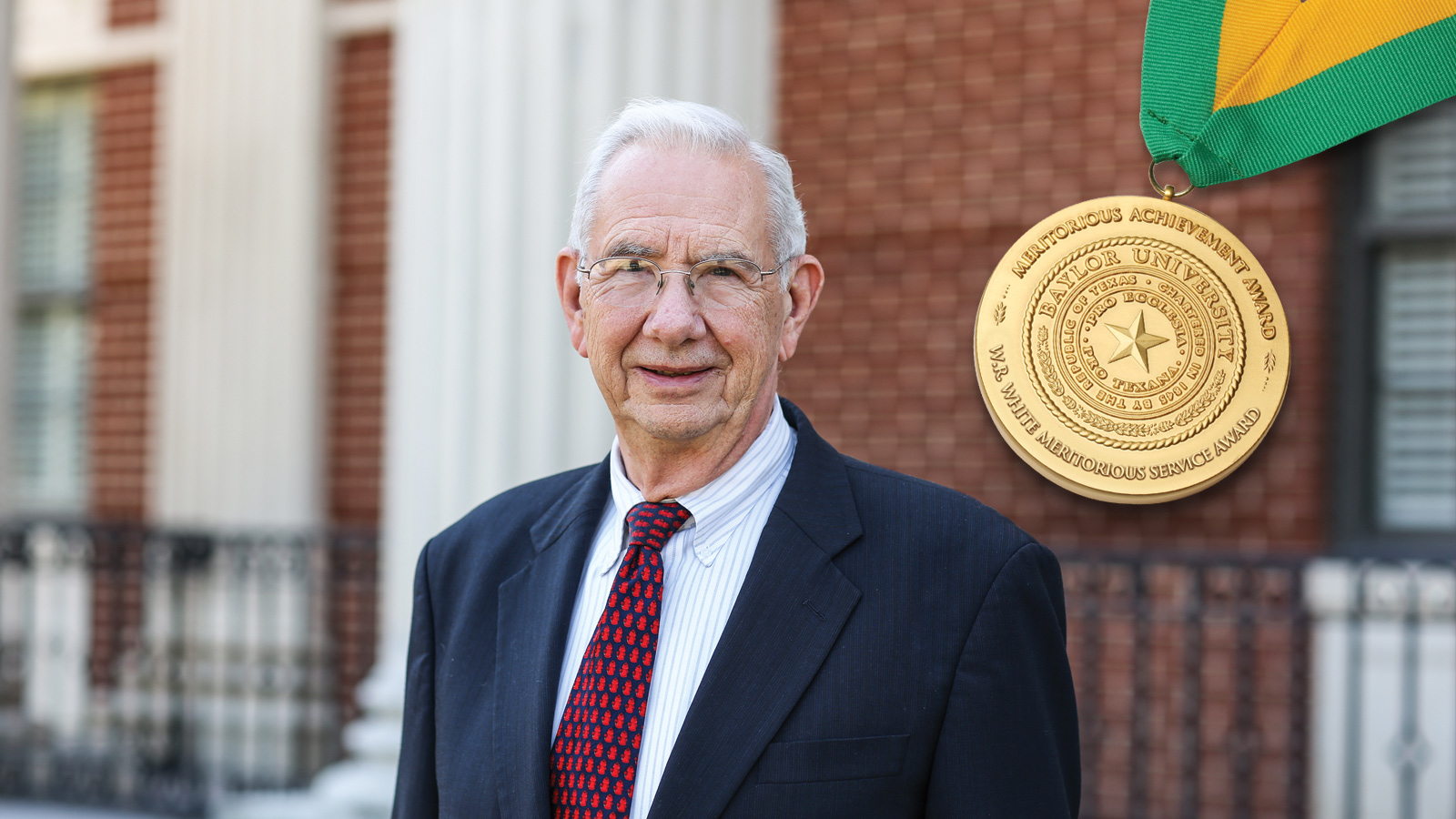 Dr. Preston Dyer, BA ’60, is an educator, a servant leader who developed Baylor’s social work program nearly a half-century ago, and recognized by peers as the “most influential social worker alive.” However, his most cherished accomplishment is his connection with former students.

He appreciates when former Baylor students stop him on the street to tell him they grew from the Marriage and Family class Dyer and his wife of 57 years, Dr. Genie Dyer, BA ’59, taught together for 16 years. Likewise, he enjoys calling an organization to connect a current Baylor student with an internship—and the voice on the other end is a former student.

Another source of pride for Dyer is enlisting a giant in the field of social work education and advocacy to lead Baylor’s program.

“My claim to fame at Baylor was hiring Dr. Diana Garland,” he says.

Nine years after retiring from full-time teaching and administration in Baylor’s Diana R. Garland School of Social Work, Dyer continues to serve as professor emeritus and maintain a regular schedule of adjunct classes.

His work keeps him close to a school he shaped; Dyer was hired in 1969 to develop Baylor’s undergraduate social work program, then housed within the sociology department. The program grew into a separate department and eventually into a distinct academic unit as a school in the 40 years Dyer served full-time as professor, program director and founding chair.

If you think about what influential means, I think it’s the people that we touched. We were teaching 150 to 200 students a semester in Marriage and Family alone. If you add all the students who came through the social work program and had great careers, then maybe we were influential. But, it’s because of them, the students.

Dyer came to Baylor as a student in 1956 planning for a career in the ministry. His advisor encouraged him to look into other majors that might also fit his interest to serve others, and he chose sociology. At the time, Baylor’s social work offerings were limited to a few classes, one of which—The Field of Social Work—opened Dyer’s eyes to the possibility that a life of ministering to others wasn’t limited to the pulpit.

“My calling, as I interpret it now, was always a call to service,” Dyer said. “I had always wanted to help people, and I realized social work was a way to do that.”

Shortly after graduation, Preston and Genie married, and they followed opportunities in Preston’s growing career in clinical social work to Louisiana and Georgia.

He was content with his opportunities to serve mental health patients and teach an occasional adjunct class. The thought of returning to Baylor never entered his imagination, until he received a call.

Longtime Baylor professor Charles Tolbert called Dyer and asked him to return to start an undergraduate program in the growing field of social work.

“I really didn’t know what that meant, starting a program, but I knew I enjoyed teaching,” Dyer says. “Genie said to me, ‘of course, you’re going.’”

Upon his return, Dyer set about developing a program which quickly earned recognition for excellence. Within five years, Baylor was recognized among the top 100 programs for social work by U.S. News & World Report, and Baylor Social Work grew rapidly from the initial dozen students who signed on for the program in 1969.

They taught classes at conferences and churches across the country. The Dyers recently taught three marriage enrichment classes for the underprivileged and homeless at one of their favorite places—Church Under The Bridge in Waco.

Couples who have attended their courses were able to hear perspectives from a couple who, Preston says, shares professional interests and “likes each other a whole lot.”

As their children—Deborah Dyer-York and Samuel Dyer, BA ’87, MSW ’89—grew, Genie’s interest in the subject spurred her to return to college and earn a PhD from Texas Woman’s University.

She joined her husband to teach Baylor’s Marriage and Family class in 1991. Students were able to learn from two Dr. Dyers while observing a couple who had been married for decades interact and share their gifts together.

“I think it was beneficial for the students not only to get a male and female voice,” Genie says, “but seeing our relationship in that setting was also a benefit for students. It’s interesting in a marriage relationship when you both share the same interests, and that was something students could see. We’re both interested in the same topics, and teaching that class taught us what intellectual intimacy was, because we could share together a topic that we both loved.”

Dyer credits the thousands of Baylor social work graduates and his colleagues for growing the reputation and the Garland School of Social Work.

Those graduates and colleagues also helped him earn the honor of “most influential social worker alive” from the Social Work Degree Guide in 2014.

“I can’t say I know where that came from or who even nominated me,” Dyer says of the honor. “If you think about what influential means, I think it’s the people that we touched. We were teaching 150 to 200 students a semester in Marriage and Family alone. If you add all the students who came through the social work program and had great careers, then maybe we were influential. But, it’s because of them, the students.”

Pausing to reflect on his life’s journey to this point, Dyer marvels at the way the paths merge.

“I look back and see how so many different things came together for us, for me, but there was never a plan for it,” he says. “They were opportunities that arose, doors that were opened by someone else, that we walked through and shaped life for us at Baylor.”