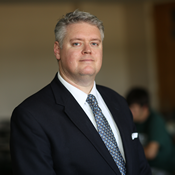 Dr. Jones’s main research interests lie in the Roman Near East and especially the interaction of Romans with the peoples and kingdoms of the Near East. His first book, Jewish Reactions to the Destruction of Jerusalem in A.D. 70: Apocalypses and Related Pseudepigrapha (2011), examined seven Jewish apocalypses and related texts written in the wake of the Roman destruction of Jerusalem. The texts included 4 Ezra, 2 Baruch, 3 Baruch, 4 Baruch, Sibylline Oracles 4 and 5, and the Apocalypse of Abraham. The study explored the variety of Jewish attitudes toward the Roman Empire in the decades after the cataclysmic events of A.D. 70. Dr. Jones is now beginning work on a monograph tentatively entitled Regional Politics and Roman Policy in the Near East, 192 B.C.-A.D. 117. The book will provide a general survey of Roman policy and activity in the Near East over three centuries from the Antiochene War through the death of Trajan. In particular it will examine the ways in which Roman policy in the area was formulated in response to the competing aims and aspirations of regional powers, both friendly and hostile to Rome. The study will focus primarily on the Roman experience in Syria and Mesopotamia. Another aspect of the study will be to see the ways in which Rome’s great eastern commanders personally shaped Roman policy in the region.