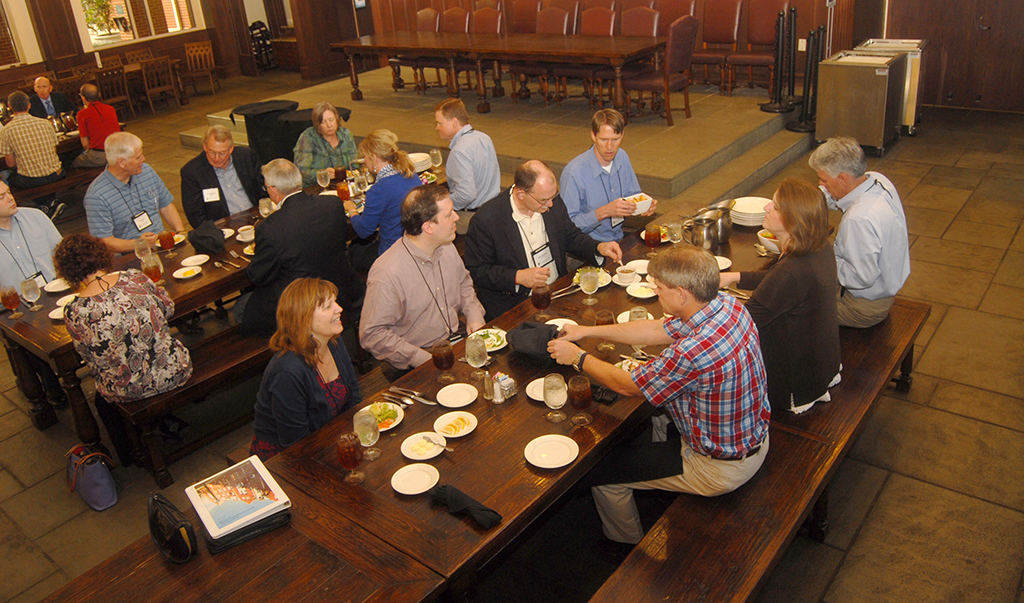 Most of our meals are catered by campus dining services and will be served either in Brooks Great Hall or McMullen-Connally Faculty Center. During the week, participants will also have lunch at the Baylor Club (located at McLane Stadium) and dinner at a local restaurant. Listed below are the restaurants from which you may choose when small groups go out for dinner on the town.

George's - Serving Central Texas since 1930. Known for its Chicken Fried Steak and laid-back atmosphere. George's original owner, Harry Urmeister, was a founding member of the Nose Brothers organization, a long-standing Baylor tradition. An avid sportsman, Harry developed a strong relationship with Baylor athletics which continues to this day.

Ninfa's - Serving Waco the tastiest fajitas, nachos, tacos, quesadillas, and enchiladas around. The original Ninfa's was established in Houston in 1973, and has received national recognition as the place where fajitas were first served to the general public.

Twisted Root Burger Co. - Twisted Root took over a former play house, and rehabbed it into a quirky sit down restaurant with plenty of character, including 4 huge projector screens. Serves amazing burgers like the Spicy Goat and the Kevin Bacon as well as salads, fries, and onion rings. Game meat is offered in season and, according to the website, may include venison, elk, lamb, boar, gator, rabbit, camel, duck, beaver, kangaroo, or emu. Located right off of I-35, across from McLane stadium.

Buzzard Billy's - Serving the best of authentic New Orleans and American cuisine. Located directly on the Brazos River, the Buzzard deck is one of the best places to relax, enjoy the sunset, and watch the fish, turtles and ducks circling below. Buzzard Billy's serves seafood, steaks, pastas, appetizers, and desserts. For something different try the Armadillo Eggs or the Fried Gator Fingers. 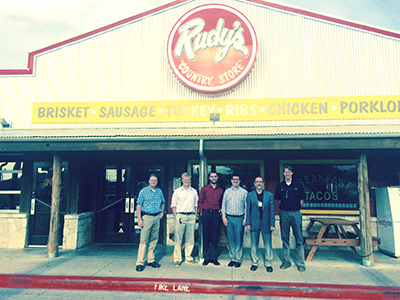