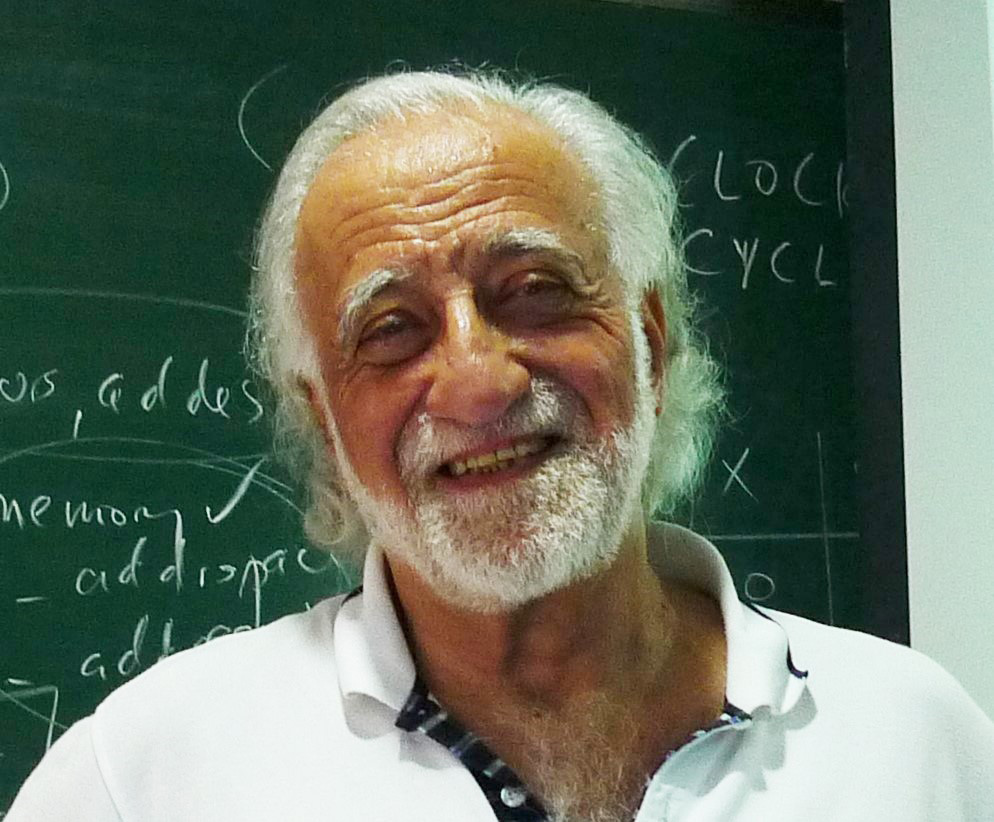 Yale Patt is a teacher at The University of Texas at Austin. He is also Professor of ECE and the Ernest Cockrell, Jr. Centennial Chair in Engineering. His research accomplishments have changed the way microprocessors are designed in fundamental ways, starting with his HPS paradigm in 1985 that introduced out-of-order execution with in-order retirement, and his two-level adaptive branch predictor in 1991 which has forever made branch prediction a first class citizen in improving computer performance. He has graduated so far 34 PhD graduates, six of whom are full professors at Illinois, CMU, Georgia Tech, and ETH in Zurich, and many of the others have been lead architects of major chip products at Intel, AMD, Nvidia, IBM, and Apple. For his research accomplishments he has received many awards, including the prestigious Benjamin Franklin Medal in 2016, the IEEE/ACM Eckert Mauchly Award in 1996, the first IEEE Bob Rau Award in 2011, the Charles Babbage Award in 2005, and the IEEE Harry Goode Award in 2013. He is a member of the National Academy of Engineering.

But, much as he enjoys research, his first love is teaching. At UT, he teaches the freshman introduction to computing to more than 200 students every other fall, the advanced graduate course in microarchitecture every other spring, and the senior computer architecture course whenever they let him. He overhauled both the senior computer architecture course and freshman introduction at both Michigan and Texas. In fact, his freshman course, perhaps his greatest passion, is a major departure from the conventional freshman intro courses wherein students write computer programs with little or no understanding of the computer that is being asked to do the programmer's bidding. Patt insists on students understanding how a computer works before writing their first program, and has shown that by doing so, students can debug their own programs with little or no help from the TA. His "motivated bottom-up" approach to learning starts with the switch level behavior of a transistor and systematically builds on what students know until they understand how the computer works and then they start writing programs. His revolutionary approach is in a textbook published by McGraw-Hill, "Introduction to Computer Systems: from bits and gates to C, C++, and beyond," now in its 3rd edition. It is co-authored with his former PhD student Sanjay Jeram Patel, the TA when Patt first introduced the course at Michigan in 1995, now a senior professor at Illinois.

For his teaching, he has received many accolades, including the 2000 ACM Karl V. Karlstrom Outstanding Educator Award, the highest education honor offered by the ACM, one of the two professional societies of Computer Scientists and Engineers, the Friars Centennial Faculty Award, the highest teaching award at The University of Texas, election to the UT Academy of Distinguished Teachers, and the Arthur F. Thurnau professor at Michigan for his commitment to undergraduate education.