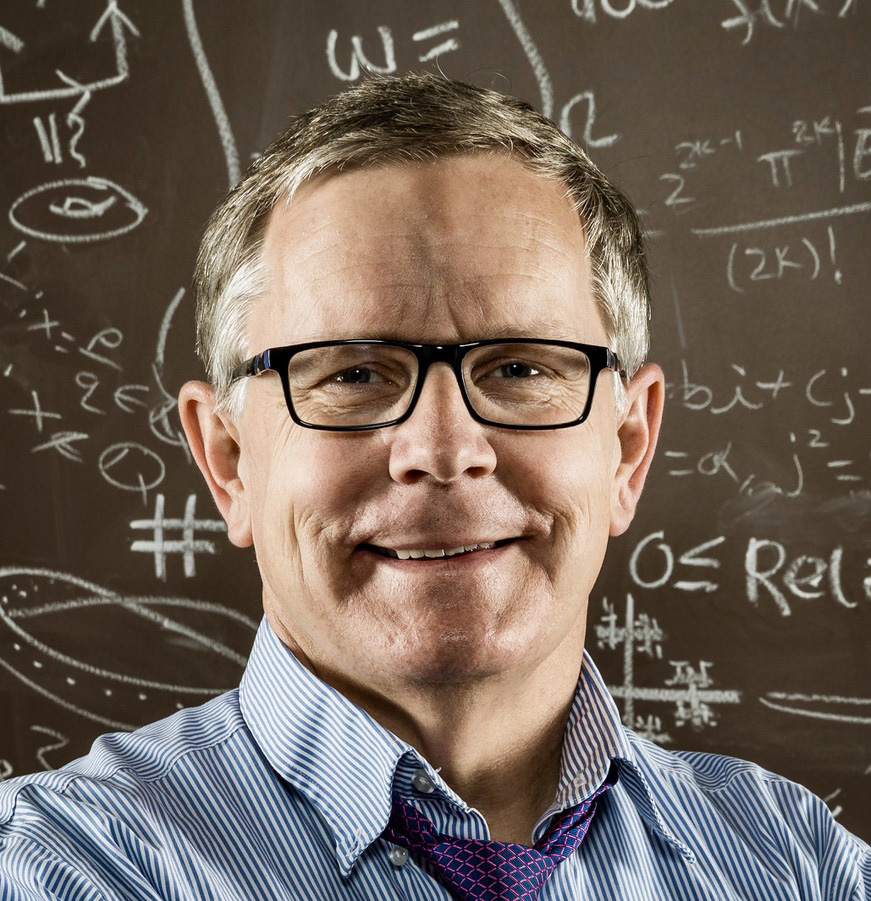 Michael Dorff is a Professor of Mathematics at Brigham Young University (BYU) and received his Ph.D. in Mathematics from the University of Kentucky. His interests include promoting mathematics to the general public, math careers in industry, and undergraduate research. He has published over 50 papers and 3 books on mathematics, teaching, and promoting mathematics, and he has given over 500 talks in the U.S. and in 20 countries on mathematics and education ranging from topics from math and soap bubbles to how math is used in Hollywood movies.
He co-directs the PIC Math program that prepares undergraduate students for non-academic careers and is supported by $3.5 million from NSF and is the founder of the Center for Undergraduate Research in Mathematics that is supported by $2.6 million from NSF. In 2019-2021, he was President of the Mathematical Association of America (MAA); the largest national organization that focuses on the teaching, learning, and promoting of undergraduate level mathematics. He is a Fellow of the American Mathematical Society (research level mathematics) and a Fulbright Scholar in Poland. He received the Council on Undergraduate Research CUR’s Fellows Award for his work in mentoring and promoting undergraduate research, the MAA national Haimo Award for Distinguished Teaching of Mathematics, and the BYU Maeser Excellence in Teaching Award. Also, he is a member of the East African Centre for Mathematical Research in Uganda.