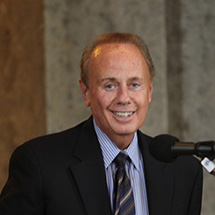 Rosenblatt has published 12 books, including the national bestselling Rules for Aging, Lapham Rising, and Children of War, which won the Kennedy Prize and was a finalist for the National Book Critics Circle Award. He also has published more than 300 essays and articles and authored six Off-Broadway plays, with two new plays in rehearsal.

Rosenblatt began his teaching career in 1968 as an assistant professor at Harvard, where he was the youngest House Master in the history of the university. He also has taught at the Columbia School of Journalism, Georgetown University, and Long Island University, and in 2005, was The Edward R. Murrow Visiting Professor at Harvard. He joined the Stony Brook faculty in 2006.

Rosenblatt served a term from 1973-75 as director of education at the National Endowment for the Humanities. He then became literary editor of The New Republic and a columnist and essayist for The Washington Post, TIME Magazine, and “The News Hour with Jim Lehrer” on PBS. He also has served as an editor at U.S. News & World Report, LIFE Magazine and other major national publications, editor-at-large at TIME Inc., and editor-in-chief of Columbia Journalism Review.