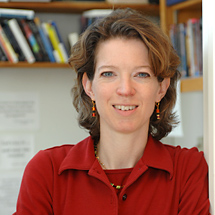 Elmendorf has won numerous awards for scholarship and teaching, including being named the 2014 Carnegie Foundation for the Advancement of Teaching, D.C. Professor of the Year. In 2016, she received the Edward J. Bunn Award for Faculty Excellence from Georgetown University, where she also earned the Georgetown Commitment to Diversity Faculty Award in 2009 and the Dorothy Brown Award in Teaching in 2005. In 2006, Elmendorf was named a Carnegie Visiting Scholar. She has won the Georgetown College Academic Council Award in 2011 and 2017.

Elmendorf is engaged in research on the intestinal pathogen, Giardia lamblia, a significant cause of diarrheal disease in humans and animals around the world. She has received numerous National Institutes of Health and National Science Foundation grants. She is the director of undergraduate students and studies and teaches a wide range of courses within the biology department. She is also the founder and director of an educational partnership between science and math departments at Georgetown and the D.C. Public Schools.