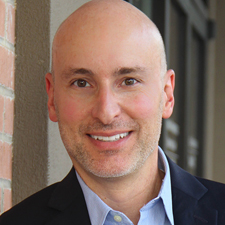 Tom Tillman is the Director of Music & Worship for Texas Baptists (Baptist General Convention of Texas). Originally from New Mexico, Tom has enjoyed being in Texas for over 30 years. He has a Bachelor of Music in Church Music from Wayland Baptist University and a Master of Arts from Southwestern Baptist Theological Seminary. Prior to February 2016, he served 22 years at First Baptist Church, Conroe as Music & Worship Pastor. He directed and produced the multi-performance “A Christmas Evening” with a 100-voice choir, full orchestra and special guest artist each year including Sandi Patty, David Phelps, Wintley Phipps, Guy Penrod, Point of Grace, Fernando Ortega and many others. A pianist and organist, Tom has two choral anthems published with Word Music and a new anthem with Shawnee Press.

Tom is enjoying his role working with Texas Baptist churches traveling the state, leading training events for worship pastors and music ministries, consulting with music pastors, senior pastors, music search committees, as well as doing supply work. He administers the six chapters of Singing Men of Texas and the eight chapters of Singing Women of Texas comprised of over 1,000 Texans. Tom is married to Marcia, a Municipal Judge with the City of Dallas and adjunct professor at the University of North Texas School of Law. Tom and Marcia have two daughters – Sarah, a University of Texas at Austin graduate serving as Chief of Staff for Texas House of Representatives District 16, and Julia, a graduate of Texas A&M University living in San Antonio attending law school at St. Mary’s University.