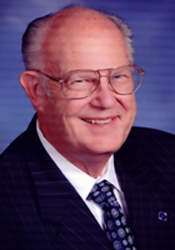 He spent nine years as a tenured professor at Texas Christian University, a year teaching at Cleveland-Marshall Law School of Cleveland State University, seven years practicing as a Securities lawyer, and twenty years practicing as a tax lawyer. He also started and operated a garbage business for 28 years. At time of sale it was the largest independent trash company in Texas.

He currently manages his investments and writes and lectures each semester at Truett Theological Seminary on the use of the computer in Biblical Research. In addition, he actively serves as Secretary/Treasurer of the Baptist Spanish Publishing House Foundation and is Chairman of his own private foundation, The Foundation for the Advancement of Christianity and serves on a number of boards.