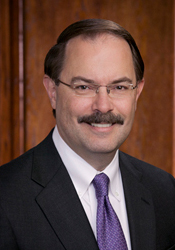 A graduate of Baylor University, Jim earned his Bachelor of Science degree in Mathematics in 1978 and a Master of Science degree in Geology in 1983. For the past 31 years, Jim has worked as a geophysicist and geologist exploring for oil and gas in the onshore Gulf Coast region and throughout many of Rocky Mountain and Mid-Continent geological basins of the United States as well as several geological basins in South America.

Growing up in a home where music was a significant part of its culture, Jim has been involved in church choirs beginning at the age of 8 and playing instruments, including the clarinet and bassoon. After giving his life to Christ in 1986, Jim took up instrumental music once again after joining his church's orchestra as a clarinetist. Several years later Jim also joined his church's choir.

In 1999, Jim became a member of Tallowood Baptist Church in Houston and been very active in the church's music ministry. He has been an active leader at Tallowood serving on various committees (including the music committee) and as chairman for two search committees for Minister of Music and Worship. He is also the current president of the Tallowood choir. At Baylor, Jim has served on the Baylor Geology Advisory Board for 6 years and continues to work with both the Geology and Mathematics departments. Jim and his wife, Lisa, of 31 years believe in Baylor and it is their desire to give back to a university that has made a significant difference in their lives.