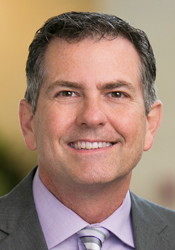 Carlos Ichter is currently serving as Minister of Music and Worship at Tallowood Baptist Church, Houston, TX, after years spent in ministry both in the U.S. and overseas. Son of Bill and Jerry Ichter, both retired SBC missionaries to Brazil, Carlos followed in their footsteps to be a IMB (International Mission Board) missionary as a music consultant/church planter for thirteen years in Brazil and Germany where he led numerous conferences and workshops. Carlos has also served as Minister of Music in various churches in Texas, Louisiana, and Arkansas, as music faculty of the University of Central Arkansas, and as Music and Worship Specialist for the Arkansas Baptist State Convention from 2006 to 2010.

Carlos is a graduate of Ouachita Baptist University with a Bachelor of Music Education degree and Southwestern Baptist Theological Seminary with a Master of Music degree. He is married to Shannon, from El Dorado, AR, and they have three children.