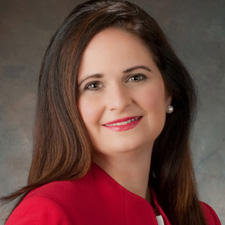 Judge Jennifer Walker Elrod had served as a Circuit Judge of the United States Court of Appeals for the Fifth Circuit since 2007, with chambers in Houston, Texas. Prior to her confirmation, Judge Elrod was appointed and twice elected Judge of the 190th District Court of Harris County, Texas, where she spent over five years presiding over more than 200 jury and nonjury trials.

Judge Elrod is a Phi Beta Kappa graduate of Baylor University, where she was named the Outstanding Graduating Senior in the Honors Program. Baylor has since recognized her as an Outstanding Young Alumna. She currently serves as a member of the Baylor University Board of Regents. It was at Baylor that Judge Elrod met her husband of twenty-six years. They have two daughters, ages 14 and 17.