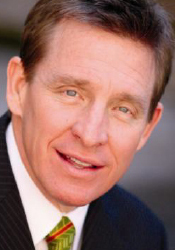 Stephen T. Carrell is in his first year as Associate Pastor of Worship and Music for Park Cities Baptist Church. His ministerial and musical pursuits have been committed to the teaching and equipping of children, youth and adults in the choral and vocal arts and to the unification and edification of the church through a shared language of multi-generational worship, centered upon biblical precepts and strong doctrinal formations. Stephen is committed to equipping the body of Christ to reach into the surrounding community and beyond through engaging children, teenagers, college students, singles, and adults in the praise of our worthy God. He is called to mobilize music ministry into missions and uses worship services, concerts, vacation bible schools, and ministry conferences to assist church planters, mission pastors, and inner-city ministries. He embraces a philosophy of worship leadership where hundreds of lay worship-leaders within Park Cities Baptist serve on a weekly basis within choirs, orchestra, instrumental ensembles, and worship teams, to prompt the worship of God and to assist in bringing the saving grace of the gospel to the greater Dallas area and beyond.

Stephen is a graduate of Baylor University where he earned the Bachelor of Music and Master of Music degrees in Vocal Performance. He has appeared as tenor soloist with the San Antonio Symphony in performances of Handel's Messiah, Mozart's Requiem, and Bach's Cantata No. 172 and with the Austin Symphony in performances of Mendelssohn's Elijah. Stephen has appeared in "Three Tenors" concerts with Boca Symphonic Pops in Fort Lauderdale, Florida. He is also the former Minister of Music with the Coral Ridge Presbyterian Church in Fort Lauderdale, where he was a featured conductor for the Florida Philharmonic and New World Symphonies. His youth and adult choirs have appeared in concert for Church Music Conferences at the local, state, and national levels. Stephen convenes sessions in workshops focusing upon church music education in a 21st century church landscape, and also presents as youth choir specialist. He recently completed 22 years as Associate Pastor of Worship and Music at the First Baptist Church of San Antonio in May of 2012.

Stephen celebrates 30 years of marriage to his high school sweetheart, Jamye Mott Carrell. Jamye is a graduate of Baylor and is a former "Lady Bear" basketball player for the university. She is a Physical Educator and has also served as Chaplain of the WNBA San Antonio Silver Stars from 2003-2012. Her skills reach beyond the athletic fields, as she possesses gifts in interior design and décor, and in hosting and coordinating seasonal events.

He and his wife, Jamye, have three daughters, Sarah, Rebecca and Rachel.