The future of mitigating moon dust 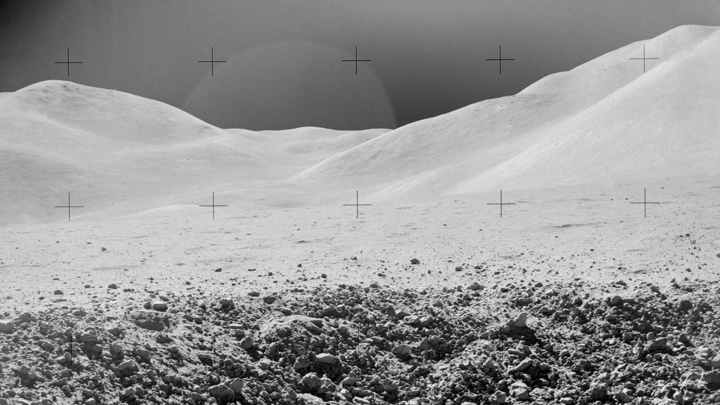 The unique phenomena surrounding the charging of particles in dusty plasmas has puzzled scientists for decades. As a second race to put humans on the moon begins, understanding how charged dust particles in plasmas move and interact with each other becomes ever more important.

Within a plasma, dust particles become negatively charged, which in turn affects the distribution of positively charged ions in the plasma. The ion wakefield produced downstream of dust can cause non-reciprocal forces and even apparent attraction between negatively charged grains. Matthews et al. used a molecular dynamics simulation to study the behavior of dust charging in a streaming ion flow. They then developed a numerical model to track these dynamics.

Their simulation tracked the charging of the particle as well as the changes of the wake structure in real time. In addition, the researchers confirmed that dust particles moving up and down within the ion wake experience a hysteresis in the charging, meaning that at a certain point in the wake, a grain moving upstream has a different charge than when it is moving downstream.

"On the surface of the moon, there's a lot of dust, which becomes charged in solar wind and becomes a problem to manned spaceflight. This dust is bad for astronauts&rsquo; instruments, it's bad for the spacesuits, and it&rsquo;s bad if it gets in the habitat," said author Lorin Matthews. "By understanding how the dust charges and how the charging affects the motion of the dust, scientists can learn how to mitigate these problems."

The next steps in this research involve applying time-varying boundary conditions and changing electron density to model other experiments, such as Plasmakristall-4 on the International Space Station.