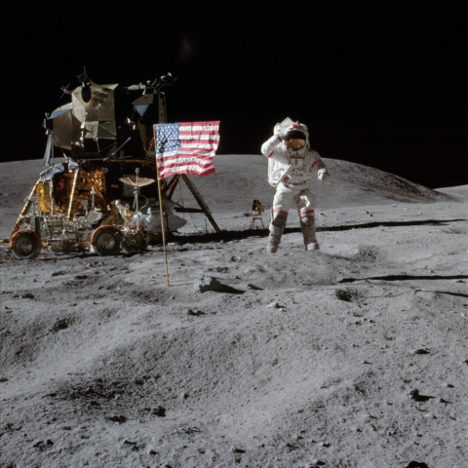 Since Apollo, it has been clearly understood that lunar dust impacts both astronaut safety and mission success, with dust being identified as the ‘number one concern in returning to the moon’ by John Young of Apollo 16. Dust affects every aspect of extra-vehicular activities on the moon, causing vision obscuration, false instrument readings, surface coating and contamination, loss of traction, clogging of mechanisms, thermal control problems, seal failures, and hazards to astronauts’ health. Lunar dust, best described as a fine powder which is sharp like glass, can become charged due to the conditions at the surface of the moon leading to dust lofting and transport. In all of the above, a proper understanding of the physics underlying dust particle charging, agglomeration, and transport is a key stepping-stone in the development of active dust mitigation technology.

The research currently underway investigates dust particle charging, agglomeration, and transport in a simulated lunar environment, characterized by weak magnetic fields, streaming plasma, UV radiation, and collisions with energetic electrons. The data collected will then be used for design of an instrument suited for dust research on the lunar surface, with the long-term goal being the development of a dust mitigation device.

Picture and schematic of Cell 3 in the Hyde Lab located at the Baylor Research and Innovation Collaborative (BRIC).

Reiner-Gamma Formation and the Airy Formation: a) and d) – on the Moon (Credit: NASA, JPL, USGS); b) and e) – small-scale magnet arrangements used to model the magnetic field; c) and f) – horizontal acceleration maps of dust particles 0.5 mm above the arrangements. The color shading represents the magnitude of the acceleration in units of g. (Credit: Dropmann et al., 2015) About CASPER: CASPER consists of six independent research groups that conduct theoretical, numerical, and experimental research across various fields, ranging from complex plasma physics, space physics and engineering, cosmology, early universe physics and educational research and outreach.
Are you looking for more News?
All NewsArchives