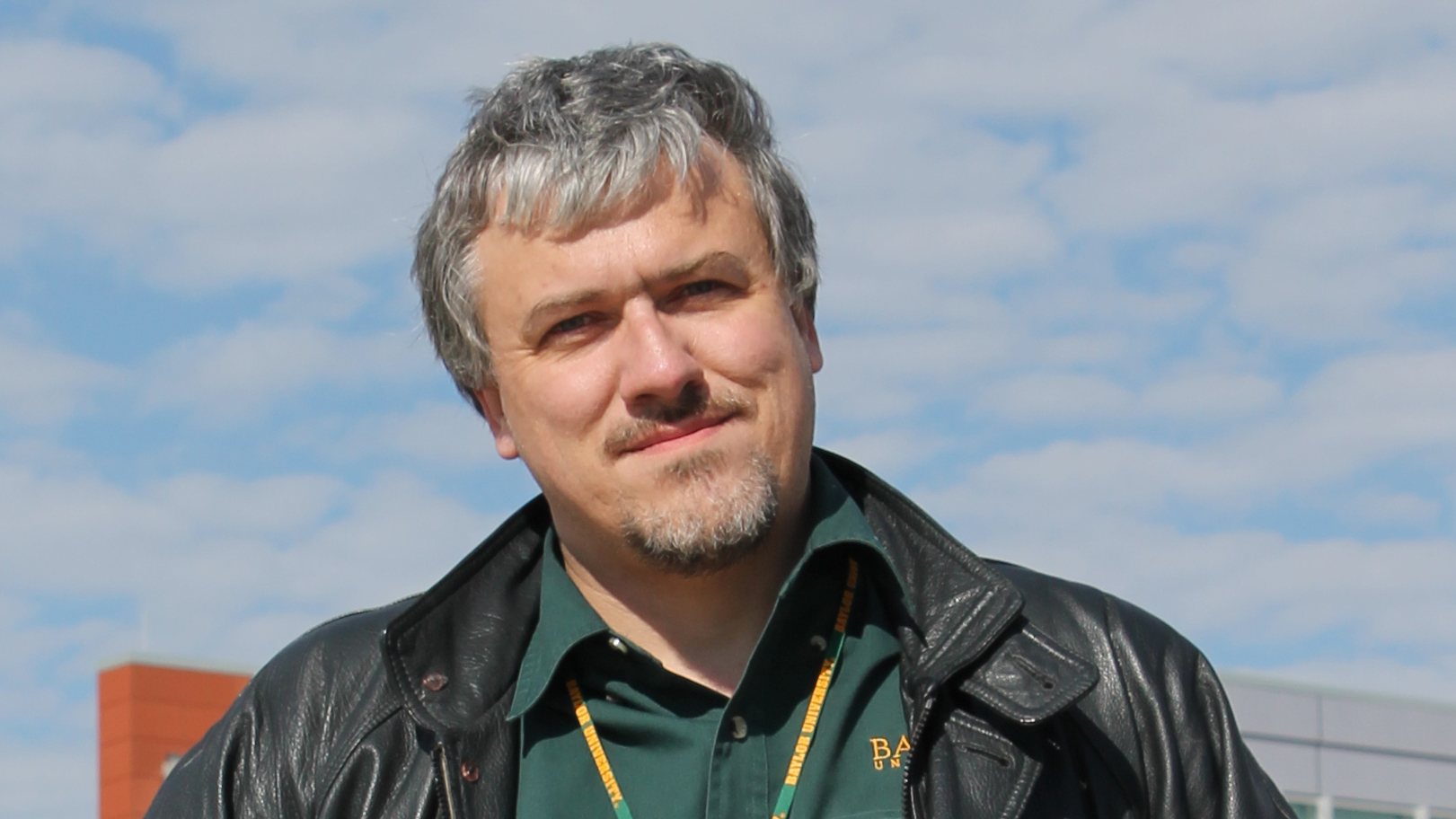 Dr. Rene Laufer wrote the script for a recent TED-Ed video on microgravity.

Contact: Whitney Richter, Director of Marketing and Communications, Office of the Vice Provost for Research, 254-710-7539

WACO, Texas (February 14, 2019) Rene Laufer, Ph.D., associate research professor and head of the Space Science Lab in Baylor's Center for Astrophysics, Space Physics and Engineering Research (CASPER), is one of the creators of a TED-Ed lesson titled "How far would you have to go to escape gravity?"

Laufer's research focuses on space engineering and space sciences, paying particular attention to the phenomenon of microgravity. He led a team of exchange students and scholars from Germany as well as Baylor engineering seniors that developed a drop tower in the BRIC that can be used to perform scientific experiments and technology demonstrations in a microgravity environment. TED-Ed created a five-minute animated video featuring a script written by Dr. Laufer to explain how gravity affects us on Earth.

To create the TED-Ed lesson, Laufer was first nominated by Stacey Smith, Ph.D., the director of research advancement in the Office of the Vice Provost for Research. Laufer became part of a pool of about 50 researchers and educators who are selected each year to write the lessons. TED-Ed helped revise and prepare the script for the video, bringing in fact-checkers and external reviewers to make sure the information was correct, selecting voice actors, animators and producers and, finally, creating the video. The script is written to be universally understood, and includes additional materials such as a short quiz, linked articles with more in-depth information and two discussions that allow interaction among viewers. In the first 24 hours, the video boasted over 100k views, and the view count is continually growing.

As Baylor continues to expand its efforts to become a leading Christian research university, Laufer's efforts reflect the network between research labs housed within the BRIC and the Office of Research Advancement. With his video available for the world to see and use, Laufer remarks, "As a researcher, it's one of the rare opportunities where one can put a spot[light] on some of the many exciting topics in science--who doesn't find gravity exciting?--and pass the excitement on to the interested general public with the possibility to put a spot[light] also on someone's own research."

The BRIC has made efforts to become a place for scientific social outreach, hosting STEM summer camps and creating internship positions for Baylor students, while catering to the research needs not only of Baylor faculty but also of organizations such as CASPER and external partners in business and industry. Smith states, "Dr. Laufer's TED-Ed original video and lesson is the first of many we plan to support in our efforts to strengthen proposals through broader impacts and science outreach. We hope to continue to expand the breadth of our outreach to the community."

The Center for Astrophysics, Space Physics and Engineering Research (CASPER) is a stand-alone research center located at Baylor University. CASPER teams conduct research in a number of theoretical and experimental areas and offer both basic research as well as engineering and design opportunities for graduate, undergraduate, technical support and high school students as well as grade school, middle school and high school teachers. For more information, visit www.baylor.edu/CASPER.

TED-Ed is an awarding winning youth and education initiative, with a mission to spark and celebrate the ideas of teachers and students around the world. They support learning, creating an ever-growing library of original animated videos such as Laufer’s along with additional services that help the spread of information to students and teachers all over the globe. TED-Ed Lessons are collaborations between educators, designers, animators, screenwriters, directors, science writers, historians, journalists, and editors that pair the videos with questions and resources.