Probing the Secrets of Protoplanetary Development 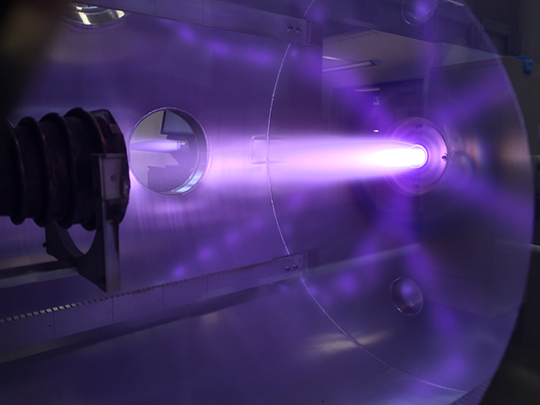 Approximately four and a half billion years ago, the solar nebula – a swirling cloud of gas and dust around our newly-born sun – gave rise to the planets, their satellites, and the other objects now observed within our solar system. The mechanism behind this remains a mystery with a primary question being the physics underlying the formation of the asteroid-sized bodies called planetesimals. Since planetesimals are assumed to have acted as "building blocks" for the planetary formation process, this question is of great interest to physicists in this field.

Chondrite formation is thought to play an important role in the above, providing data which may help clarify the physics involved. Chondrites contain inclusions known as chondrules and these chondrules are often surrounded by micrometer-sized dust particles called fine-grained rims. Since this process is a precursor to the formation of asteroids, it is important to our understanding of the development of the solar protoplanetary disk.

The CASPER team is employing a combination of experimental and numerical techniques to assist in addressing the dynamics of grain transport and collision within the pre-accretion environment which exists during the development of the solar protoplanetary disk.  The resulting data will assist in determining the speeds of the dust collisions that occur, helping to identify the underlying physics involved.