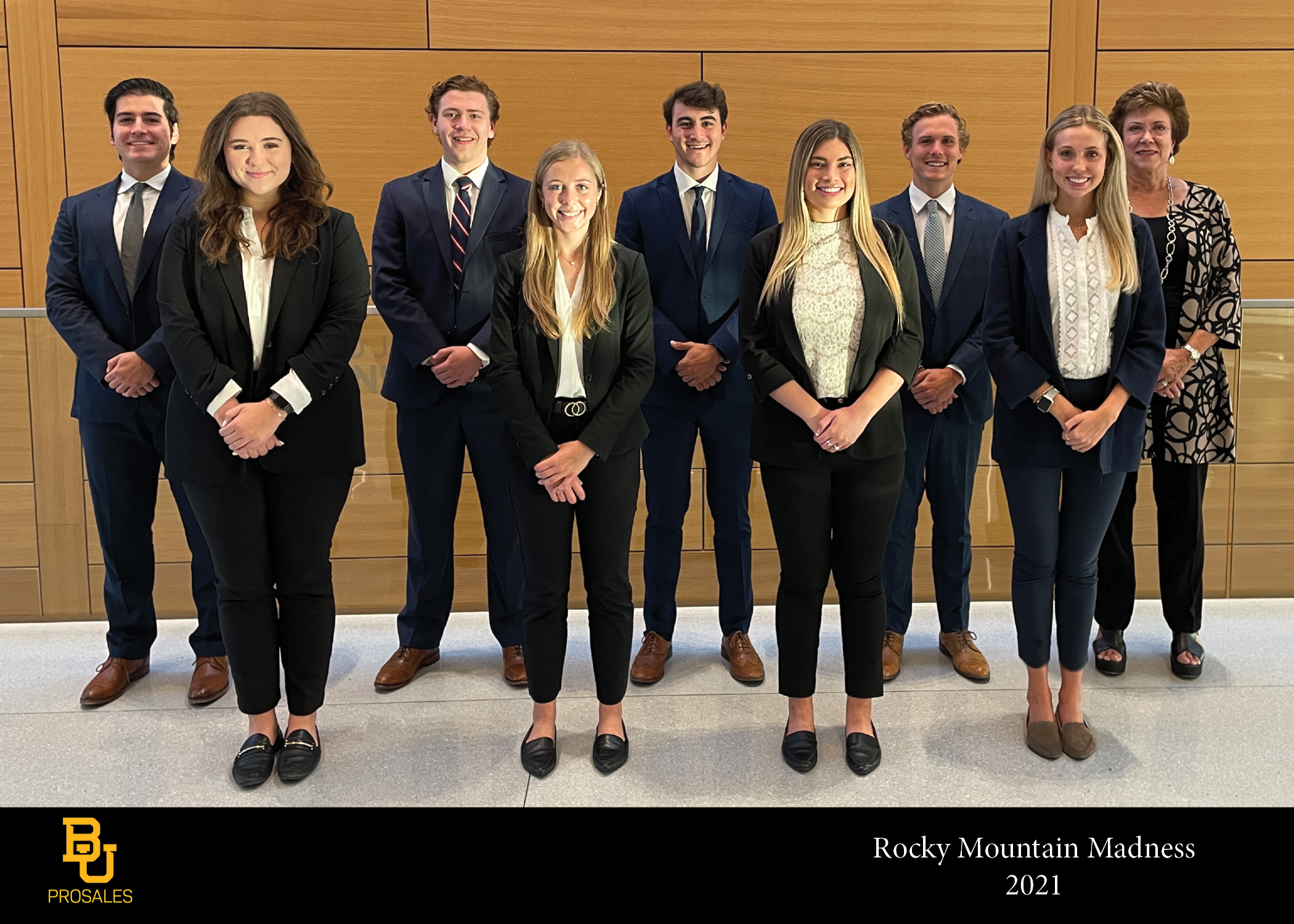 Students from 13 universities participated in the single-elimination role play competition after all competitors completed the LinkedIn Social Selling Index (SSI) round. Baylor took 6 of the top 7 finishes for the LinkedIn SSI competition; Baylor’s winners were Paige McClelland, Sofia Reyes, Crit Scott, Kelsey Boehme, Beth Gosnell, and Gavin Hartoonian. These Baylor competitors landed SSI scores of 60+, while the overall average SSI was 41.3 for the competition. RMM’s second round involved a scored interview. Ten competitors received perfect scores, with Kelsey Boehme and Jake Morrow each garnering a perfect score and a position in the top ten.

For the five rounds of role plays, 64 competitors were winnowed to a set of four final competitors, with Baylor ProSales taking two of the top spots in the final four. As a result of final round of the role play competition, Juniors Harley Byrne and Matt Ochall placed 3rd and 4th overall, respectively. Harley Byrnes notes, “The Rocky Mountain Invitational was beyond beneficial in not only the development of my sales skills, but also the ability to continuously collaborate with my teammates and learn from them. It pushed me to perform to the best of my ability, and with the guidance from my coaches, I was able to place third. I am extremely grateful to have had the opportunity to represent Baylor, and to be surrounded by such great talent.”

About the Center for Professional Selling