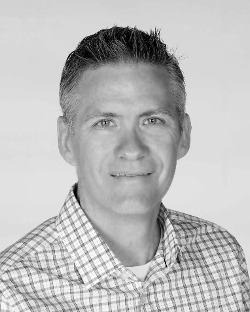 Stephen Weis began his career in marketing and sales as a radio station intern in Chicago, Illinois, after majoring in Economics at the University of Iowa. He then transitioned into a sales role for a company that sold advertising in TV magazines. On the road for roughly 300 days a year, he spanned various partner markets across the country.

Now, with over twenty years of experience leading digital content, marketing, and sales teams for several companies, including The Seattle Times, Stephen is the Executive Vice President of Digital Revenue Development for the Houston Chronicle Media Group and corporate lead for Hearst Newspapers. In his current role, he has responsibility for various areas, including digital growth, sales talent acquisition, learning and development, and B2B marketing.

Throughout his career, Stephen has created successful results. Launching a full-service digital agency under the Chronicle’s umbrella, he has worked with brands such as Texas Medical Center, Martha Turner, and Direct Energy. He is a Columbia University Sulzberger Fellow and graduate of the Hearst Management Institute.

Stephen feels his greatest professional accomplishment to be simply “moving forward each day with the task at hand and continuing to build a digital business in Houston for Hearst.” Personally, he takes great pride in raising a family and being a father.

Of the various non-profit organizations he has participated in throughout his career, Stephen considers his involvement with the National Charity Roundtable to have been most meaningful. “There, I have been able to spend time with my son doing local volunteering together.”

Stephen’s best advice for ProSales students is to “never stop learning and to be persistent.”