Dominik Kuhn found so much value in Baylor’s entrepreneurship classes that he transferred to the MBA program from Switzerland. Now, he is leveraging his experience to build a first-of-its-kind online marketplace.

Dominik Kuhn has entrepreneurship and chlorine in his blood. Both parents were competitive swimmers who now run a successful swim school in Zurich, Switzerland. He describes his father, a former Olympic coach for the Swiss national team, as an innovator and his mother as an executor.

From a young age, Dominik proved himself capable of both innovation and execution. He was a teenager when he founded his first company, an online shop that sells gym bags with prints. During an exchange semester in Waco, he was so encouraged by Baylor’s community of like-minded entrepreneurs that he transferred into an MBA program at the Hankamer School of Business. Now, as he builds a new business, he considers it one of the best decisions he has ever made.

Growing up around the family business, Dominik always knew that he would eventually take it over—or else start his own company.

“It has always been my dream to run something by myself,” he said.

After selling gym bags gave him his first taste of entrepreneurial success, he was inspired to start a second business as an undergraduate business student at the ZHAW School of Management and Law, a short commute from his home in Zurich. He constantly witnessed other students struggling with math, so he created a German-language website offering courses in heavily quantitative subjects, like accounting and finance, for a subscription fee of $25 per semester. He gradually added courses as he completed more coursework, bringing the current total to nine courses offered.

Not long after enrolling in a master’s program in banking and finance at ZHAW School of Management and Law, Dominik began to explore foreign exchange opportunities. As a high school student, he attended language school in Los Angeles, taking the opportunity to travel up and down the West Coast. Later, as an undergraduate student, he explored the East Coast when he spent an exchange semester at the University of South Carolina. Reasoning that he had never experienced the central part of the country, he listed Baylor as his first choice for an exchange opportunity.

In the summer of 2020, Dominik arrived on campus with a plan to study at the Hankamer School of Business for a semester. Coming from an urban university with a high percentage of commuters, he found campus life idyllic.

“You drive through campus and see a class sitting in a circle and students painting on the lawn,” he said. “It was like an American movie come to life!”

The community he discovered was not just welcoming—it was surprisingly supportive of his entrepreneurial aspirations.

“There is just not as much of an entrepreneurial mindset back in Switzerland,” Dominik said. “If you start a business, a lot of people will wonder why you don’t just get a regular job. It is also common to find entrepreneurship professors who turn to teaching because their own business ventures have failed to take off.”

At the Hankamer School of Business, in contrast, he learned from professors who had built multimillion-dollar companies and were committed to equipping the next generation of entrepreneurs with the tools to achieve similar success.

Under their guidance, Dominik embraced hands-on learning with gusto. In one class, he worked directly with the Baylor Research and Innovation Collaborative (BRIC) to help budding entrepreneurs move toward implementation of their ideas. In another, he partnered with classmates to imagine new product lines for Trek Bikes, which sent a group of company leaders to campus to evaluate final presentations.

“I enjoyed these types of projects so thoroughly that I made the decision to transfer to Baylor in January 2021,” Dominik said.

Shining a Spotlight on Student Art

As Dominik gained a broader knowledge base in finance, accounting, leadership and other core areas of business, he continued to scan the horizon for new business ideas. Thanks to his innate curiosity and interpersonal skills, he quickly discovered a new opportunity.

Dominik had befriended a handful of art students—primarily painters and sculptors—who amazed him with their level of talent.

“But while they had all this artistic ability, they struggled to know how to sell their art and gain visibility,” he said.

Most students, he learned, create exquisite art for class projects and take it home to collect dust, unsure of what to do next. Some choose to sell their handiwork on platforms like Etsy or eBay but find them oversaturated and expensive to use.

Dominik spotted an opportunity to help by creating Art by Students, a new online platform geared toward student artists—formal art students as well as any other U.S.-based high school or college student who enjoys making art in their spare time. After paying an initial fee of $10, student artists can create a profile with a photo, personal information, social media links and their art. The platform collects a 25-percent commission fee for every piece they sell. 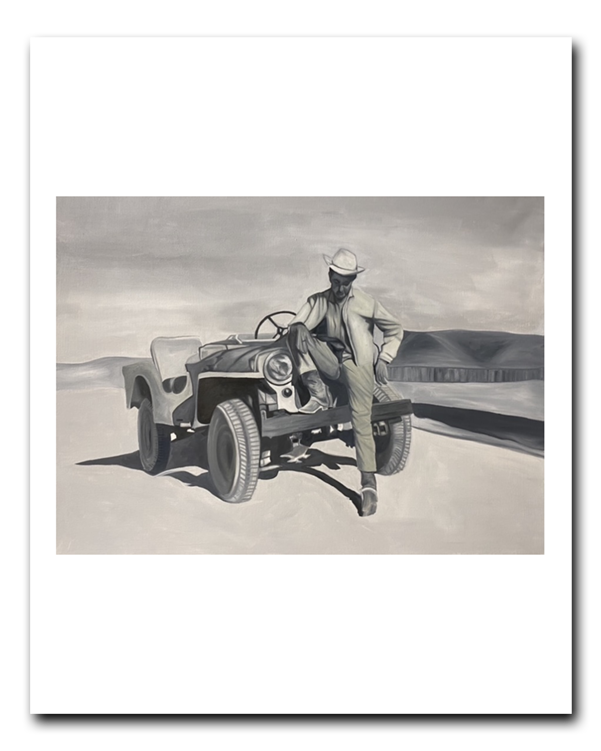 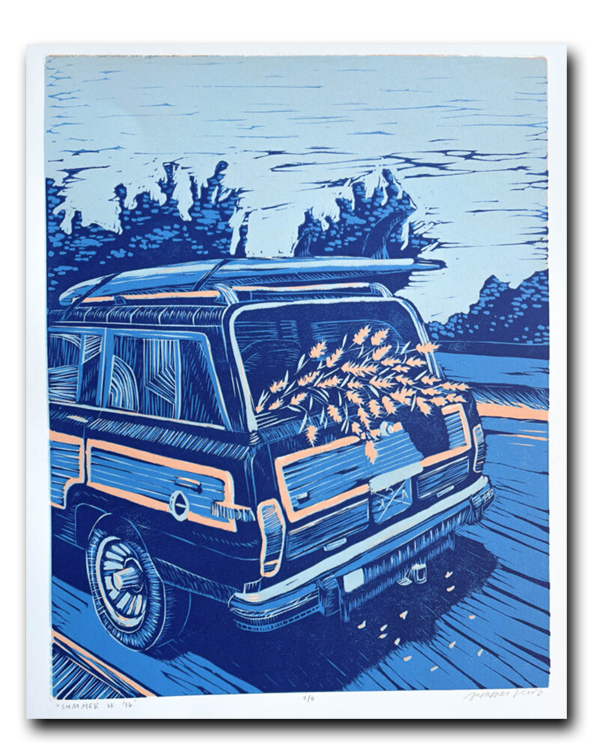 “My vision is to become the go-to platform for student artists looking to sell their art and get their name out there without spending money they do not have,” Dominik said. “Then, when they graduate, they will have had some exposure and it will be easier to launch a website of their own.”

Since he graduated with his MBA in December 2021, Dominik has devoted most of his time to getting Art by Students up and running. By far, the most challenging aspect of building the business has been getting the word out to student artists.

“Because many of them lack a business mindset, they are not actively searching for ways to sell their art,” he said. “It would be hard to reach them through online advertisements.”

He has also found it unexpectedly challenging to gain traction by communicating with art professors.

For the past year, Dominik has traveled through Texas conducting in-person outreach on college campuses. While the outreach process has been slow and time-intensive, he has found that piquing the interest of one or two artists on campus can spark enough interest to expand the company's reach, little by little.

So far, he has signed up more than a dozen artists for the platform, which can be filtered by academic institutions. Most are from Texas, but several hail from the prestigious Art Institute of Chicago.

“There have definitely been hard moments,” Dominik said. “I was hoping the business would grow faster and that every art student I meet would tell me this platform is exactly what they have been waiting for. But one of the greatest lessons I learned from my MBA is how to break a problem into smaller solutions to keep moving forward. That is how I will achieve a larger goal in the end.”

What is your next goal? For more information about MBA programs at Baylor’s Hankamer School of Business, click here or fill out the form below to speak directly with an admissions advisor.