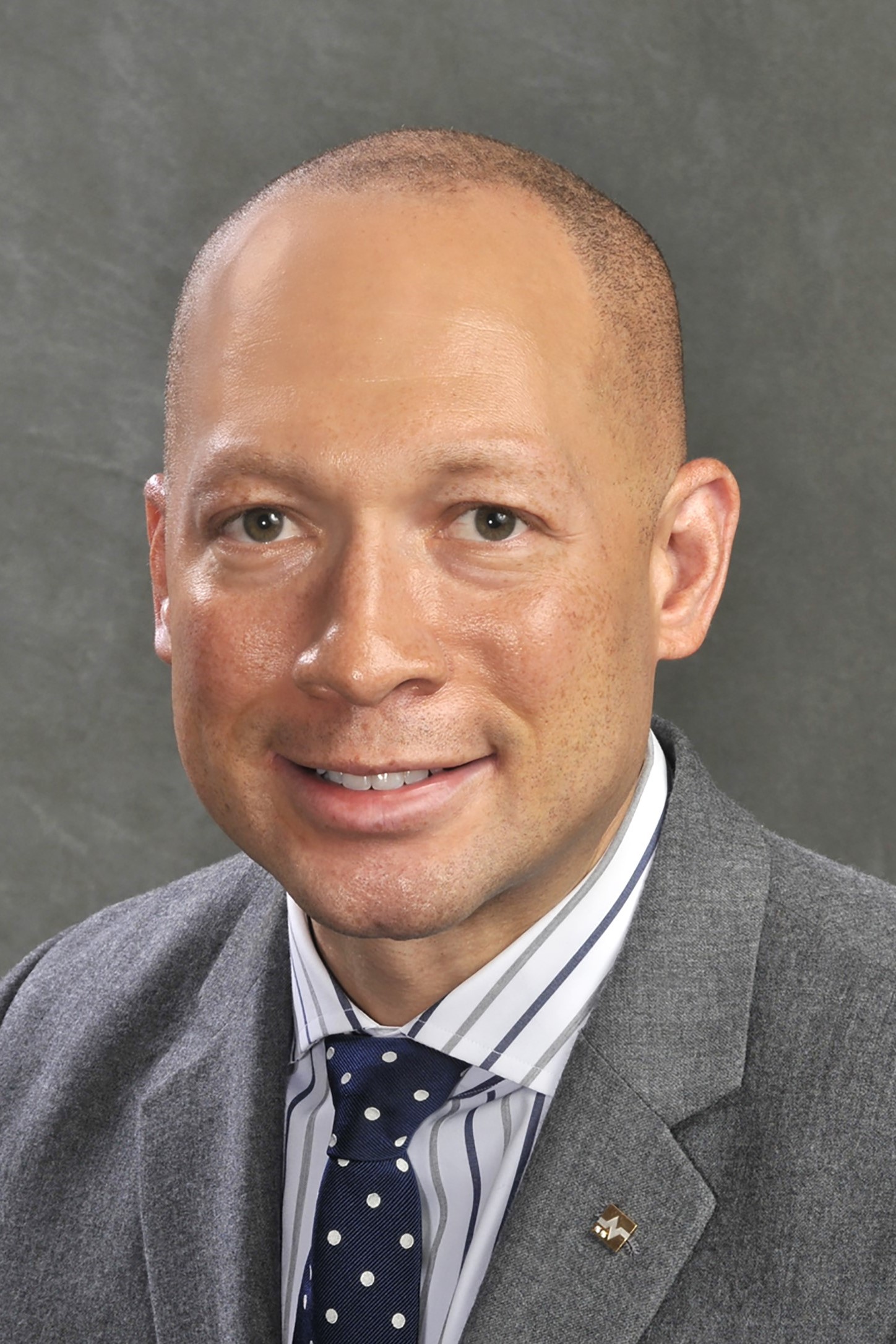 After completing a Dallas-based EMBA at Baylor, Anson Sobers is more prepared than ever to lead his company’s talent strategy initiatives.

Anson Sobers, EMBA’22, never planned to work in financial management. In 2000, he was a newly minted college graduate with a plan to become a regional or district manager for a large corporation.

A few months later, Anson became a financial advisor for Edward Jones in the Dallas-Fort Worth area, a position he would hold for the next 21 years. While the analytical components of the job took some time to master, Anson’s gregarious, relational nature made him an ideal fit for the role. His innate ability to connect with people helped him guide his clients through the most turbulent moments of the 2000s and 2010s. Through every up and down in the market, he leveraged his experience to help clients make rational decisions and focus on their long-term goals.

“What excited me about that work was the opportunity to make an impact on generations of families,” said Anson. “When you build a relationship with a family over 20 years, you get to watch someone use the college fund they created to give their child an education, or watch them retire and reap the fruits of their efforts.”

In 2010, Anson took on an additional role as a regional leader in the Dallas market. For the next 12 years, he helped nearly 60 branch teams attract new clients, identify and onboard new financial advisors, and develop future leaders for the organization.

While he excelled in the role, he began to feel an internal pull toward new opportunities after the firm's managing partner challenged the organization’s leaders to think more deeply about how they could increase their acumen and leadership capabilities. “I really took that to heart and began to think about my purpose and consider ways I could add more value to the teams I was leading and the organization overall,” Anson said.

In the summer of 2020, that pull grew even stronger after the killing of George Floyd shone a spotlight on issues surrounding racial equity. “Here in Dallas, we have one of the most diverse leadership teams serving one of the country’s most diverse regions,” Anson said. “I felt the need to help in some way.” He participated and helped lead a new installment of the firm’s Courageous Conversation series, which attracted hundreds of Edward Jones associates and leaders for a time of learning and listening, but he still felt there was more he could do.

“I began to realize how much I didn’t understand from an organizational structure standpoint,” he said. “I looked around and saw how several colleagues who had earned an EMBA were making an impact in different ways, so I began to explore different programs.”

Rising to the Challenge

Returning to the classroom after 22 years is no small feat, but Anson worked tirelessly to get up to speed. From the beginning of the program, he felt energized by his cohort’s shared commitment to continuous learning.

When he enrolled in the EMBA program, he could not have known that two years later, he would take on a new challenge as Director of Enterprise DEI Talent Strategy where he focuses on promoting policies that support diversity, equity and inclusion for approximately 15,000 branch teams in the U.S. and Canada. “The role involves a lot of qualitative and quantitative data,” he said, “but it is ultimately about people. It is about making sure we create a place of belonging for all so that every associate can reach their full potential.”

Looking back, he appreciates the way his EMBA classes imparted a richer view of organizational management. “This program has given me the ability to understanding the inner workings of an organization with so much depth and breadth,” he said. “I am much more comfortable working with stakeholders across the organization to determine who is the best person to execute on what strategy. If not for my two years at Baylor, it would be more of a struggle right now.”

As Edward Jones doubles down on its commitment to attracting, supporting and retaining diverse talent, Anson also gleaned practical ideas from a class in organizational behavior. “Through this class, I gained countless insights into the paths that organizations can take toward change, as well as the most effective strategies for bringing associates along on that journey,” he said.

In only a few months on the job, Anson has played an influential role in helping shape his firm’s DEI and talent policies, from partnering with organizations who can introduce the firm to a more diverse pool of talent to strengthening retention efforts through mentoring, surveys and awareness campaigns.

“The most rewarding aspect of this work is the impact we can make on how people feel and how they are treated throughout their time at Edward Jones,” Anson said. “In an industry that has ground to cover in terms of diversity, we are creating systems and structures that allow people to thrive.”

Are you looking for ways to become a more effective leader? Click here to learn more about Baylor’s Dallas-based EMBA program or fill out the form below to speak with an admissions advisor.