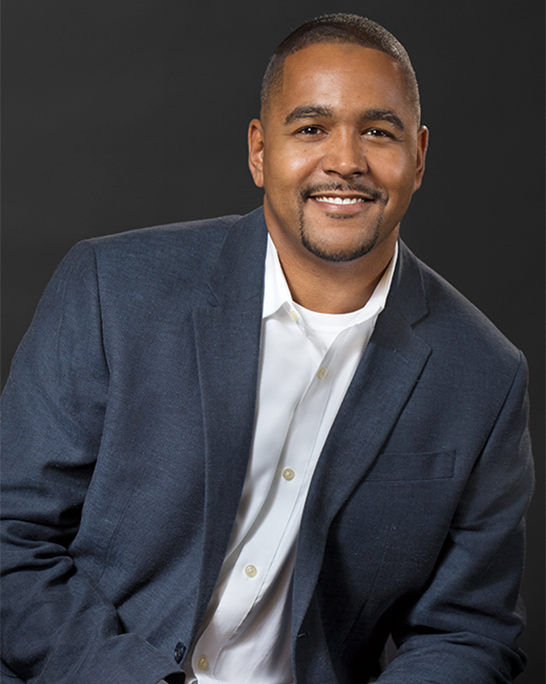 Just a few months ago, Baylor Executive MBA alum Aaron Henderson was at a crossroads. Down one path lay his successful career as a sales and operations leader at Eaton Corporation, a manufacturer of electrical power distribution products, where he’d spent the last fourteen years building industry expertise and a strong network. Down the other was an opportunity to switch industries altogether and join Tableau (owned by cloud-based software company Salesforce) as a Regional Sales Director.

It was while studying abroad with his Baylor cohort in Sydney, Australia in 2018 that the seeds of Aaron’s new opportunity were sown. He and his peers met with executives at Salesforce’s Sydney headquarters as part of their international residency and according to Aaron, “something sparked.” His “eyes were opened to the possibility” of going to work for Salesforce, a privilege Aaron compares to a mechanical engineer going to work for Tesla, two employers at “the pinnacle” of their respective fields. In the end, Aaron says, the choice to switch industries was easy, since “as a sales director, there’s no cooler company to work for than Salesforce.”

Aaron may never have realized that opportunity, however, without pursuing his MBA at Baylor or going on the international trip.

Back in 2017, the company culture at Eaton was changing. It was implied by a few of his superiors that Aaron needed to “invest more” in himself and that an MBA “could be a key that unlocked future doors” for him. Aaron admits he initially approached the MBA process “like an engineer”—meaning with his head instead of his heart. He compiled a spreadsheet of the top programs and options, but really honed in on Baylor once he let his heart do more of the talking.

“I went to an info session, saw the campus, saw the warmth of the people there, and also the diversity of thought and experience,” Aaron recalls. “People were willing to challenge each other’s thinking. That was huge for me.”

He enrolled and began the delicate balancing act of attending challenging classes while working fifty hours a week. Six months into the program, Aaron got a big promotion to another division at Eaton, meaning that he was “learning constantly” during this time—learning at school, learning his new role, learning how to work with new teammates. “It was a lot,” Aaron says, “but Baylor does a great job of giving you enough information ahead of time.” That he could complete his classwork asynchronously—as in, reading assignments, watching videos, taking notes, and participating in the online forums on his own time—and then meet in-person just one day a week to participate in meaningful discussions gave Aaron the flexibility he needed to succeed in all areas of his life.

In addition to the Sydney trip that unexpectedly set his new career trajectory in motion, Aaron notes another aspect of the program he enjoyed: Baylor’s emphasis on “holistic, morals-based leadership,” something Aaron says is “missing from a lot of corporate America and many other degree programs.” In emphasizing people over profits, Baylor taught Aaron to “connect, then lead,” an approach he feels has set him apart at Tableau. “People on my team kind of naturally gravitate to me because they can see, ‘Oh, you care about me.’”

To students considering Baylor, Aaron offers this guidance: You will get out of the program what you put into it. “There’s no ceiling on how much you can gain or how much you can tailor it to your own career path,” he says. Professors make themselves available, the resources are practically unlimited, and the relationships formed last well beyond the 21-month program. “But,” he advises, “you have to set aside the time to make it count.” Aaron did, and today he’s living the dream with a great new job and a new baby girl to boot!