The Science Behind a Smile and a Social Media Share

The benefits of earned media within the real estate industry are invaluable. Rather than paying for advertising, your client base—through word of mouth and social sharing—increases 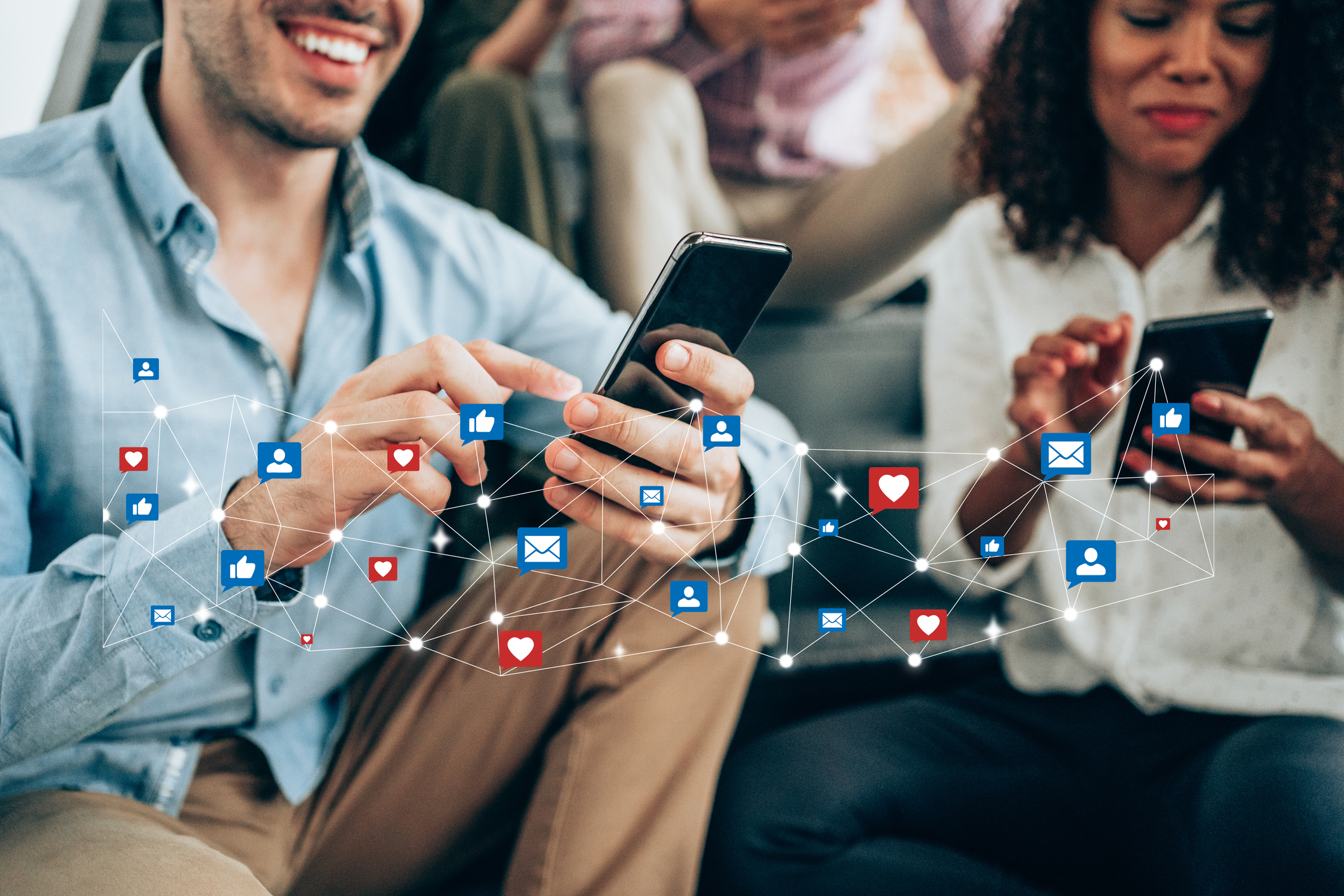 brand/product awareness at essentially zero cost. Earned media, for this reason, specifically social sharing, has become an area of great interest within academic research exploring issues such as why some advertisements go viral while others fall flat and how real estate firms can design ads to increase sharing potential.

Previous research points to impression management as the most important factor in why content gets shared. People care about how others view them, so they are more likely to share content that frames them in a good light. Other research points towards emotion as the link between increased sharing. Consumers turn towards others to regulate and make sense of their emotions.

Contrary to prior research, we hypothesized that specific emotional expressions have distinct effects on social sharing in the context of online video advertisements. Sharing is stimulated not only by the degree of emotion but other factors, including levels of stimulation and certainty. We confirmed this hypothesis with the use of a new data collection framework examining facial responses to hundreds of different video advertisements to test which emotional expressions are linked to sharing.

Although manual methods of translating emotion through text exist, for instance, estimating positivity/negativity by simply tallying the number of positive and negative words used, this approach is less feasible with video. Although advances in technology have allowed recognition of images, it is still extremely difficult to infer emotional reactions that will occur from an image. If an ad features a baby, for example, the system will be able to recognize the ad contains a baby, but it does not have enough information on what emotions viewers will experience. Facial expression is therefore the best method for translating emotion.

The face undoubtably plays a key function in emotional expression. Facial expressions work to outwardly express or signal emotions. When someone is happy, sad, or angry, their face is noticeably different. For this reason, facial analysis is a simple, easy, and inexpensive tool to measure emotional reactions. Measuring emotions by simply asking respondents “how do you feel” often provides inaccurate responses because people do not have insight into what specific emotion they are feeling (distinguishing a negative emotion such as anxiety or anger can be difficult). Facial expressions can be consistently linked to emotions such as anger, fear, joy, surprise, pain, and deceit through the Facial Action Coding System (FACS).

Facial expressions are indicators of emotional experiences such as anger, fear, joy, surprise and pain. The Facial Action Coding System (FACS) provides a taxonomy for researchers to code expressions systematically. Facial analysis then allows for an unobtrusive method of measuring behavior with certain actions typically associated with expressions of specific emotions within a defined context (such as watching TV ads) (see Figure 1).1 This type of coding allows researchers to study variation in individual facial response rather than relying on aggregate measures—one advertisement as a whole being more positive than another. Individual variations in responses are then studied to understand if such variation is linked to sharing. At its best, facial analysis allows for scalability, repeatability, and observation in a viewer’s typical environment. 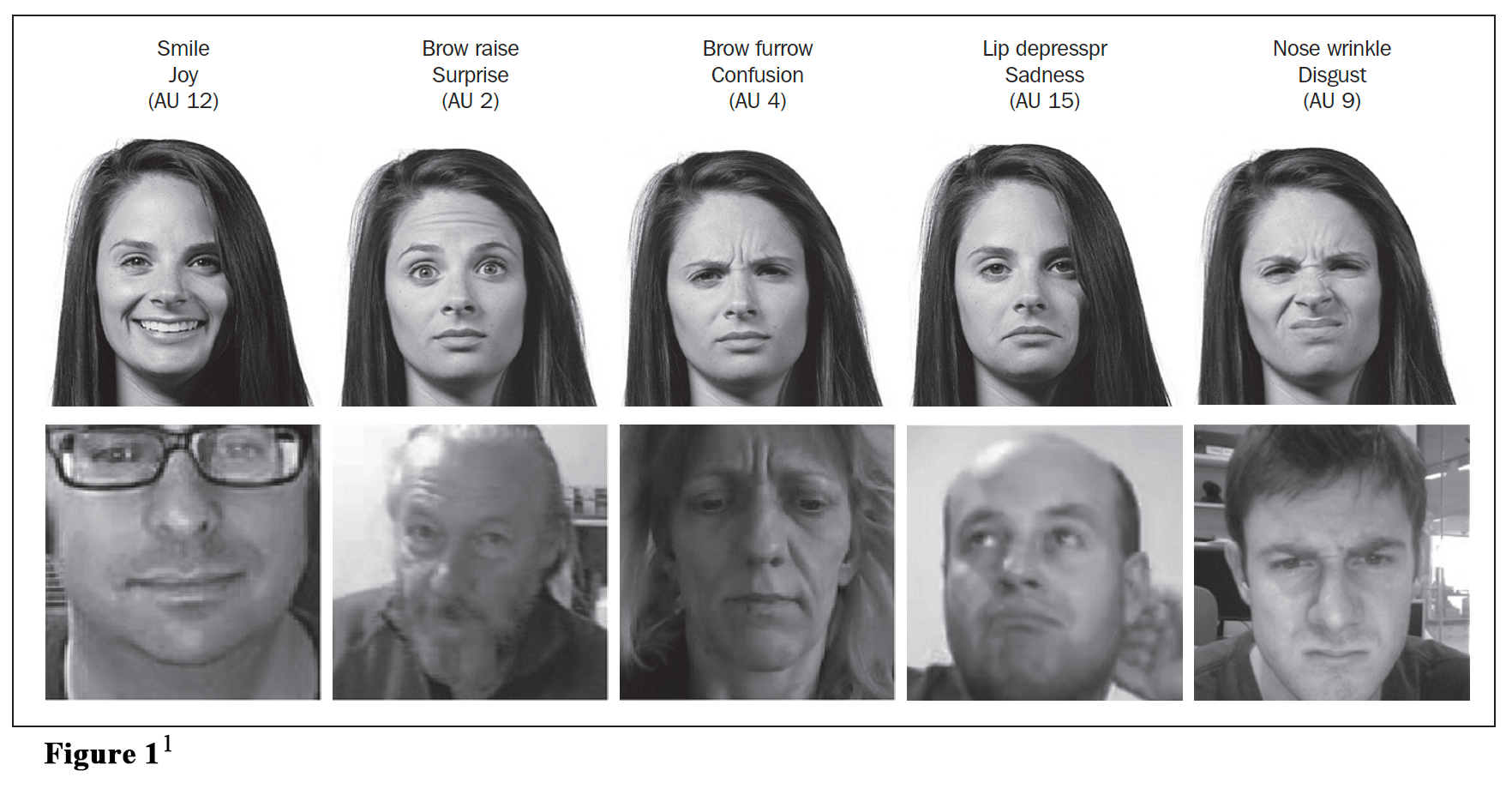 Facial analysis assists in helping real estate social media managers boost sharing. If we understand why people share, we can more accurately design content that increases sharing potential. Up until this point, there was little research to show what impact negative emotions had on sharing of advertisements. From our research, real estate agencies can more easily pinpoint what emotions an advertisement should aim to evoke and what content is more likely to be shared. Earned media, in this case sharing on social media, is essentially a zero-cost marketing technique.

McDuff, Daniel and Jonah Berger (2020), “Why Do Some Advertisements Get Shared More than Others: Quantifying Facial Expressions to Gain New Insights,” Journal of Advertising Research, December, 370-380.

Daniel McDuff, PhD
Researcher, Microsoft
Dr. Daniel McDuff (PhD – MIT Media Lab) is a principal researcher at Microsoft, where he is working on scalable artificial intelligence tools for understanding human behavior, health, and well-being. He completed his PhD at the MIT Media Lab, where his research helped spawn a new field of imaging-based physiological measurement. Previously, McDuff was director of research at Media Lab spinout Affectiva, where he led analysis of the largest facial expression dataset in the world. His work has received awards from Popular Science, SXSW, The Webby Awards, and ESOMAR and has been reported in The Times, The New York Times, The Wall Street Journal, BBC News, Scientific American, and Forbes.

Jonah Berger, PhD
Professor of Marketing, Wharton School of the University of Pennsylvania
Dr. Jonah Berger (PhD –Stanford University) is an internationally bestselling author of multiple books including Contagious: Why Things Catch On, Invisible Influence, and The Catalyst: How to Change Anyone’s Mind. He has published dozens of articles in top academic journals, teaches Wharton’s highest rated online course, and popular accounts of his work often appear in places like The New York Times, Wall Street Journal, and Harvard Business Review. He is a popular speaker at major conferences and events and consults for a range of Fortune 500 companies and startups.