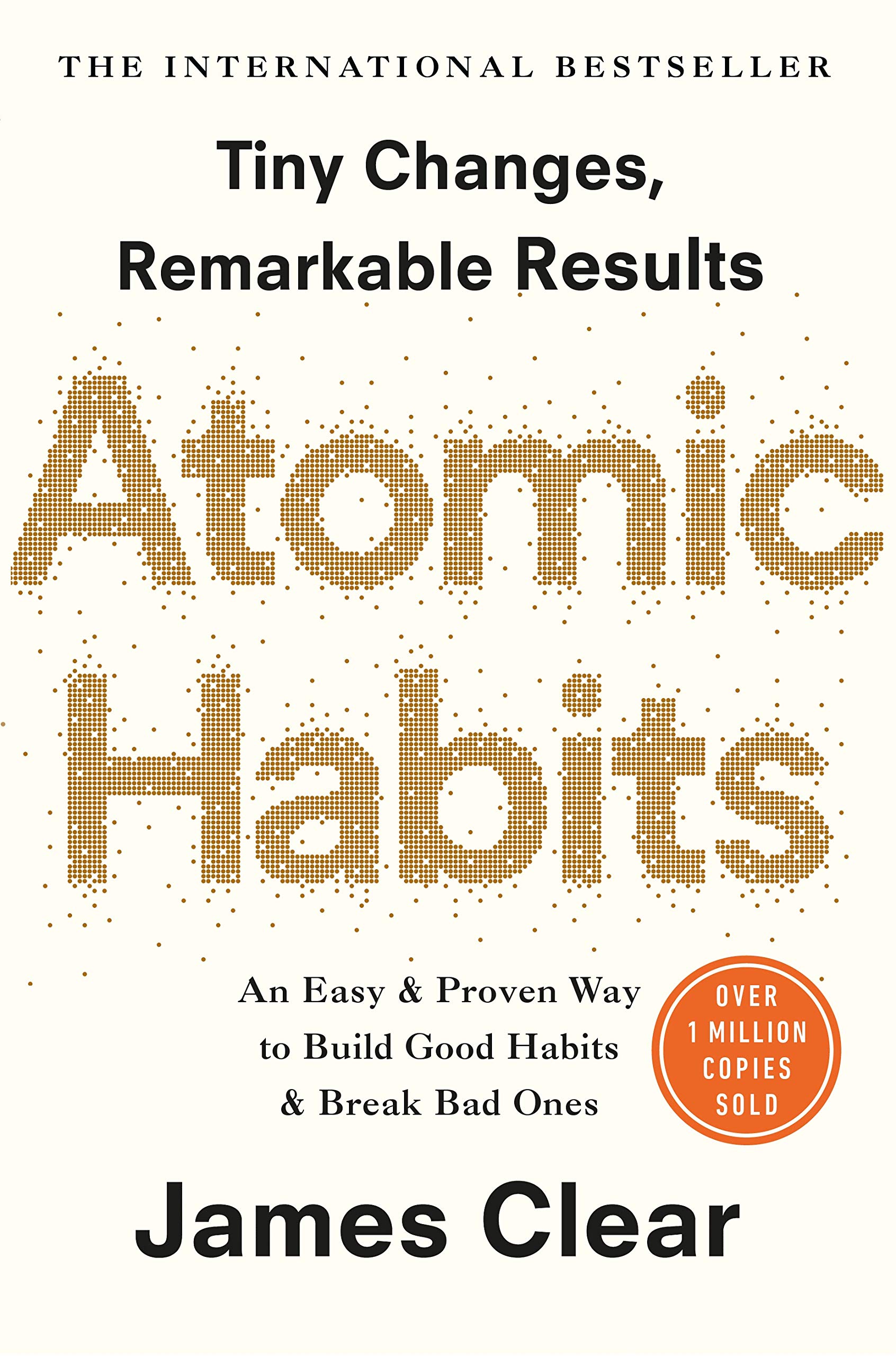 If you can get 1% better each day for one year, you’ll end up 37 times better by the time it’s all said and done. Just as time magnifies the margin between success and failure, good habits make time your ally, while bad habits make time your enemy. For most, it can be natural to overestimate the importance of one defining moment and underestimate the value of making small improvements on a daily basis. In Atomic Habits, James Clear, one of the world’s leading experts on habit formation, outlines the framework for getting 1% better every day.

Success is the product of daily habits and not once-in-a-lifetime transformations. Furthermore, success is not about the goals you set, but about the systems in place to achieve those goals. Clear defines atomic habits as a regular practice or routine that is not only small and easy to do, but also the sources of incredible power; a component system of compound growth. Overall, the ultimate purpose of habits is to solve the problems of life with as little energy and effort as possible. To put this into practice, The Four Laws of Behavior Change are a simple set of rules to build better habits as follows: (1) make it obvious, (2) make it attractive, (3) make it easy, and (4) make it satisfying.

One of the greatest challenges in changing habits is maintaining awareness of what one is actually doing. In order to understand why the consequences of bad habits can sneak up, a “point-and-call” system can be established in one’s personal life. To create this system, make a list of daily habits. For example: wake up, turn off alarm, check phone, go to the bathroom, and so on. Once a full list is created, look at each behavior and mark each habit as positive (+), negative (-) or neutral (=). The marks will depend on an individual’s situation and goals. Additionally, there are no good or bad habits, only effective habits— effective at solving problems. Clear states that the process of behavior change always starts with awareness. The system above is focused on the ability to recognize habits and acknowledge the cues that trigger them. With enough practice, one’s brain will pick up on the cues that predict certain outcomes without consciously thinking about it.

The best way to start a new habit is through implementation intention, which is a plan created beforehand about when and where to act. For example, “When situation X arises, I will perform response Y.” This can be translated to your habits by filling out the following sentence: “I will [BEHAVIOR] at [TIME] in [LOCATION].” Although this is applicable in one’s personal life, it can be just as applicable in one’s work life, including real estate. For example: (personal life) I will exercise for one hour at 5 p.m. in my local gym; (work life) I will write thank you letters to my clients every Friday at 1 p.m. in my office. Next, Clear describes the art of habit stacking, in order to combine the effects of these incremental habits. The formula for habit stacking is “After [CURRENT HABIT], I will [NEW HABIT].” To add on to the previous work life example: After I write my client thank you letters, I will plan out and review my to-do list for the following week. Overall, this method allows one to create a set of simple rules that guide future behavior. No matter what strategy is used, the secret to creating a successful habit stack is selecting the right cue to kick things off. Make the cues of good habits obvious in your environments. For example, if you want to remember to send more thank-you notes, keep a stack of stationary on your desk. Making a better decision is easy and natural when the cues of good habits are right in front of you.

The second Law of Behavior Change is to make habits irresistible by making them attractive. This means understanding what a craving is and how it works. The reward system that is activated in the brain when someone receives a reward is the same system that is activated when someone anticipates a reward. Therefore, habits must be made attractive because it is the expectation of a rewarding experience that motivates one to act in the first place. Clear creates a practical application of this concept by combining temptation bundling with the habit stacking described above in the following formula: “(1) After [CURRENT HABIT], I will [HABIT I NEED]. (2) After [HABIT I NEED], I will [HABIT I WANT].” For example, if someone wants to watch sports but needs to make sales calls, the formula would look as follows: (1) After I get back from my lunch break, I will call three potential clients (need). (2) After I call three potential clients, I will check ESPN (want). Overall, the strategy is to pair an action that is wanted with an action that is needed—making the habits more attractive.

Behaviors are attractive when they help us fit in. The role of family and friends coupled with social norms can shape habits, therefore it is critical to understand these intricacies. Most people imitate the habits of three groups in particular: the close (people around us), the many (groups), and the powerful (highly effective people). With this in mind, one of the most effective things someone can do to build better habits is to join a culture where (1) your desired behavior is the normal behavior and (2) you already have something in common with the group. If a behavior can get approval, respect, and praise, it becomes more attractive. Finally, habits are attractive when associated with positive things and unattractive when associated with negative things. Create a motivation ritual by doing something enjoyable immediately before a difficult habit.

In order to make habits easy, the focus should be on taking action and not being in motion. In other words, habit formation is the process by which a behavior becomes progressively more automatic through repetition. Therefore, the amount of time spent on performing a habit is not as critical as the number of times spent performing it. Repetition is required to make it automatic. In addition, human behavior follows the Law of Least Efforts, defined as taking the option that requires the least amount of work to achieve the desired outcome. In order to achieve this best, one’s environment must be created where doing the right thing is as easy as possible and doing the wrong thing becomes more and more difficult. Reduce the friction associated with good behaviors by priming your environment for future use. An example of this could be organizing a space for its intended purpose so that the next action is easy—such as creating a home office space to make working from home easier. This principle can also be inverted and prime environments to make bad behaviors difficult—such as leaving certain technology outside the door while working, making it harder to procrastinate or get distracted.

In Clear’s final application for making habits easy, he explains how to stop procrastinating by using the Two-Minute Rule. Even when one knows that they should start small, the tendency is always to start too big. The Two-Minute Rule states that “when you start a new habit, it should take less than two minutes to do.” 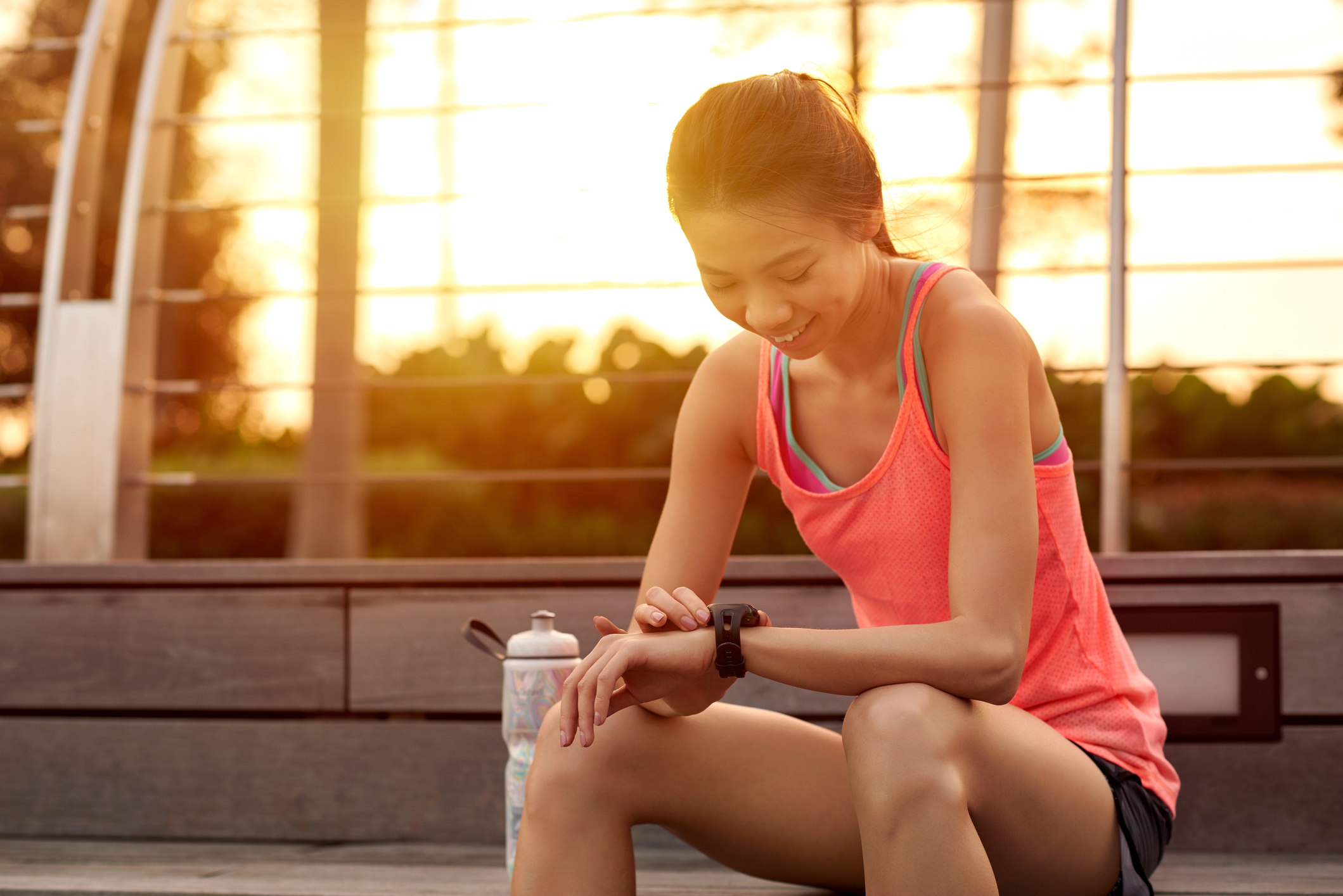 Just about any habit can be scaled down into a two-minute version—otherwise known as a gateway habit. The idea is to make your habits as easy as possible to start. For example, your goal might be to run a marathon, but your gateway habit is to put on your running shoes. All in all, the point of this rule is to master the habit of showing up. Once the easy habit is done on a more consistent basis, the next habit becomes more automatic. It is key to standardize before one can optimize. If at any point the Two-Minute Rule feels forced, try doing that habit for two minutes and then stop and repeat each day. Eventually, that habit becomes standardized, and the art of showing up has been mastered—making the rest easier. At some point, once the habit has been established and you’re showing up each day, the Two-Minute Rule can be combined with a technique called habit shaping—or to scale the habit up to the ultimate goal.

What is rewarded is repeated. What is punished is avoided. While the first three laws described above increase the odds that a behavior will be performed this time, the fourth law, “make it satisfying”, increases the odds that a behavior will be repeated next time. The trick is identifying immediate satisfaction, or what scientists call an immediate-return environment. What is immediately rewarded, is repeated and vice versa is known as the Cardinal Rule of Behavior Change. It is possible to train yourself to delay gratification, but the best way to do this is to add a little bit of immediate pleasure to the habits that pay off in the long-run and a little bit of immediate pain to the ones that don’t. It is also important that the rewards do not conflict the identity of the habit being established—i.e. eating a bowl of ice cream after working out. Overall, immediate reinforcement helps maintain the motivation in the short term while waiting on the long-term rewards to materialize.

Because one of the most satisfying feelings is the feeling of making progress, having a habit tracker can be crucial in establishing a behavior. A habit tracker can be a simple way to measure whether the habit was completed; an example could be marking an x on a calendar for each day it was completed. These visual forms of measurement can display clear evidence of progress and encourage habit streaks, further inducing satisfaction. Just as habit streaks can be established, Clear states that one should never miss a habit more than twice. If one day is missed, get back on track the next day or as quick as possible. As your habits evolve, the measurements themselves should evolve as well. An application of this in real estate could be creating the habit of marketing more constantly through social media, which can be a daunting task. A social media tracker calendar could be created to show how many days a post was made. The small business owner could also track how many views or likes they receive over time. Finally, Clear shows that an accountability partner can create an immediate cost to inaction since it is human nature to care about what others think of us. Knowing that someone else is watching can be a powerful motivator.

Behaviors are effortless when habits are obvious, attractive, easy and satisfying. In both work life and personal life (which, in turn, can affect work), positive habits are necessary to be successful as a business owner and leader. The key formula is as follows: Habits + Deliberate Practice = Mastery. Anyone can work hard when they feel motivated, but it is the ability to keep going when work is not exciting that makes the difference. Make it obvious. Make it attractive. Make it easy. Make it satisfying and repeat. This is a continuous process that has no finish line. Always look for the next way to get 1% better and understand that habits don’t add up, they compound. Clear states, “That’s the power of atomic habits. Tiny changes. Remarkable results.”