The Risks of Ethical Behavior 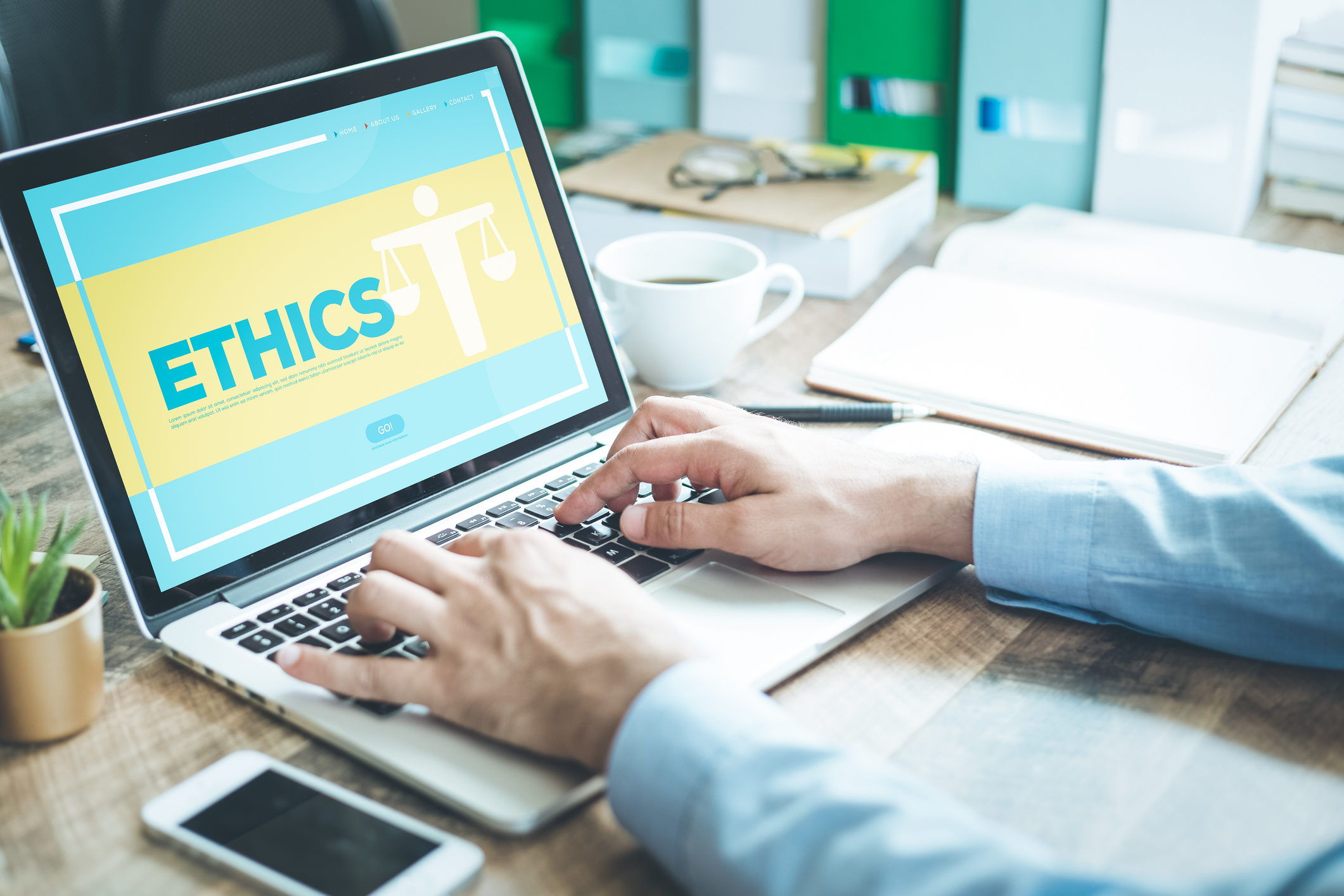 It may seem that we are in a golden age of business ethics. Following the collapse of “too big to fail” companies like Enron and Lehman Brothers, business ethics have come to the forefront of how we define contemporary capitalism. With the passage of Sarbanes Oxley in 2002 and Dodd-Frank in 2010, corporate governance has been reshaped to foster ethical business practices. As businesses seek to take on more social responsibility, ethics has seen a revival as well. Even business schools across the country have started mandating that students take courses in business ethics to instill the importance of ethical behavior in future business leaders.

We are now faced with entirely new ethical dilemmas in arenas such as social media and data sharing. The age of technology has muddied the waters of business ethics and created challenges for newly anointed managers. Even in light of mission statements and values that businesses implement while focusing on “doing the right thing,” the cold truth is that if managers and executives are not performing to the shareholders’ expectations, then they better keep their resumes handy. While this may be considered cynical, it is important to view both sides of the ethics argument. At every job, there are employees that will adhere to a strict ethical standard and those who value performance above all else. This stark contrast creates effects that you have probably experienced in your work life but may have never seen formalized.

Our team set out to capture what happens when there are disparities in ethical practice and job performance between employees. We also examine how ethics may have unintended consequences on the social landscape of the office.

In 1954, Leon Festinger developed the social comparison theory, which states that individuals determine their own social and personal worth based on how they stack up against others. At work, it is easy to fall into the comparison trap when you are slighted for a promotion or not recognized for the excellent report you submitted, but your coworker is. It is easy to see how the negative emotions may intensify if your colleague is doing something that is deemed unethical, such as manipulating accounts or double counting sales. You may think to yourself “If I did that, then I would probably be promoted, too…”. Does this sort of thinking create retaliatory actions among coworkers?

We used the social comparison theory as the basis for our study in determining how ethical and performance comparisons affect how employees interact with one another. The majority of existing literature on ethical behavior focuses on the benefits it may provide to your organization. However, there is little focus placed on the potential risks of ethical behavior.

There is an abundant amount of research that suggests that behaving ethically may come at the expense of appearing competent, in part because upholding ethics is time-consuming and could create inefficiencies (Bird & Waters 1989). Having an ethical agenda may slow down decision-making (Brown et al. 2005) and may be considered a waste of time when making important financial, technical, and administrative decisions (Bird & Waters 1989). Furthermore, more ethical employees may believe that they are held to higher standards than less ethical coworkers, which may limit their ability to adapt. On top of all this, research has shown that behaving ethically may undermine one’s self-interest and leave an ethical employee open to be taken advantage of by an unethical employee (Wojciszke 2005).

These findings suggest that an ethical employee will experience negative emotions such as stress, apprehension, and contempt when comparing themselves to an unethical coworker. This leads to our first hypothesis that a more ethical comparison (employee deems themselves more ethical than another) is positively related to negative emotions towards the unethical employee.

So, what could make this situation any worse? If the unethical employee is not competent at his or her job, then you likely will not feel that strongly about how they are behaving. After all, many organizations believe that performance should be the most important basis for evaluating and rewarding employees (Greenbaum et al. 2012). Therefore, if you are outperforming your unethical coworker, the impact of their unethical behavior is lessened. However, what if they are outperforming you? We found that when ethical employees view themselves as being lower performers than the unethical coworker, negative emotions were exacerbated. This makes sense when you consider that many organizations base rewards on performance alone, and that performance is often seen as an indicator for competence. When more ethical employees perceive that they are less competent, the negative emotional reactions of stress, contempt, or disgust are exacerbated. This leads to our second hypothesis: When an ethical employee perceives a coworker as unethical and a higher performer, negative emotions are exacerbated.

Now that we have established how the employee feels about a coworker's unethical ways, we need to think about how these negative emotions manifest themselves. When people are exposed to harmful social relationships and subsequent negative emotions, they typically respond with two types of protective behaviors—to either fight back or flee the situation. These behaviors are more commonly known as “fight or flight” instincts that are engrained in human neurology to protect us from risky or dangerous situations (Elliot & Covington 2001). While we are not likely to physically fight someone in our office (although we may like to), “fighting” may include gossiping about a coworker, delaying the coworker’s work to make them look bad by giving them misleading information (social undermining), or by doing anything to harm them in terms of their work-related success, reputation, and social relationships. 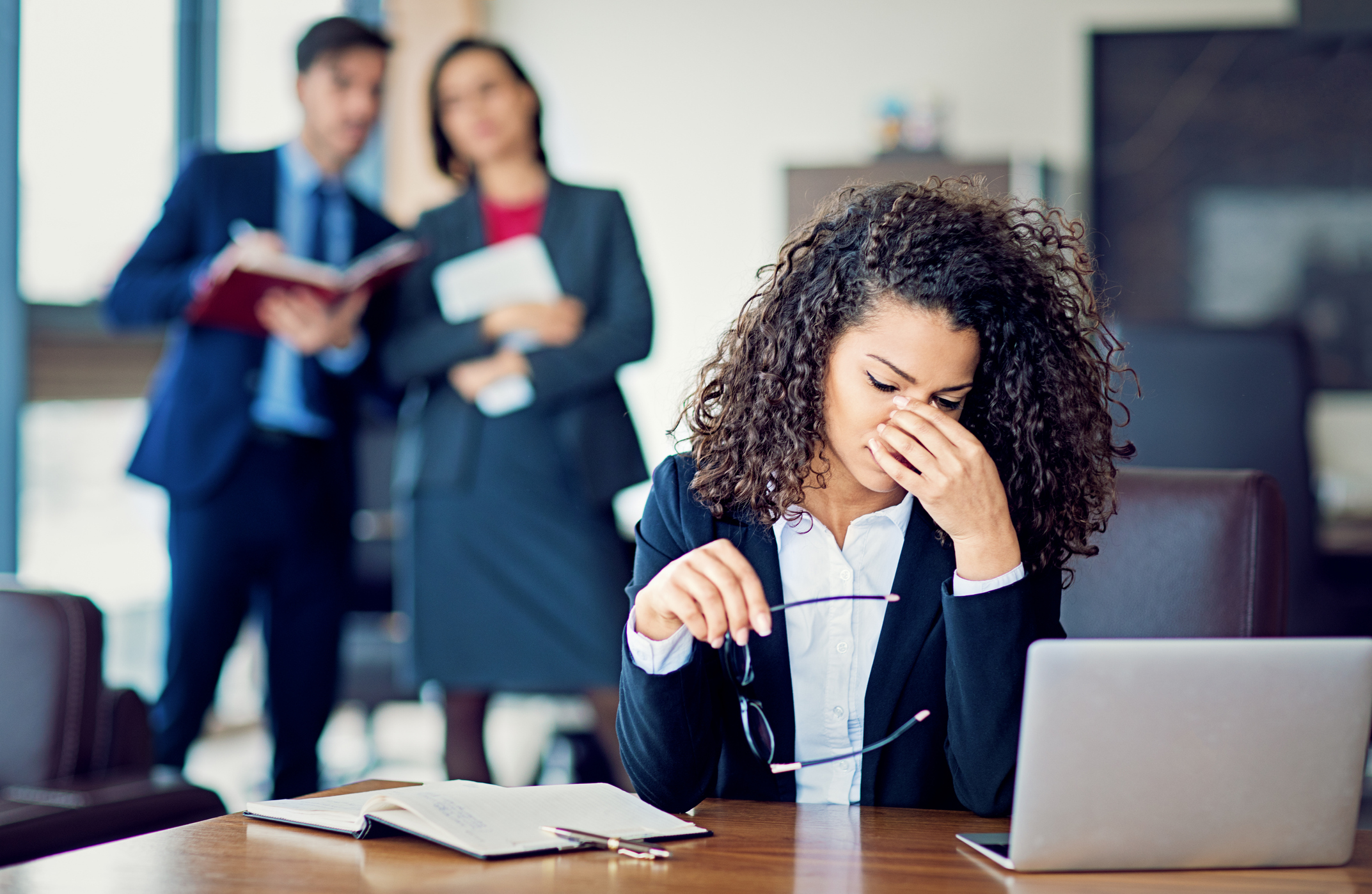 “Flight” on the other hand, may include actions to minimize a person’s exposure to an unfavorable situation, thereby allowing the person to continue to survive. This could include ostracizing the employee by leaving the room when he/she enters, not including him/her in work conversations, and not inviting him/her out to lunch or coffee. The potential for these toxic behaviors leads us to our third and final hypothesis: Employees deal with negative emotions related to comparisons of less ethical and higher performing coworkers through (a) social undermining and (b) ostracism.

When we think more broadly about these results, it is important to first think about the incentives. Are you solely incentivizing agents to focus on performance above all else? If you are running a firm or managing people, make it clear that high performance coupled with unethical behavior will not be celebrated. Consider recognizing staff who are making a difference and serving in the community. Restructure incentives to reward not only performance but quality work and customer service carried out with high ethical standards.

It is also important to set firm boundaries up front of what will and what will not be tolerated in terms of ethical behavior. By clearly communicating expectations, you are decreasing the ambiguity and “range of ethical standards” for different employees. New employees may have worked in an environment where a certain practice was commonplace but is frowned upon in your firm. By setting firm expectations and limiting the difference in ethical standards of employees, you will help cut down on toxic behavior and build a more supportive work environment.

Greenbaum, Rebecca L., Mary B. Mawritz, and Gabi Eissa (2012), “Bottom-Line Mentality as an Antecedent of Social Undermining and the Moderating Roles of Core Self-Evaluations and Conscientiousness,” Journal of Applied Psychology, 97(2), 343–359.

Mary B. Mawritz, PhD
Associate Professor of Management, Drexel University
Dr. Mary B. Mawritz’s (PhD – University of Central Florida) research interests include abusive supervision, deviant behavior, and leadership. Her research appears in the Journal of Organizational Behavior, The Leadership Quarterly, The Journal of Management, and Academy of Management, among others. Mary has served on the Editorial Review Boards of Journal of Organizational Behavior, Human Relations and Personnel Psychology. She also received the Drexel University Excellence in Research Award in 2014, 2015, and 2016.