Smartphone Use: Too Much of a Good Thing? 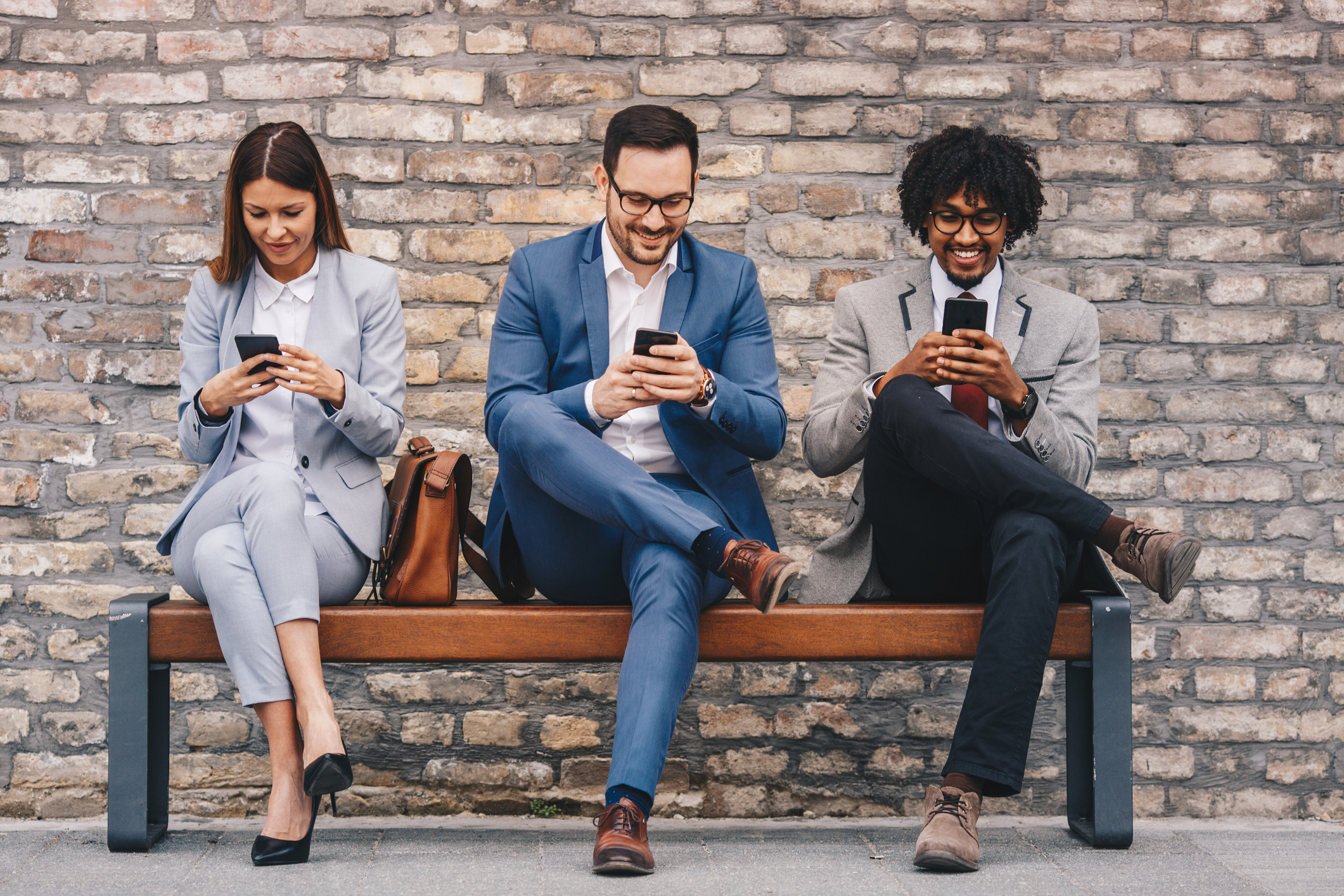 The circumference of Planet Earth is 24,901 miles of land and sea that separate the 7.7 billion people that live throughout it. With modern technology and the sheer size of our population, one would think that humankind would be more connected with one another now more than ever. In many ways, we are. We can instantly communicate with someone over 20,000 miles away from us without a second thought. Yet, in many ways, we have never been so disconnected from one another. Rates of depression, psychological distress, and suicide have increased significantly among Americans 26 and younger (Bahrampour 2019). Mick and Fournier (1998) refer to this phenomenon as the “Paradox of Technology,” as smartphones can be both freeing and enslaving at the same time.

This disconnect has even greater implications for our younger generations, who are growing up immersed in technology. To be fair, for younger generations, embracing new technology is not a new concept. Early adoption of technology by young people is a decades-long tradition that continues today with millennials and generation Z (Junco & Cotton 2012). However, the fact that smartphones have only been around for a relatively brief period means that there is still much we don’t know about them. For example, does all smartphone use have a negative effect on our well-being? Are there specific uses of the smartphone that can have a positive effect on well-being? Our team set out to answer these questions and get a better understanding of the psychological effects of this technology.

The majority of existing literature tells us that smartphone use and well-being are negatively related. However, a vast amount of this research has used self-reported data (e.g. surveying users about their smartphone use) which is widely considered unreliable. Therefore, our team wanted to collect more objective data using a new function on Apple iPhones that allows us not only to obtain actual smartphone use, but also shows which apps were used and for how long. We hoped that more detailed research with less subjective data would help explain the select literature that has reported positive relationships between smartphone use and well-being.

The structure of our studies began with two simple research questions:

To answer these questions, we enlisted nearly 150 college undergraduates to submit their smartphone use data. Participants did this by screenshotting their cellular usage data, which includes a list of specific apps that a given individual had used over the past seven days. Also included is the amount of time spent on each of the apps, as well as other information including the total time each app was in the participant’s cellphone background and battery usage. By collecting the data this way, our cellphone use data is less prone to bias and less subject to error that would likely be present if participants had to recall this information. Our results showed that although smartphone use ranged from less than an hour per day to nearly eight hours per day, participants on average spent around three hours per day using their smartphones.

We then looked to classify all of the apps that were used into categories based on their type. Specifically, we categorized the apps into the 23 primary categories which appear on the Apple app store. Our results showed that Apple apps are used the most by far. These results are not surprising since the apps in this category come standard on the Apple iPhones (e.g., settings, home, lock screen, phone). The next two most used categories of apps were social networking apps (e.g., Facebook, Twitter) and photo/video apps (e.g., Instagram, Snapchat), both of which were used far more than any remaining category of app.

We next sought to answer the following two questions on the relationship between smartphones and well-being:

To answer these questions, we contacted the participants from the original study two weeks after they had submitted their usage data and had them fill out a short survey. The survey assessed relational and individual well-being measures, such as relationship conflict and feelings of anxiety and depression. The results showed that total time spent using smartphone apps is positively correlated with conflict in personal relationships, as well as feelings of depression and anxiety. At first glance, these initial results do not differ from the existing literature. However, our results within specific categories show that this is not the whole story.

To provide a more detailed explanation of the impact of cellphone use on well-being, we examined whether the use of certain apps is associated with relational and/or subjective well-being. These results indicated that nine of the 23 categories were significant predictors of relationship conflict. Specifically, time spent using the news, utilities, shopping, finance, health, lifestyle, and Apple apps are generally associated with more conflict in relationships. Interestingly, however, time spent on productivity apps and weather apps is associated with less conflict in relationships. These findings suggest that not all app usage is harmful to relational well-being.

In terms of overall well-being, time spent using photo/video apps is associated with higher depression and anxiety. Conversely, time spent on book apps is associated with less depression and anxiety. These results were surprising, as they gave us a better understanding of how smartphones affect our psychological state. We now know that it may be oversimplified to state that smartphone use has harmful effects on well-being. The impact of smartphone use depends on which apps the user spends the majority of his or her time.

Thinking in terms of the real estate industry, the results of our studies are relevant for multiple reasons. First of all, real estate agents typically find themselves spending a large portion of time outside of their office. These agents are on the road traveling to various properties all over the city; however, they still need to be able to communicate and interact for their business. Agents should not only be mindful of how much time they are spending on their smartphone but also what kinds of apps they are using the most often. It would be a disservice to suggest that agents should cut back on smartphone use completely, as it would be impractical and an oversimplification of the issue. 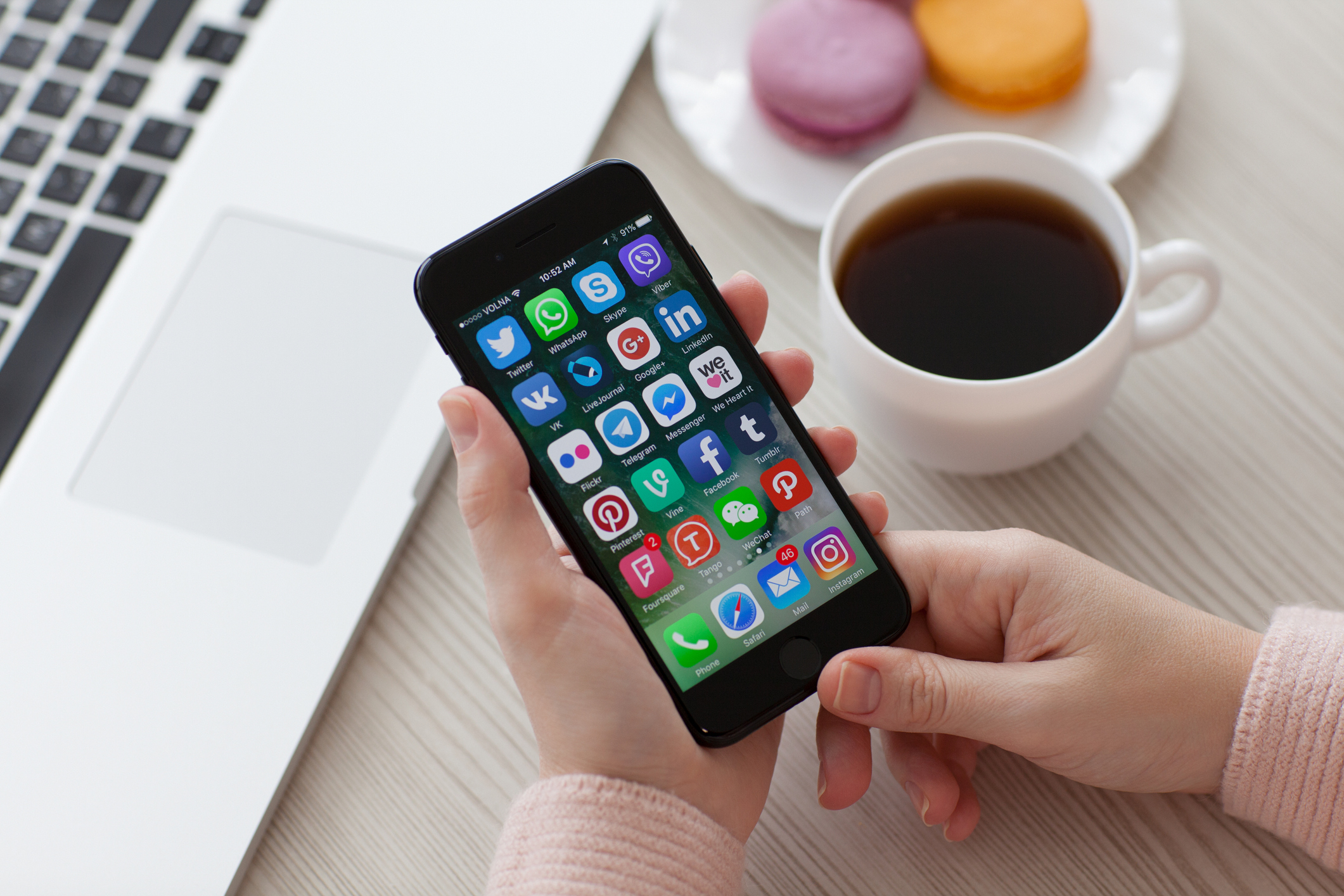 As an agent, consider what types of apps you are using most during the day. If you are using apps associated with negative well-being, consider setting aside a block of time during the day to engage on social media, post what you need to during that time, and then log off. If you have an important meeting or are having a stressful day, consider using apps associated with positive well-being, such as an e-reader or a guided meditation app. By being more conscious of your smartphone usage, as well as which applications you use, there is a good chance you will not only experience improved subjective well-being but job satisfaction as well.

The next time we are quick to blame technology for all of society’s shortcomings, it is important to remember that not all of technology affects us the same way. It is up to us to decide whether technology will be a positive or a negative force in our life.

David, Meredith E., James A. Roberts, and Brett Christenson (2017), "Too Much of a Good Thing: Investigating the Association between Actual Smartphone Use and Individual Well-Being,” International Journal of Human-Computer Interaction, 34, 265-275.

Meredith E. David, PhD
Assistant Professor, Baylor University
Dr. Meredith David (PhD – University of South Carolina) joined the Baylor marketing faculty in 2014. Her research focuses on marketing strategies with an emphasis on consumer behavior and well-being. Recently, her research has explored how new media technologies, including smartphones, impact personal and workplace relationships. Dr. David has also published research related to customized pricing tactics, interpersonal attachment styles, and the pursuit of health goals. Her research appears in numerous journals including the Journal of Business Research, Journal of the Association for Consumer Research, Journal of Advertising, European Journal of Marketing, and Psychology & Marketing, among others. Dr. David has been interviewed and quoted for her research in many national and international news outlets, including ABC News, Fox News, Oprah.com, Redbook Magazine, Consumer Reports, and Health Magazine, among others.

James A. Roberts, PhD
Director of the Center for Non-Profit Leadership and Service and Ben Williams Professor in Marketing, Baylor University
Dr. Jim Roberts (PhD - University of Nebraska-Lincoln) has been a member of the Baylor marketing faculty since 1991. He has had approximately 80 articles published in numerous academic journals. He is also the author of two books, Shiny Objects (Harper Collins) and Too Much of a Good Thing: Are You Addicted to your Smartphone?

Dr. Roberts is a nationally recognized expert on consumer behavior. His research has been quoted and/or featured on The O’Reilly Factor, The Doctors on CBS, Time.com, US News & World Report, New York Times, USA Today, The Wall Street Journal, National Public Radio, Cosmopolitan Magazine, Glamour, and many other newspapers, magazines, websites, and television networks. Dr. Roberts has also appeared on the CBS Early Show, ABC World News Tonight, ABC Good Morning America, and NBC The Today Show.His current research interests include the pursuit of happiness through money and material possessions and investigating the antecedents and consequences of smartphone addiction and its impact on personal happiness and professional productivity.

Brett Christenson, PhD Candidate
The University of Alabama
Brett Christenson is a doctoral student in the Marketing Department of Culverhouse College of Commerce at The University of Alabama. Prior to joining the PhD program, he was a lecturer in the Marketing Department at Baylor University. Brett’s research interest falls broadly in the area of consumer behavior, with a specific interest in cross-modal correspondence, sensory marketing, music, construal, and negative emotions. As a PhD student, Brett has received two awards for research funding through SEiR Summer Research Support as well as being part of a best poster award at the 2017 Frontiers in Service Conference.