Networking: The Difference in Knowing and Doing

Engagement in networking does not always accurately reflect the level of awareness about the need for networking. This “knowing-doing gap” is profound; two-thirds of professionals in one study felt ambivalent as to the efficacy or ethicality 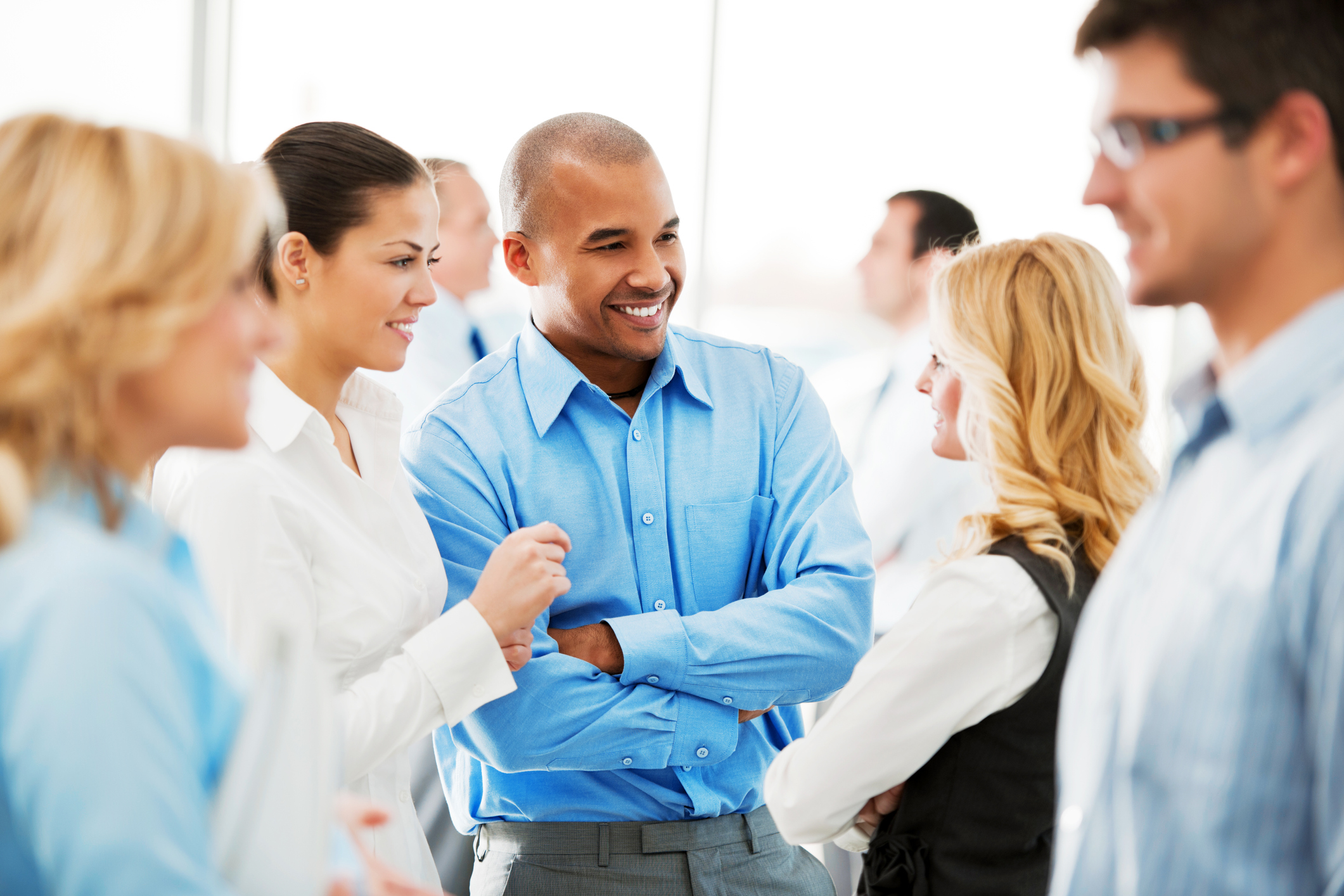 of networking and were disengaged from the networking process. Professional-instrumental networking, which we define as “proactive and purposeful efforts to build, manage, or leverage relationships towards professional goals” (Kuwabara, Hildebrand, & Zou 2018), is critical to the establishment, upkeep, and utilization of professional networks. Identifying and eliminating areas of disengagement from networking is key to maximizing gain and potential.

Our purpose in this study was to examine the “knowing-doing gap” in networking in order to understand how lay beliefs—in this case mindsets about networking—impacted a person’s motivation to engage in networking. The model for this problem illustrates the influence of a fixed view of social intelligence, social relations, and social capital, in contrast to a malleable, growth view. Individuals with fixed mindsets view behaviors and skills as innate and unchanging, connecting professional failures as personal since, to them, networking well is about talent and personality. Fixed views reduce the likelihood of individuals fully engaging. Alternatively, malleable viewpoints hold abilities and skills as learnable and the product of effort or practice, associating potential failure in networking as an opportunity to improve and expand skills for the next interaction in a continuous process of networking improvement.

At play is how fixed views of these levels influence perceptions of utility and morality in the networking process.

This analysis shows that fixed views on social intelligence create negative perceptions of search, leading to decreased engagement in building networks, resulting in smaller-sized networks. Likewise, fixed views of social relations lead to negative attitudes regarding maintenance, resulting in less engagement with existing network members and little diversity in the network. Finally, fixed views of social capital sour attitudes on leverage, reducing the use of network links for personal or mutual benefit, and leave networks dispersed and loosely connected.

Mapping how their personal lay beliefs influence engagement in networking is important for real estate professionals. Tailored outreach and interactions with colleagues can bridge the gaps that form when people are hesitant to network. Greater exposure in networking allows for greater opportunity in both known and unknown fields. Whether helping a client identify a new, promising investment or putting a client in a new home, agents can find benefits in a vibrant, healthy, and engaged network.

A fixed view of social intelligence impacts an individual’s ability to form relationships and interact with others. Social intelligence supplies a person’s foundational ability for networking, enabling them to socialize, make connections, and handle interpersonal situations. For those with a fixed view, networking depends critically on innate characteristics, such as talent or personality traits. Network engagement therefore reflects those unchanging abilities to network, reducing outreach and engagement.

Accompanying a fixed view of social intelligence is frustration over the usefulness and moral nature of search in networking. Since behaviors and traits are inherited for these people, perceptions of self-confidence and self-esteem bleed into perceptions of the results of networking. If a person with a fixed view of social intelligence deems themselves incapable of forming relationships with incompatible persons, they will diminish their own ability to network, as, for such individuals, networking is an extension of their natural ability to form relationships and connections. Further, because traits are inherited and unmoving in this view, a certain level of unfairness is observed between those that have “good” networking abilities and those with “bad” networking skills. Thus, networking itself can be perceived as manipulative and counter to merit-based rewards.

A fixed view of social intelligence contributes to a network that is stunted in its own potential. Hesitation over the effectiveness of networking or a belief that adding new professional contacts is unfair or “wrong” decreases the level to which professionals will network. This produces a network that is smaller in size because of disengagement, which is due to some perceived inability or inadequacy. Whereas their malleable colleagues actively engage in networking knowing their effort can bring improvement, fixed view holders on social intelligence withdraw from the process, with that withdrawal increasing as social intelligence decreases.

Fixed views in the area of social relations and maintenance inhibit the upkeep and continuity of professional ties. At this level, the fixed view regards human connections through a lens of natural fit or incompatibility, wherein relationships ideally form organically from points of connectivity. Like jigsaw puzzle pieces fitting together in just the right way, so too should relationships function, according to the fixed view. Since people migrate to those compatible with them, networking should happen easily and without effort. 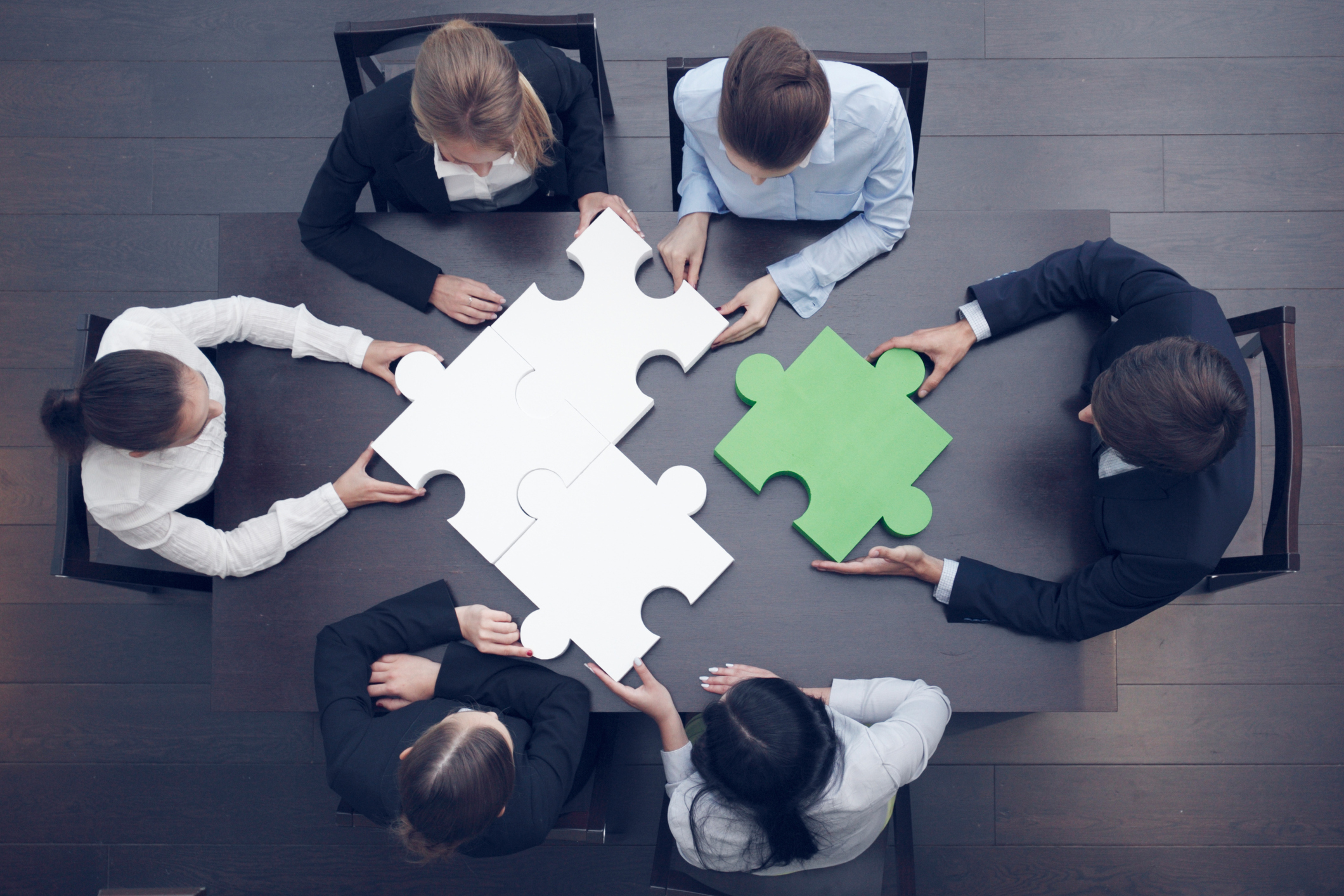 Limitations at this level come about when expectations of “puzzle piece” relationships do not mirror reality. Rather than cultivating network ties as those with malleable views do, fixed-view individuals regard the need for cultivation as a sign of an unnatural connection, because all relationships should be natural and unforced. This serves to increase the disconnect between understanding and engagement in networking, with those holding a fixed view seeing relational maintenance as useless and manipulative for making an unnatural connection last. As a result, these networks lack substantial diversity, favoring similarities that don’t need to be overcome.

Extremely similar backgrounds and characteristics allow for easier network connections under the fixed view. These types of relationships are the most naturally formed and fit in the right place like a puzzle piece, which is essential to relationships under a fixed view. These relationships can fall outside the normal expectations for a given individual holding a fixed view, but, as a whole, fixed view holders tend to lack diverse connections as most of those ties would require work and effort to grow and maintain. The extent of maintenance disengagement increases as personal and professional similarities lessen, an inverse relationship.

Leverage refers to the ability of a person to make use of professional ties in pursuit of some other goal. When properly engaged, this level of interaction saves time—and therefore money—that would otherwise be spent forming new connections with potential clients, partners, or leads. Utilizing the professional networks of others offers networkers a varied portfolio of experience and opportunity. From there, what was formerly a disconnected blip on another’s network has a chance to be linked, incorporated, and called upon.

In contrast, fixed views of social capital and leverage are marked by discontinuity in networks leading to missed opportunities and lost connections among existing relationships. Exchanges and interactions between two people can be perceived as zero-sum, with one person benefiting at the expense of the other.  Fixed view holders will avoid engaging their network to ask for assistance because these actions are seen as manipulative and a danger to the relationship. Further, when a third person is added to a networking interaction, making connections and closing structural holes—areas in which network contacts are disconnected and opportunities to close that gap exist—decreases due to a perception that linking the other parties makes the fixed view-holder irrelevant, bypassed, and less likely to find benefit or value.

As a result of a fixed view, network development at the social capital level is less integrated and cohesive, with existing ties loosely assembled and weakened by low contact and connection. Since these types of networks are highly similar, overall social capital is limited and forming connections to close structural holes is disincentivized. As with social relations, engagement with leverage decreases as similarity of contacts increases.

Networking can be a difficult issue for real estate professionals, and navigating that reality is key to successfully expanding professional ties to produce benefit for a firm, client, or project. The underlying reasons for motivation are often not conscious decisions, but involuntary responses based on individual perceptions and beliefs regarding the act of networking itself. Navigating the nuances of each individual’s beliefs on networking allows the real estate firm to account for agents’ disengagement and to boost agents’ engagement and reward from professional instrumental networking.

Increasing engagement in networking is possible by looking within and without at the unique skills, abilities, and personalities of each person in an organization or environment. A plan of action is possible after identifying areas where the fixed view dominates to be aware of areas of improvement:

Shifting a person’s belief about an issue is effective in changing behavior and reflections on personal or professional growth and can bring about a change in motivation and approach to networking. Engaging and taking part in the rewards of networking is possible for all professionals who find a willingness to continually grow and develop professional relationships alongside those around them.

Kuwabara, Ko, Claudius A. Hildebrand, and Xi Zou (2018), “Lay Theories of Networking: How Laypeople’s Beliefs About Networks Affect Their Attitudes Toward and Engagement in Instrumental Networking,” Academy of Management Review, 43(1), 50-64.

Ko Kuwabara, PhD
Associate Professor of Organizational Behavior, INSEAD Singapore
Dr. Ko Kuwabara’s (PhD – Cornell University) research focuses on the motivational psychology of networking by examining players and engagement in networking, cross-cultural differences, and trust in peer exchanges. His work has been published in American Sociological Review, Social Psychology and Personality Science, The Economic Sociology of Capitalism, American Journal of Sociology, Academy of Management Journal, Psychological Science, and Social Psychology Quarterly, among others. Dr. Kuwabara has also served on the editorial board of Social Psychology Quarterly and as a reviewer for American Journal of Sociology, Administrative Science Quarterly, American Sociological Review, Social Forces, and Social Networks. He teaches a leadership course in the MBA program at INSEAD Singapore and was previously an Associate Professor of Management at Columbia Business School, teaching courses on negotiation, social networks, and organizational change in the MBA and various executive education programs.

Claudius A. Hildebrand, PhD
Associate, Spencer Stuart
Dr. Claudius Hildebrand (PhD – Columbia Business School) is a leadership and organizational culture expert who has worked with clients in multiple industries and lectured in Executive MBA programs. He has designed custom leadership curricula for top leaders and created leadership training plans for company-wide roll-out. During his career, Claudius has taken part in and conducted individual coaching sessions for CEOs and business unit leaders ranging from Fortune 500 firms to start-ups. In his work, Claudius pushes clients to sharpen their strategic perspective, shape the organizational structure, and refine personal leadership capabilities. At the organizational level, Claudius has transformed the culture of several Fortune 100 companies by identifying a company's core values and developing guiding principles to inspire employees.

Xi Zou, PhD
Associate Professor of Strategy, Management, and Organization, Nanyang Business School
Dr. Xi Zou’s (PhD – Columbia Business School) research draws on social psychology to understand how culture and motivation shape people’s judgments, decision-making, and behaviors, and the implications for interpersonal dynamics and job performance. Her work has been published in top management and psychology journals such as Research in Organizational Behavior, Academy of Management Review, Organizational Behavior and Human Decision Making Processes, and Journal of Personality and Social Psychology. Dr. Zou is currently an Associate Editor at Asian Journal of Social Psychology, as well as on editorial boards of Academy of Management Perspectives, Journal of Management Studies, and Management & Organization Review. Before joining NBS, she was a faculty at London Business School in the United Kingdom, where she taught in the Masters in Management, Masters in Finance, MBA and EMBA programs. She has extensive experience in teaching leadership development and business negotiation.