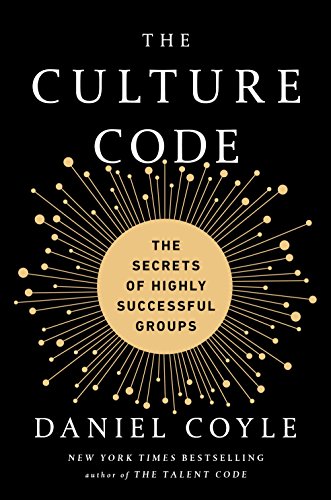 In an age of rampant corporate expansion, profits are tied into globalization. Global immersion is highly dependent on the understanding that effective communication transcends culture. In his book, The Culture Code, Daniel Coyle draws from a unique range of anecdotes and experiences to display how finding similarities in diverse groups can aid in effective leadership and communication.

This book does not attempt to prove differences in cultures, but rather show the similarities behind cultural mindsets. It proves that no matter where the group comes from or in which period of history they existed, their reactions to situations and people remain constant. Successful relationships among individuals, regardless of their cultural backgrounds, are based on three core values—simplicity, empathy, and clarity.

According to Coyle, there is great benefit in adopting the idea that every problem has a simple solution. He cites an example where the Defense Advanced Research Projects Agency (DARPA) created a competition to find ten red balloons hidden across the country. The brightest minds used every algorithm and a geo-mapping process known but the team that eventually won used a simpler method—they used social networking to engage more people in the search in exchange for a share of the prize.

In another experiment, multiple groups were asked to build the tallest structure they could out of simple materials. Each group was comprised of like-minded individuals, such as MBAs, executives, engineers, etc. The most surprising result of this experiment was that the team with the highest efficiency was comprised of only kindergarteners. You may wonder how a bunch of five-year-olds outsmarted highly trained engineers or executives, but the answer is, by keeping it simple. Observers of the “advanced” groups saw that individuals in these groups focused more on their own evaluation in relation to the group (i.e. level of participation, desire to take on a leadership role, or concern of others’ perception of their performance) rather than focusing on the primary task. The kindergarteners, however, immediately started on the task and worked with the simple goal of building the tallest structure. The kindergarteners would work in silence for the most part and only communicated in short sentences to get the job done.

In most real estate interactions, focus often shifts onto creating an impression with the client or out-performing peers at the firm. However, these are what should be at the periphery of our focus in order to meet the transactional requirements of the interaction. The most immediate need of a client looking to buy a house is to be shown many property options matching their requirements at the lowest cost. Eliminating unnecessary social interactions and channelling time and resources into meeting the core focus maximizes client satisfaction.

The ability to communicate well may sound simple, but communication is made up of countless moving parts. In every conversation, there are millions of subtleties that subconsciously tell the listener things about the speaker’s personality, which helps the listener form impressions. Body language is so much more than posture or expression, as it unknowingly communicates a state of mind. Coyle cites an example of a team working on a project to sell a group of homes on the market. In this group, one individual has low motivation, seems disinterested from his posture, and adds little or no value to the interaction. Instead of the group ignoring or motivating this individual, we see the overall performance of the group diminished. This is commonly referred to as the bad apple syndrome. Negative reactions can influence a group as much as positive ones. We then see the project leader come in and push everyone into action not by aggression or pressure but by working with an upbeat attitude. After a while, we see even the “bad apples” start to show initiative.

There are several misconceptions that exist around successful communication. We are often under the misconception that quotes and catchphrases belong only in advertisements and underestimate the value of using catchphrases in our daily lives. Using a quick slogan or short catchphrase in a conversation makes the communication more memorable and creates a lasting impression in the listener’s mind. Many will also agree that interrupting is rude, but communication experts have also witnessed positive interruptions. Coyle describes that experts noticed key differences in the way individuals react to being interrupted, correlating negative reactions to being interrupted by a person who wants to insert his or her own viewpoint into a conversation while finding positive reactions to interruptions based on excitement to know more. Know that when talking to potential buyers, interrupting at the right time, and for the right reasons, will show your keen interest in what they have to say.

One of the most powerful tools in any successful relationship is the ability to share weakness. Being vulnerable helps build deep bonds and invites the question, “How can I help?” This, in turn, creates a sense of community and belonging, forging a stronger bond. Often, we hesitate to ask for help as not to be identified as incompetent. Coyle explains that people identify more with vulnerability than strength. When struggling with a difficult project or client, confiding in colleagues and asking for assistance helps build an effective sense of community that leads to advanced efficiency. A sense of belonging is something every individual needs, and so creating a personal relationship within any interaction is easiest when invoking a sense of empathy in the listener. Whenever you need to deliver negative news, do so in person. Bad news brings people together, especially if you can communicate it in a way where the person feels comfortable being vulnerable and hears you saying “I understand the problem, how can I help?”

The most important part of any successful deal is the ability to set priorities for yourself and expectations for the group. It is a good practice to vocalize your priorities and overcommunicate them to ensure clarity in thought. A common practice among working professionals is the use of mental contrasting, or creating a visual map of one’s priorities. Name and rank your goals, and constantly visualize them. Then, aim to contrast these goals with a vivid image of the obstacles in the path to achieve them. Imagine yourself literally walking around the obstacles to reach the destination, and then envision how to work through these obstacles. In real estate, the three highest priorities are the client, the community, and the company. It is important to know what they need and what is stopping you from meeting their expectations.

Daniel Coyle’s The Culture Code gives us a unique outlook on social interactions and helps us understand that reactions to situations remain constant over time and groups and can be predicted. Coyle gives readers key takeaways in communication and leadership, explaining that effective leaders portray empathy rather than control and vulnerability more than strength. The Culture Code teaches us simple concepts in order to understand effective communication methods, a key foundation in real estate and business alike.

Arjun Azavedo, MBA Candidate
Baylor University
Arjun Azavedo is a graduate student from Pune, India. He earned his Bachelor of Science in Economics and has experience in consulting, food and hospitality, and the software industry working on automating delivery processes of HCM software. Arjun is pursuing an MBA with a dual MIS focus and plans to pursue a career in sales or marketing in the technology space with a focus on AI and machine learning.