From 1996 to 2006, U.S. housing prices skyrocketed due to a variety of factors, including low mortgage interest rates, aggressive lending policies, and governmental attempts to increase home-ownership levels. From 2006 to 2011, the housing crash put downward pressure on house values throughout the country, affecting millions of households. However, despite the crash, many homeowners continued to ask unreasonably high prices for their homes. As a result, a 12-month supply of homes remained for sale, a level twice that of a healthy market. A reluctance to lower asking prices, also known as downward price stickiness, created an excess supply (upwards of 6.2 million homes) and prolonged the housing crisis.

Though this phenomenon of sticky asking prices is well-documented, the psychology underlying such pricing decisions is still unclear. Accordingly, our research examined the factors that lead homeowners to make decisions such as overpricing their homes and resisting downward price changes. Two factors we focused on were: (1) whether the seller has experienced a gain or loss (either financial or emotional) and (2) the duration of home ownership. We hypothesized that these two factors interact to determine sellers’ asking prices and the stickiness of these prices. 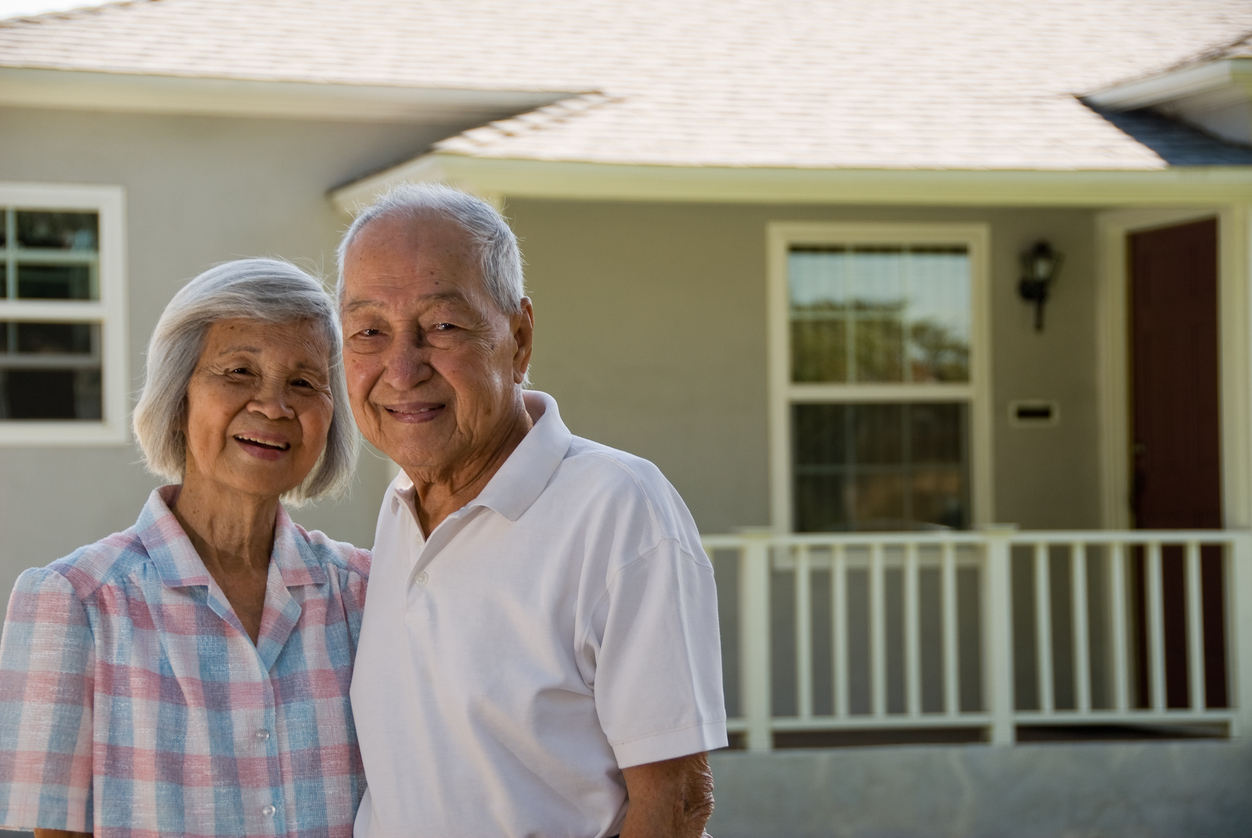 Stickiness is defined as price rigidity, so a high level of price stickiness indicates that the selling price fails to adjust quickly to changing market conditions while a low level of price stickiness means the selling prices does adjust quickly. In our research, we measured price stickiness with respect to how quickly sellers drop their initial asking prices and the amount by which they do so. Additionally, we defined emotional gains or losses as the store of positive or negative emotional memories accumulated by the homeowner during the period of home ownership. Therefore, those sellers who have enjoyed predominantly positive experiences in their homes and, as a result, have developed an emotional attachment to their homes, are characterized as being in the domain of emotional gains. The gain is from the significant emotional utility stemming from owning the home. Conversely, sellers who have suffered mostly negative experiences in their homes and have become emotionally detached from the home are said to be in the domain of emotional losses because ownership of the home has created emotional disutility.

The investigation was divided into two smaller studies. The first was a field study involving the analysis of real pricing decisions of US homeowners in the market to sell their homes. The second was a controlled experiment in the laboratory in which participants were asked to play home sellers in a housing market simulation.

For study one, using the ZipRealty website, we obtained a random sample of 637 metropolitan and suburban homes. For each listing, we gathered twelve variables including: (1) when the house was purchased by the current seller and its purchase price; (2) date the house was listed for sale; (3) value of the house (4) the average prices of comparable houses sold in the same market; (5) the seller’s initial asking price and the date when it was listed for sale; (6) changes in asking price made by the seller; (7) current asking price and date when it was changed.

Using actual real-estate listings, however, presents one key limitation in that there is no explicit variable representing the seller’s emotional reference point. To address this, we manually examined pictures of each home posted by the seller on zillow.com. If one or more pictures of the listing had personal photographs of residents clearly visible in them, we characterized the house as having an “emotional gain.” In cases where there were no visible personal photographs, we denoted the house as being in the domain of “emotional loss.” We reasoned that individuals who display personal photographs in their homes, despite advice to the contrary from real-estate agents and stagers, feel more attached to their homes.

For study two, we conducted an experiment involving 98 participants who received hypothetical information about a home which they imagined trying to sell. Details of the house specified that the participant had either owned the house for 1 year (short duration) or 8 years (long duration), was either positively (domain of emotional gains) or negatively (domain of emotional losses) attached to the house, and had paid either $175,000 (gains domain) or $355,000 (losses domain) for the house. Instructions also included recent comparable home sales and asked participants to provide an asking price, after which they would learn if the hypothetical buyer had accepted the asking price. If the buyer did not accept the asking price, the participant would then have a chance to adjust the price or keep it the same for up to four more rounds. The role of the hypothetical buyer was fulfilled by a computer algorithm. 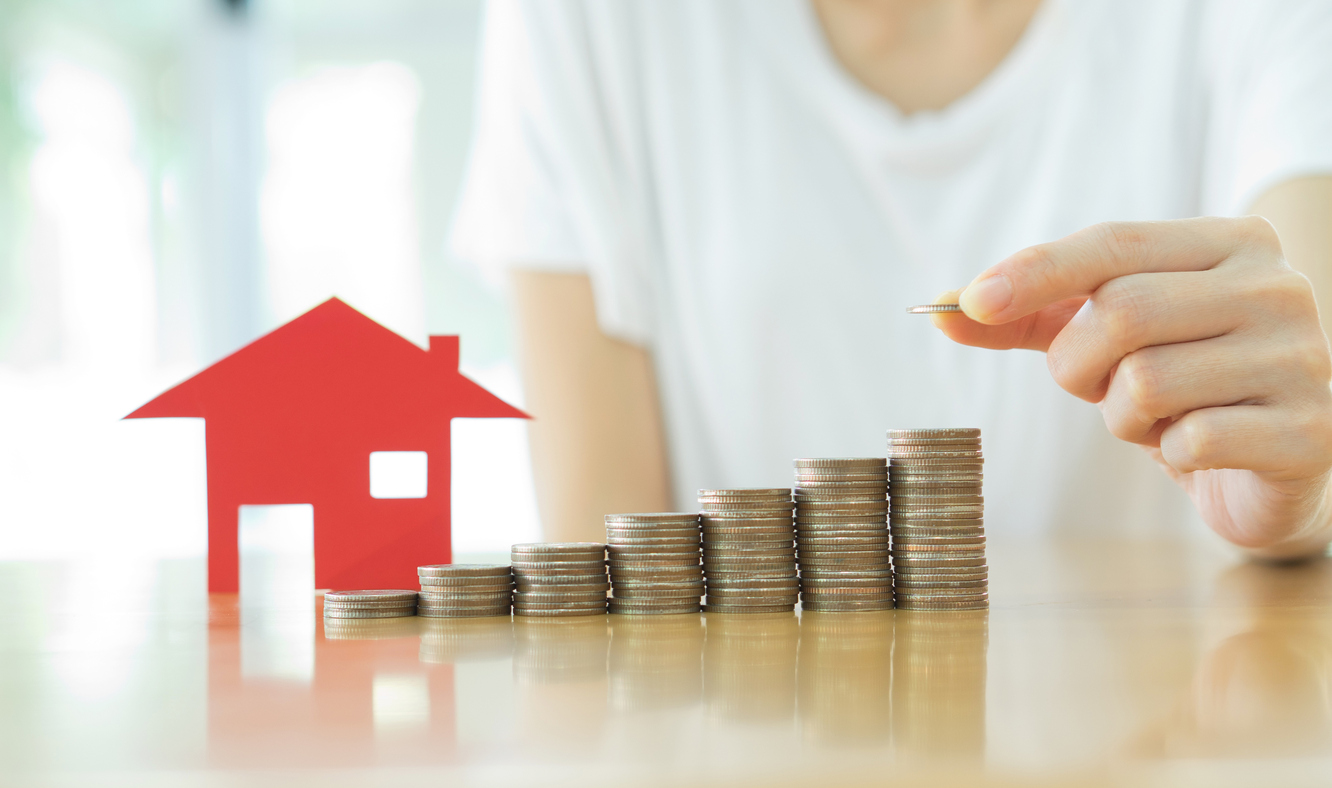 By examining real pricing decisions of homeowners across four metropolitan US markets, these results provide useful insights into the interactive effects of ownership duration with financial and emotional reference points in both level of prices asked by homeowners (as assessed by adjusted price premium) and their stickiness (as measured by days until first price change and adjusted change in asking price). In the case of financial losses/gains, in addition to likely reflecting a market correction, it is also possible that the length of ownership changes perceptions of the nature of the housing market. Owners who have been in their homes for a long period of time are more likely to take a broader view of the market and thus are more likely to view the market as changeable. In contrast, those who have owned their home for a short period of time may be likely to take a narrower view of the market and see it as being fixed. Consequently, these owners expect current trends to continue.

In the financial gains domain, although long-time owners initially list their homes at much higher prices when compared to those who have owned their home for a shorter time, it is possible that they are more willing to lower prices to get the house sold and (still) earn a profit, resulting in less price stickiness. When in the domain of financial gains, long-term owners’ greater willingness to lower their asking prices can be interpreted as a hedge against possible future unfavorable fluctuations in the market.

In comparison, in the domain of financial losses, having set prices lower to begin with, it is possible that long-time owners are more motivated to avoid further monetary losses and therefore are less willing to lower asking prices than those who have purchased the house more recently. The reason that we see a different and predicted pattern of results for emotional reference points is that the concept of market malleability is not relevant when considering emotional reference points. Financial and emotional reference points interact in different ways with the homeowners’ ownership duration in influencing pricing decisions.

The results from our research provide real estate professionals with insights concerning how their customers (homeowners) set prices in the housing market, and which persuasion strategies may be effective for encouraging sales. Two of the three variables we examined, ownership duration and financial reference point, are available to realtors from publicly available data sources such as Zillow.com. The third variable, emotional reference point, can be established from the preliminary interview with the homeowner or inferred by observing the homeowner’s possessions. Realtors may then be able to use this information to identify homeowners that may be more likely to ask for higher-than-warranted prices, and prepare to persuade them to price reasonably.

Our research suggests that the two types of sellers who are particularly prone to asking too much initially are long term owners in the domain of gains (financial and emotional) and short term owners in the domain of losses (financial and emotional). Thus, when meeting with these types of sellers, realtors should be particularly prepared for challenges to their pricing suggestions. Furthermore, if the home takes time to sell, realtors should be aware that sellers facing a long term financial loss or a short term financial gain will particularly unwilling to drop their asking price.

Katherine E. Loveland, PhD
Assistant Professor of Marketing, Xavier University
Kate Loveland earned a PhD in marketing from Arizona State University, a master’s in Public Administration from the University of Tennessee, and a Bachelor of Arts degree from Lewis and Clark College. Before coming to Xavier University in 2014 she taught Marketing at HEC Montreal. Her work focuses on how emotions shape consumption decisions and has been published in various marketing journals.

Utpal M. Dholakia, PhD
George R. Brown Professor of Marketing, Rice University
Utpal Dholakia has a PhD in marketing and a master’s degree in psychology from the University of Michigan, a master’s in operations research from The Ohio State University, and a bachelor’s degree in industrial engineering from the University of Bombay. His research interests lie in studying motivational psychology of consumers and online marketing issues such as virtual communities and online auctions. He also studies relational aspects of consumer behavior. He has published in a number of marketing and management journals, and consults with firms in financial services, energy, health-care and other industries.