One of the most important issues associated with building a high-powered real-estate organization is hiring the right people. According to the 2012 Economic Census there were just over 86,000 offices of real estate agents or brokers in the United States. How can your agency rise to the top of this crowded field? How can your agency have a break-through year? One consideration is to hire competitive people. 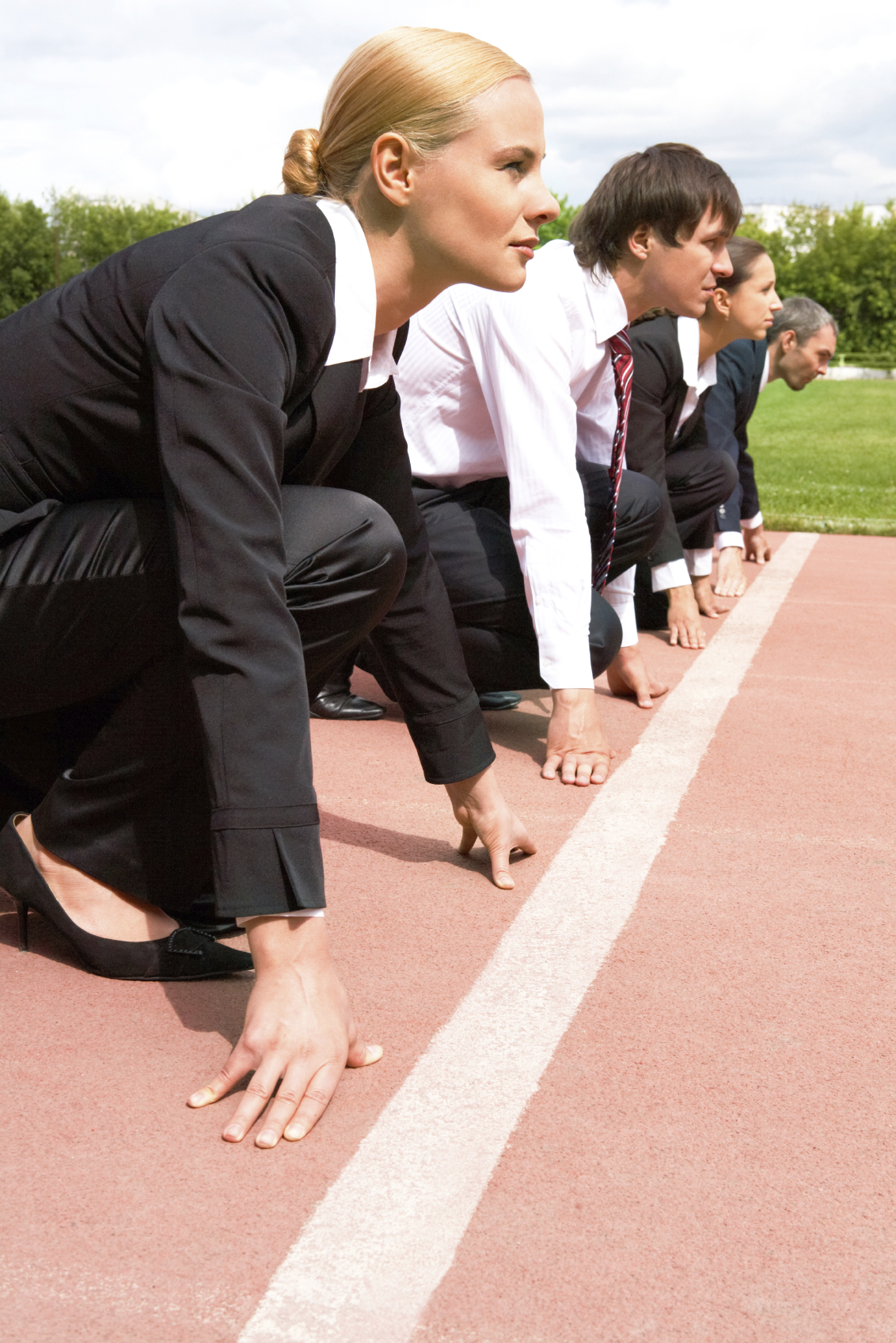 First, what does it mean to be competitive? A competitive person likes interpersonal competition. They want to be better than others and they want to win (Spence and Helmerich 1983). This desire to win fuels higher performance levels as competitors channel their “inner fire” to win according to Croner and Abraham (2008). It sounds like competitors will make great agents because they will be driven to succeed by their desire to win!

So then why do these competitive salespeople sometimes perform better and sometimes fail to produce better outcomes than non-competitive peers? One explanation is captured in the idea of person-organization fit (Caldwell and O'Reilly 1990; Holland 1985). This theory suggests that when you build an organizational climate that is consistent with the type of individuals you hire you get the best performance. Could it be that competitive salespeople only perform at their peak in competitive climates?

It looks like we found the missing link! It is not enough to hire competitive salespeople. If you want to have a high performing agency, you need both competitive agents and a competitive climate in your organization.

So What Should You Do? 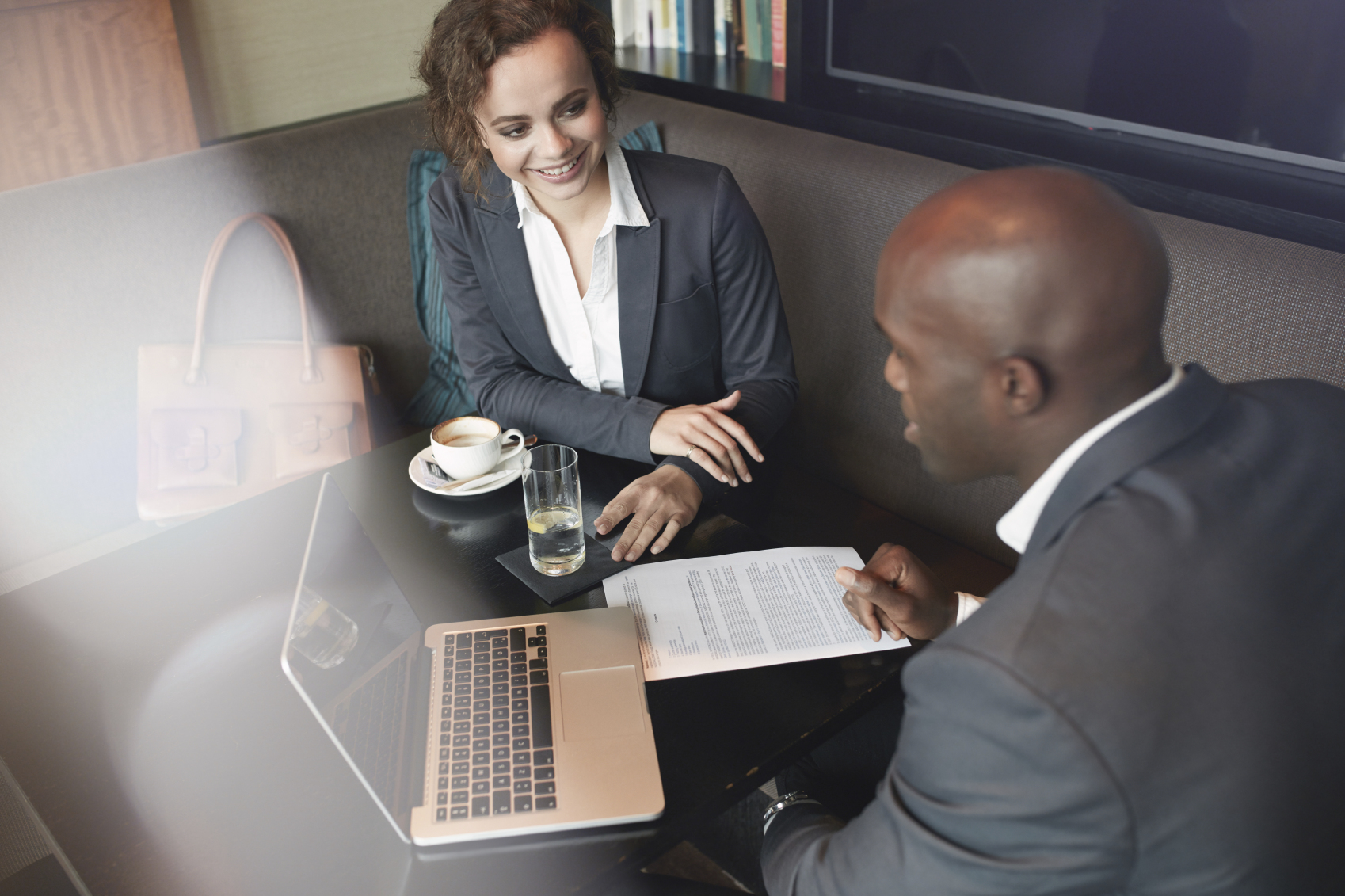 It’s important to note that you can emphasize competition by providing non-monetary rewards such as preferred parking spots, a trophy that gets passed around to the top agent (or agents) each month, or a celebratory lunch for top performers. The key is to create an environment where competitive agents sense that winners are valued! So have some fun with it and get to work hiring competitive agents and creating your high-performing, competitive climate – before one of the other 86,000 agencies beats you to it.

Keith A. Richards, PhD
Associate Professor of Marketing, Baylor University
Keith Richards (PhD – University of Houston) is an Associate Professor of Marketing at Baylor University. Keith’s holds an undergraduate degree from Baylor and an MBA from Indiana University. Prior to joining the faculty at Baylor, Keith served on the faculty at the University of Tennessee at Chattanooga. Keith’s research has been published in the Journal of Marketing, the Journal of Personal Selling and Sales Management and Industrial Marketing Management. His research is focused on understanding the relationships between sales organizations and their best customers. Keith also investigates the impact salespeople have on new product launches, the way salespeople think about success and failure; how they incorporate CRM technology; and what motivates their performance. Keith’s research won the 2009 James M. Comer Award for the Best Contribution to Theory in the Journal of Personal Selling and Sales Management. Prior to his academic career, Keith spent eight years as a strategy consultant with two management consulting firms: Kurt Salmon Associates and Accenture. Keith has helped numerous companies build and enhance their sales function. Keith has served the American Marketing Association’s Sales SIG as an officer for the past five years.

Wyatt A. Schrock, PhD Candidate
Michigan State University
Wyatt Schrock is currently an instructor and Ph.D. candidate in Marketing at Michigan State University (MSU). After receiving his degree from MSU, Wyatt will be joining the Marketing faculty at West Virginia University as an Assistant Professor. Wyatt’s primary research interests include persuasion, salesperson motivation and sales manager leadership. He has published an article in Marketing Letters and presented his research at several conferences across the U.S. and abroad. Wyatt has 10 years of sales and marketing experience, working for companies such as Procter & Gamble and Gannett, Valassis and Ryder. Wyatt also sat on the board of directors at a non-profit agency (Catholic Social Services of Wayne County) for four years. Wyatt received his B.B.A. in Marketing from the University of Michigan, Ann Arbor. He received an M.B.A. in Finance from the University of Miami.

Douglas E. Hughes, PhD
Associate Professor of Marketing, Michigan State University
Douglas E. Hughes (PhD – University of Houston) is an Associate Professor of Marketing and Director of the Strategic Sales Initiative at Michigan State University. His research focuses on sales force management, salesperson performance, customer relationships, branding, and the marketing-sales interface. Hughes serves as incoming Editor-in-Chief of Journal of Personal Selling & Sales Management and an Area Editor at Journal of the Academy of Marketing Science, and has published articles in the Journal of Marketing, Journal of Marketing Research, Journal of the Academy of Marketing Science, International Journal of Research in Marketing, Marketing Letters, Industrial Marketing Management, and Journal of Personal Selling & Sales Management. He was honored for the best doctoral dissertation and best published article on a sales topic by the American Marketing Association in 2009 and 2011 respectively and is also the recipient of the 2013 Withrow Emerging Scholar Award. Prior to his academic career, Hughes served as CEO of a business services firm, as a senior executive in both marketing and sales at Fortune 100/500 consumer products firms, and as a consultant to a variety of companies across multiple industries.

Frank Q. Fu, PhD
Associate Professor of Marketing, University of Missouri – St. Louis
Frank Q. Fu (PhD – University of Houston) is an Associate Professor of Marketing at the University of Missouri - St. Louis. He obtained his Ph.D. in Marketing from the University of Houston. He also holds an MBA in Marketing from the University of Rochester. His research interests focus on sales force management and marketing - sales performance improvement. He has published articles in the Journal of Marketing, Marketing Letters, Journal of Marketing Theory and Practice, Journal of Personal Selling and Sales Management, Performance Improvement, and Human Performance, among others. He has also presented research papers at various national and international conferences. Prior to join the academia, he gained valuable sales, marketing, and management experience in the pharmaceutical and medical device industries in China. For five years, he worked as sales representative, commercial supervisor, and district sales manager for a Johnson & Johnson company in China. As sales manager, he worked on several new product launches and was responsible for a $12 million sales budget. In addition to academic research and teaching, he helps American and Chinese companies improve their marketing and sales performance through consulting and advising efforts.

Eli Jones, PhD
Dean and Professor of Marketing, Texas A&M University
Eli Jones (PhD – Texas A&M University) is a Professor of Marketing, Dean of Mays Business School, and Lowry and Peggy Mays Eminent Scholar at his alma mater. He was Dean of the Sam M. Walton College of Business and the Sam M. Walton Leadership Chair at the University of Arkansas. Also, he served as Dean of the E. J. Ourso College of Business and the E. J. Ourso Distinguished Professor of Business at Louisiana State University (LSU). While at the University of Houston, he rose through the ranks as an Assistant Professor, Associate Professor with tenure, Full Professor, Associate Dean for Executive Education Programs, and the founding Executive Director of the Sales Excellence Institute. He has published in the Journal of Marketing, Journal of the Academy of Marketing Science, Journal of Personal Selling & Sales Management, Management Science, and Journal of Applied Psychology, among others. Before becoming a professor, Jones worked in sales and sales management for three Fortune 100 companies. Positions held include key account manager, key account executive, zone sales planning manager, sales manager, and zone sales manager designate.