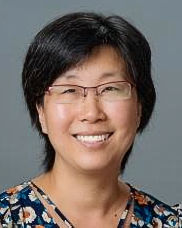 Jie Zhang is Associate Professor of Chinese Language and Literature at Trinity University and a specialist on Chinese literature and film. Her research focuses on pre-modern Chinese literary texts in post-modern, multimedia, and oftentimes border-crossing contexts. She has published on Chinese and transnational Chinese cinema in both the English and Chinese languages. Dr. Zhang is currently collaborating with Dr. Karen Kingsbury to translate stories by Chinese writer Eileen Chang into English. She is also working on a book project tentatively entitled Emotions in E-motions: Chinese Internet Culture in the 2010s. Before coming to Trinity, Dr. Zhang taught at Kenyon College and the Princeton in Beijing Program. She has also taught graduate courses on Chinese literature and cinema at the Middlebury Chinese School. She holds a B.A. in Chinese Languages and Literature from Beijing Normal University, an M.A. in Contemporary Chinese Literature from Peking University, and a PhD in Chinese and Comparative Literature from Washington University in St. Louis.