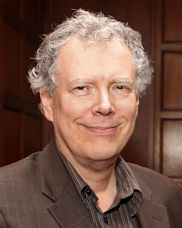 Darrell M. West is vice president The Brookings Institution and director of its Governance Studies and holds the Douglas Dillon Chair. He is Co-Editor-in-Chief of TechTank. His current research focuses on artificial intelligence, robotics, and the future of work. West is also director of the John Hazen White Manufacturing Initiative. Prior to Brookings, West was the John Hazen White Professor of Political Science and Public Policy and Director of the Taubman Center for Public Policy at Brown University.

Wests's most recent book is Turning Point: Policymaking in the Era of Artificial Intelligence (with co-author John R. Allen; Brookings Press, 2020), offering major recommendations for actions that governments, businesses, and individuals can take to promote trustworthy and responsible artificial intelligence. His other recent books include Divided Politics, Divided Nation (Brookings Press, 2019) The Future of Work: Robots, AI, and Automation (Brookings Press, 2018), Megachange: Economic Disruption, Political Upheaval, and Social Strife in the 21st Century (Brookings Institution Press, 2016), and Going Mobile: How Wireless Technology is Reshaping Our Lives (Brookings Press, 2015), among many others. His books have been translated into Chinese, Japanese, and Korean. In 2014, he was honored by Public Administration Review for having written one of the 75 most influential articles since 1940. This was for his article “E-Government and the Transformation of Service Delivery and Citizen Attitudes.”

West earned a B.A. from Miami University (Ohio) and a PhD in political science from Indiana University. Before joining Brookings he taught at Brown University was director of its Taubman Center for Public Policy.