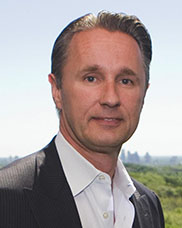 Between 1990 and 1997, René worked in Brussels as Senior Commercial Specialist at the U.S. Mission to the European Union. One of his responsibilities was monitoring and reporting on European legislation, particularly European Directives under the "New Approach" (CE Marking) including the Directives related to medical devices and in vitro diagnostics. He participated in the Mutual Recognition Agreement negotiations between the US and the European Union, earning a certificate of appreciation from the U.S. Secretary of Commerce. He also participated in the TransAtlantic Business Dialogue between directors of American and European companies. Earlier, René worked as senior issues coordinator for the EU Committee of the American Chamber of Commerce in Brussels and managing director of the European-American Industrial Council (EAIC). He has published numerous articles on medical device regulations and related issues and is co-author of a series of publications on European product legislation for the U.S. Department of Commerce and the National Institute for Standards and Technology. He holds a post-graduate degree from the Johns Hopkins University School for Advanced International Studies (SAIS) and a Masters Degree in Contemporary History from the University of Nijmegen, the Netherlands.