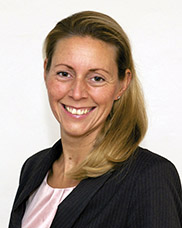 Stormy-Annika Mildner is a Research Fellow at the German Institute for International and Security Affairs (Stiftung Wissenschaft und Politik) and a Lecturer at the Hertie School of Governance in Berlin. Previously, she held teaching and research positions at the John F. Kennedy Institute at the Free University of Berlin and the German Council of Foreign Relations. Her areas expertise include globalization and the world economy; transatlantic economic relations; U.S. and EU trade policy; U.S. domestic economic policy; international organizations (WTO, World Bank, IMF); and international political economy. She is a PhD candidate in Economics at the Free University of Berlin, where she also completed her undergraduate education; holds an MS in Politics of the World Economy from the London School of Economics and Political Science; studied at Yale University as a Visiting Scholar; and completed secondary degrees at schools in the USA and Germany.