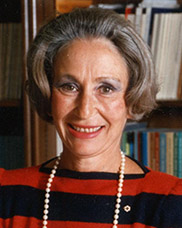 Sylvia Ostry is the Distinguished Research Fellow at the Centre for International Studies at the University of Toronto. She has held a number of positions in the Canadian Federal Government, among them, Chairman of the Economic Council of Canada, Ambassador for the Multilateral Trade Negotiations, and the Prime Minister's Personal Representative for the Economic Summit. She is a former head of the Economics and Statistics Department of the OECD in Paris, and she has received 19 honorary degrees from universities in Canada and abroad. Ostry has a Ph.D. in economics from McGill University and Cambridge University. She was named a Companion of the Order of Canada in 1990, the highest award in the Canadian national system of honors. Ostry was also admitted as a Fellow of the Royal Society of Canada and has had several works published.