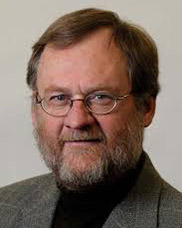 Michael Hart holds the Simon Reisman Chair in Trade Policy at the Norman Paterson School of International Affairs at Carleton University in Ottawa, Canada. Hart spent the 2004-05 academic year in Washington, D.C., as the Fulbright-Woodrow Wilson Center Visiting Research Chair in Canada-U.S. Relations. Concurrently, he was also a Scholar-in-Residence in the School of International Service and a Senior Fellow in the Center for North American Studies at American University in Washington, D.C. Hart is a former official in Canada's Department of Foreign Affairs and International Trade, and was founding director of Carleton's Centre for Trade Policy and Law. He holds an M.A. from the University of Toronto and is the author, editor, or co-editor of several books and articles on international trade issues.