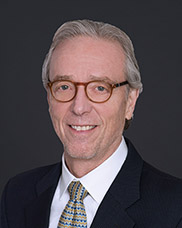 Robert Devlin has been an economist at the Inter-American Development Bank since 1994, most recently serving as Deputy Manager of the Integration and Regional Programs Department. Formerly, he had worked since 1975 with the United Nations Economic Commission for Latin America and the Caribbean, in Santiago, Chile, where he served as Deputy Director of the Division of International Trade, Finance and Transport. Devlin has a Ph.D. in Economics from American University, Washington, D.C. He was a lecturer at the Johns Hopkins School for Advanced International Studies, in Washington, D.C., during the period 1987-1990. He has published four books, including Bridges for Development (with Antoni Estevadeordal, IADB, 2004), and numerous articles in the areas or international economics and economic development.