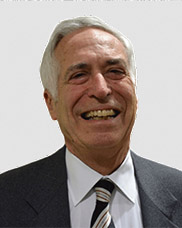 John Curtis is currently Senior Policy Advisor and Coordinator of Trade and Economic Policy, and Director of Trade and Economic Analysis for Foreign Affairs and International Trade Canada. Curtis played a major role in the development of the Asia Pacific Economic Cooperation (APEC) forum over the past decade, serving as the founding Chair of the Economic Committee during its first four years. He was involved in the work of the OECD Trade Committee and in the government of Canada's private sector consultative process on trade policy. Curtis has participated in the Canada-U.S. Free Trade negotiations, has held various positions in the Department of Consumer and Corporate Affairs, and has served in the economic policy secretariat of the Privy Council Office and with the International Monetary Fund in Washington, D.C. Curtis received a B.A. degree from the University of British Columbia and a Ph.D. in economics from Harvard. His research interests include all aspects of international trade, including the relationship of multilateral trade arrangements such as the GATT and the WTO to existing and emerging regional trading arrangements in Asia, Europe and Latin America.