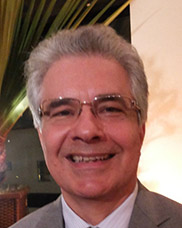 Jorge Chami Batista is the associate professor of the Instituto de Economia at the Federal University of Rio de Janeiro. He served as Secretary of Foreign Trade for the Brazilian Government and as a member of Mercosur's Common Market Group (GMC) in 1994. He is also a former Chief of the Department of Industry of the Ministry of Finance.