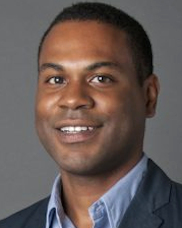 David Holland is deputy director of the Western States Arts Federation (WESTAF). He joined the organization in 2019 as director of public policy, leading its advocacy and public policy programs and serving as liaison with federal, regional, and state agencies. His leadership role has evolved to include professional development programming, grantmaking, and technical assistance.

Since joining WESTAF, Holland has co-directed the inaugural Creative Vitality™ Summit; authored the Creative Economies and Economic Recovery report in partnership with the National Assembly of State Arts Agencies; co-led the redesign of the National Endowment for the Arts’ Performing Arts Discovery program in collaboration with regional and national partners; established the Western Arts Advocacy Network; collaborated on developing new equity-focused relief and resilience grantmaking programs in the West and the Commonwealth of the Northern Mariana Islands; spearheaded WESTAF’s Arts and the Rural West and Arts Leadership and Advocacy Seminars; and secured private and public investment for WESTAF’s programs.

Holland previously served in leadership roles at the Arts and Business Council of Greater Boston, the Virginia Commonwealth University (VCU) da Vinci Center for Innovation, VCU School of the Arts, the Latin Ballet of Virginia, and the UK innovation foundation Nesta. He began his career with BOP Consulting, a global consultancy on culture and the creative industries.

He serves as a panelist for the National Endowment for the Arts and Colorado Creative Industries and has served on the boards of several nonprofits, including the Black History Museum and Cultural Center of Virginia. His writings have been published by Arts Council England, the British Council, and others. He is a Salzburg Global Fellow, an Evan Carroll Commager Fellow, and a fellow of the Royal Society of Arts. Holland holds a BA in economics and Asian studies from Amherst College and master’s degrees in international studies and diplomacy and the history of art from the University of London, SOAS.