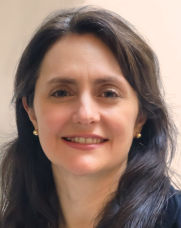 Pia Catton is a fundraising professional focused on the nonprofit performing arts. In January 2022, she became Development Director at Battery Dance Company after serving as Development and Marketing Manager at National Dance Institute. Her volunteer efforts in the nonprofit sector include the Clive Barnes Awards (Selection Committee), the Washington Heights Jazz Festival, and the Northern Manhattan Improvement Corporation.

Prior to fundraising, Pia wrote about the performing arts and a variety of subjects during her 20-year career as a journalist. As a Wall Street Journal reporter from 2010 to 2016, she created the “Let’s Talk Arts” podcast and a data-driven project to analyze Broadway ticket sales. In 2017, she become Editor-In-Chief of the start-up Dance.com, bringing dance in all forms to a digital audience. She was Culture Editor of the New York Sun newspaper, as well as a dance critic and reporter. She has written for the New York Times, the New York Post, ArtNews and more. She is a graduate of Kenyon College and the Mercersburg Academy.