Consulate General of the People's Republic of China in Houston 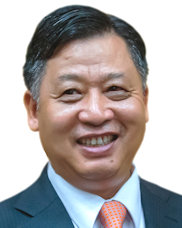 Mr. Li Qiangmin is the 13th and current Consul General of the People’s Republic of China in Houston. He assumed the office as of May 2014. In previous diplomatic postings, he served as Special Envoy to the China-Pacific Islands Forum Dialogue, Chinese Ambassador to the Republic of Zambia, Chinese Ambassador to the Republic of Uganda, and Counselor of the Chinese Embassy in the State of Israel. He also served as Deputy Director-General of the Department of African Affairs of Chinese Foreign Ministry.

Consul General Li has considerable expertise in economic and trade affairs. He served for ten years as Director and Deputy Director-General of the Foreign Trade and Economic Cooperation Department and the Foreign Trade and Economic Relations Commission of China’s Hunan Province. He also served at the Hunan Economic Management College and in the General Office of the Government of Hunan Province. He graduated from Central South University and obtained his MBA from the Research Institute for Management Science in the Netherlands.