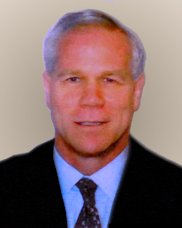 He has been involved in a number of major international and bilateral negotiations, including the Uruguay Round of Multilateral Trade Negotiations and bilateral/regional negotiations with Canada, Chile, Central America and the Dominican Republic, Peru, Colombia and Panama. He was a key member of the President’s Commission for Assistance to a Free Cuba (2003-2004) and was detailed in 2005 to the Department of State as a member of the Summit of the Americas Team, negotiating key elements of the Summit Plan of Action. Mr. Andersen has received three Department of Commerce Silver Medals, the department’s second highest honor. He holds a Masters of Public Affairs from the LBJ School of Public Affairs at the University of Texas at Austin and a BA in history from the University of Texas at San Antonio.