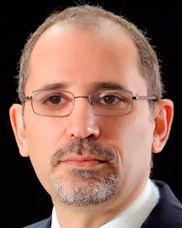 Ayman Safadi is currently CEO of Path Arabia, a political and communication strategy group that he founded in Abu Dhabi in 2014. In his native Jordan, he has served as Deputy Prime Minister, Minister of State and spokesperson for the government, and as an adviser to His Majesty King Abdullah II. He began his professional career in journalism and communications in the mid-1980s, before moving into politics and then management. He has served as CEO of Abu Dhabi Media Company and Director General of Jordan Radio and Television Corporation. He has edited a number of newspapers, including the Jordan Times and Al-Ghad. In 2004, he served as spokesperson for the United Nations Assistance Mission to Iraq. Mr. Safadi holds an M.A. in International Journalism from Baylor University and a B.A. in English Language and Literature from Yarmouk University.