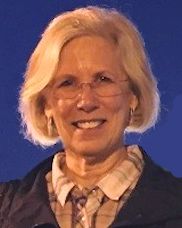 Joanne Held Cummings is a career Foreign Service Officer of the U.S. Department of State. She has served extensively in the Middle East, North Africa, and East Africa. Daughter of an FSO, she was raised in Lebanon, Iran, and Saudi Arabia. In the private and public sectors, she has worked in Iraq, Afghanistan, Jerusalem, Egypt, Saudi Arabia, Cyprus, Syria, Ethiopia, and Yemen, and has worked regionally from Morocco through Pakistan. Ms. Cummings has served as foreign policy advisor, refugee coordinator, consular officer, political officer, and economic and political section chief in various posts. This year, she has been on loan from the State Department to the U.S. Air force Academy in Colorado Springs. Born in Lincoln, Nebraska, Ms Cummings graduated summa cum laude in History from the American University in Beirut, holds an MA in Geography from the University of Texas at Austin, and has studied economics and finance at the graduate level.